Star! Scandinavia was a television channel in northern Europe that is devoted to entertainment and celebrity news and programming. The channel was managed by Scandinavian television broadcaster NonStop Television, part of Turner Broadcasting.

The channel was fashioned after Star! (a former Canadian entertainment channel now branded as E!, after the U.S.-based channel of the same namesake) and is licensed from Bell Media (previously CTVglobemedia and CHUM Limited). Programming is a mix of several Bell Media television channels such as E!, FashionTelevisionChannel, MuchMore and others. American entertainment news program Showbiz Tonight from HLN is shown several times a day on the channel. Star! Scandinavia has also shown several award shows such as the Grammy Awards, the Golden Globe Awards, the Sundance Film Festival and the BAFTA Film Awards.

Star! Scandinavia was launched in September 2000, but was then named E! after its American counterpart on a license with Comcast. A fashion channel called Style broadcast on the same channel during the daytime. E! has licensed its name and brand identity to regional cable television networks in nearly every country worldwide. This includes an international network (set up in Europe during 2005) that is broadcast from the Netherlands across most of Europe (i.e. Scandinavia, France, Ireland, the UK), and joint-venture channels in Israel and throughout Argentina, Brazil and the rest of Latin America. In July 2004 the Scandinavian channel changed its affiliation and was renamed Star! while E! set up their own channel in Europe.

It was originally available in Sweden, Norway, Finland and Denmark, but has since extended its coverage to Iceland, the Netherlands, Belgium and the Baltics. Programmes are not interrupted by commercials but placed in between programs. The channel is operated by NonStop Television, which also operates movie channels Showtime Scandinavia and Silver.

Following a deal between Star!'s brand owner, CTVglobemedia (now Bell Media), and Comcast, the original Star! channel in Canada was replaced by E! on 29 November 2010. The rebranding did not affect Star! in Scandinavia. [1]

Much is a Canadian English language specialty channel owned by Bell Media that primarily airs pop culture programming, most commonly in form of comedy, aimed at teenagers and young adults.

E! is an American basic cable channel owned by the NBCUniversal Television and Streaming division of NBCUniversal, a subsidiary of Comcast.

CHWI-DT, virtual and UHF digital channel 16, is a CTV 2 owned-and-operated television station serving Windsor, Ontario, Canada that is licensed to Wheatley. The station is owned by the Bell Media subsidiary of BCE Inc. CHWI-DT's studios are located at the Bell Canada Building in Downtown Windsor with a secondary office in Chatham, and its transmitter is located on Zion Road in Chatham. 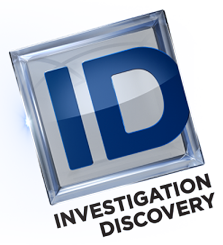 Investigation Discovery is a Canadian Discretionary service that is owned by Bell Media. Based on the U.S cable network of the same name, the channel primarily focuses on true crime programming.

CTV Sci-Fi Channel is a Canadian English language specialty channel owned by Bell Media. The channel primarily broadcasts speculative fiction and related programming. The network's original slogan was The Imagination Station, which for several years continued to be used informally by its fans. The channel launched on October 17, 1997.

CKCK-DT, virtual channel 2.1, is a CTV owned-and-operated television station licensed to Regina, Saskatchewan, Canada. The station is owned by the Bell Media subsidiary of BCE Inc. CKCK-DT's studios and transmitter are located on Eastgate Drive and Highway 1, just east of Regina proper.

Rogers Sports & Media is a subsidiary of Rogers Communications that owns the company's mass media and sports properties, such as the Citytv and Omni Television terrestrial television stations, Sportsnet, the Rogers Radio stations, and these properties' associated digital media outlets.

MTV2 is a Canadian pay television channel focused on lifestyle and general entertainment programming aimed at youth and teen audiences. The channel is owned by Bell Media, with the MTV2 name and branding used under an agreement with the ViacomCBS Networks Americas division of ViacomCBS.

Stingray Juicebox is a Canadian music channel owned by Stingray Digital. It is a commercial-free service that broadcasts music videos aimed at kids aged 8 to 14.

NonStop Television was a Scandinavian television company, part of Turner Broadcasting System, packaging and distributing a number of specialty channels, mostly to the Nordic region. The company is a part of Millennium Media Group. The first channel, now a Nordic version of E!, launched in September 2000.

E! is a Canadian English language specialty channel owned by Bell Media. Based on the American cable network of the same name, E! is devoted to entertainment programming including news, film, television, celebrities and fashion. NBCUniversal licenses the name and programming for the channel under a brand licensing agreement, but it doesn't hold an ownership interest.

E!, also referred to as E! Entertainment Television, was a Canadian English language privately owned television system. It operated from 2001 to 2009 under the ownership of Canwest. At its peak it consisted of eight local television stations located in Quebec, Ontario, Alberta and British Columbia, including five stations owned and operated (O&O) by Canwest and three affiliates owned by Jim Pattison Group.