Samuel Fox is credited with helping William Singleton to start the first "Adult School" [1] in Nottingham, England in 1798. [2] Initially, the classes were for young women from local lace and hosiery factories. [3] William Singleton, a Methodist, started the school, but it was Fox and the staff from his grocer shop that maintained it. Fox's staff was expected to teach at this school and Fox provided breakfast at 9 a.m. on a Sunday after they had completed two hours of teaching. [4] The school grew to include men, but it was said that Fox was specifically interested in improving adult education. Lessons are believed to have started with a Bible reading, but the book was then used as a textbook to enable scholars to practise reading and writing. Fox conducted lessons for three mornings a week for students of more advanced arithmetic and he would fund some to go to become teachers themselves. [4]

Education in Japan is compulsory at the elementary and lower secondary levels. Most students attend public schools through the lower secondary level, but private education is popular at the upper secondary and university levels. Education prior to elementary school is provided at kindergartens and day-care centers. The programmes for those children aged 3–5 resemble those at kindergartens. The educational approach at kindergartens varies greatly from unstructured environments that emphasize play to highly structured environments that are focused on having the child pass the entrance exam at a private elementary school. The academic year starts from April and ends in March, having summer vacation in August and winter vacation in the end of December to the beginning of January.

The educational system in Taiwan is the responsibility of the Ministry of Education. The system produces pupils with some of the highest test scores in the world, especially in mathematics and science. Former president Ma announced in January 2011 that the government would begin the phased implementation of a twelve-year compulsory education program by 2014. 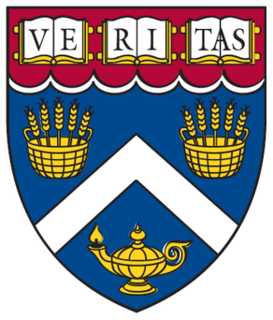 Harvard Extension School is The Extension School of Harvard University in Cambridge, Massachusetts. Under the Harvard Faculty of Arts and Sciences, the School offers graduate and undergraduate degrees, academic certificates, a Postbaccalaureate Premedical Program, and offers academic programs in a wide range of subject areas, from Biotechnology and Bioinformatics, to International Relations and Nuclear Deterrence, from Marketing and Finance to Sustainable Development. Founded in 1910 to extend Harvard's resources to the Greater Boston community, it has evolved over time to a global reach.

French immersion is a form of bilingual education in which students who do not speak French as a first language will receive instruction in French. In most French-immersion schools, students will learn to speak French and learn most subjects such as history, music, geography, math, art, physical education and science in French. Most school boards in Ontario offer French Immersion starting in grade one and others start as early as senior kindergarten. With the Toronto District School Board, French immersion is offered starting in senior kindergarten. At the primary level, students will receive instructions in French at a hundred percent of their instructional day. English instruction is introduced in grade 4, and the minutes of English instruction will increase throughout their educational career with up to fifty percent of English/French instruction daily.

Thomas Horace Rogers School is an alternative primary and secondary public school and part of the Houston Independent School District. The school is at 5840 San Felipe in Houston, Texas, United States, outside of the 610 Loop and inside Beltway 8, west of Uptown Houston.

The Peel District School Board is a school district that serves approximately 155,000 kindergarten to grade 12 students at more than 257 schools in the Region of Peel in Ontario. 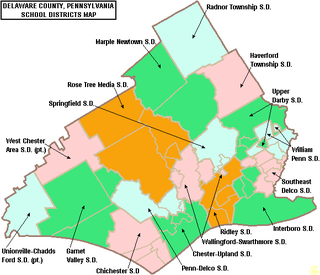 Lower Dauphin High School is a midsized, suburban, public high school located in Hummelstown, Pennsylvania. It is part of the Lower Dauphin School District, serving Hummelstown, East Hanover, South Hanover, Londonderry Township, and Conewago Township. In 2013, enrollment was reported as 1,176 pupils in 9th through 12th grades, with 13% of pupils eligible for a free lunch due to the family meeting the federal poverty level. Additionally, 15% of pupils received special education services, while 5.9% of pupils were identified as gifted. The school employed 69 teachers. Per the PA Department of Education 100% of the teachers were rated "Highly Qualified" under the federal No Child Left Behind Act. The school is not a federally designated Title I school.

Irvington High School: Frank H. Morrell Campus is a four-year comprehensive community public high school in Irvington, in Essex County, New Jersey, United States, that serves students in ninth through twelfth grades, as the lone secondary school of the Irvington Public Schools. IHS has three main floors and a basement, with each floor holding up to 23 classrooms. A west wing of the building was erected in the 1970s. The school is accredited by the Middle States Association of Colleges and Schools Commission on Elementary and Secondary Schools.

A sighted child who is reading at a basic level should be able to understand common words and answer simple questions about the information presented. They should also have enough fluency to get through the material in a timely manner. Over the course of a child's education, these foundations are built on to teach higher levels of math, science, and comprehension skills. Children who are blind not only have the education disadvantage of not being able to see: they also miss out on the very fundamental parts of early and advanced education if not provided with the necessary tools. 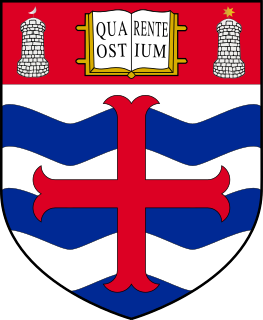 Samuel Fox (1781–1868) was a philanthropist and abolitionist Quaker from Nottingham. Fox was known for his good works in Nottingham. Fox supplied burials for cholera victims, food for the starving and helped start the first free school in Britain for poor adults. He founded and served as the first chairman of the Nottingham Building Society.