The flag of Malta (Maltese : Bandiera ta' Malta) is a basic bicolour, with white in the hoist and red in the fly. A representation of the George Cross, awarded to Malta by George VI in 1942, is carried, edged with red, in the canton of the white stripe. [1]

Tradition states that the colours of the flag were given to Malta by Roger I of Sicily in 1090. Roger's fleet landed in Malta on the completion of the Norman conquest of Sicily. It is said that local Christians offered to fight by Roger's side against the Arab defenders. In order to recognise the locals fighting on his side from the defenders, Roger reportedly tore off part of his chequered red-and-white flag. This story has, however, been debunked as a 19th-century myth, possibly even earlier due to the Mdina, Malta's old capital, associating its colours with Roger's in the late Middle Ages. [3] [4]

The flag of the Knights of Malta, a white cross on a red field, was a more likely source of the Maltese colours, inspiring the red and white shield used during the British colonial period.

The George Cross originally appeared on the flag placed on a blue canton (see List of flags of Malta). The flag was changed on 21 September 1964 with Malta's independence when the blue canton was replaced by a red fimbriation, the intention being that the Cross appear less prominent.

The civil ensign shows a red field, bordered white and charged with a blank Maltese cross. 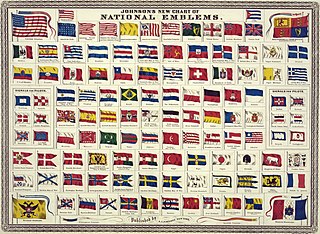 The Union Jack, or Union Flag, is the national flag of the United Kingdom. The flag also has official status in Canada, by parliamentary resolution, where it is known as the Royal Union Flag. Additionally, it is used as an official flag in some of the smaller British overseas territories. The Union Flag also appears in the canton of the flags of several nations and territories that are former British possessions or dominions, as well as the state flag of Hawaii. The claim that the term Union Jack properly refers only to naval usage has been disputed, following historical investigations by the Flag Institute in 2013.

The flag of France is a tricolour flag featuring three vertical bands coloured blue, white, and red. It is known to English speakers as the French Tricolour or simply the Tricolour. The Tricolour has become one of the most influential flags in history, with its three-colour scheme being copied by many other nations, both in Europe and the rest of the world.

The flag of Sweden consists of a yellow or gold Nordic cross on a field of blue. The Nordic cross design traditionally represents Christianity. The design and colours of the Swedish flag are believed to have been inspired by the present coat of arms of Sweden of 1442, which is blue divided quarterly by a cross pattée of gold, and modelled on the Danish flag. Blue and yellow have been used as Swedish colours at least since Magnus III's royal coat of arms of 1275.

The Red Ensign or "Red Duster" is the civil ensign of the United Kingdom of Great Britain and Northern Ireland. It is one of the British ensigns, and it is used either plain or defaced with a badge or other emblem, mostly in the right half. 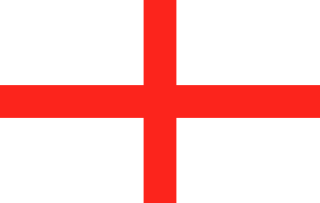 The national flag of Greece, popularly referred to as the "blue and white" or the "sky blue and white", is officially recognised by Greece as one of its national symbols and has nine equal horizontal stripes of blue alternating with white. There is a blue canton in the upper hoist-side corner bearing a white cross; the cross symbolises Eastern Orthodox Christianity, the established religion of the Greek people of Greece and Cyprus. The blazon of the flag is Azure, four bars Argent; on a canton of the field a Greek cross throughout of the second. The official flag ratio is 2:3. The shade of blue used in the flag has varied throughout its history, from light blue to dark blue, the latter being increasingly used since the late 1960s. It was officially adopted by the First National Assembly at Epidaurus on 13 January 1822.

In British maritime law and custom, an ensign is the identifying flag flown to designate a British ship, either military or civilian. Such flags display the United Kingdom Union Flag in the canton, with either a red, white or blue field, dependent on whether the vessel is civilian, naval, or in a special category. These are known as the red, white, and blue ensigns respectively.

The national flag of Ghana was designed and adopted in 1957 and was flown until 1962. It was then reinstated in 1966. It consists of the Pan-African colours of red, gold, and green, in horizontal stripes, with a black five-pointed star in the centre of the gold stripe. The Ghanaian flag was the second African flag after the flag of the Ethiopian Empire to feature these colours. The flag's design influenced that of the flag of Guinea-Bissau (1973). The flag of Ghana was designed by Theodosia Okoh (1922–2015).

The White Ensign, at one time called the St George's Ensign due to the simultaneous existence of a cross-less version of the flag, is an ensign flown on British Royal Navy ships and shore establishments. It consists of a red St George's Cross on a white field with the Union Flag in the upper canton. 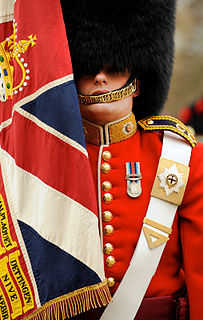 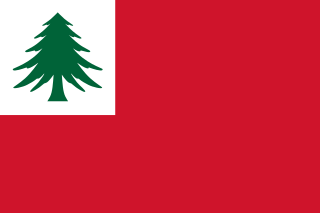 New England has no official flag, but there have been many historical and modern banners used to represent the New England Colonies or the six states of New England. There are some variations, but common designs include a plain colored field with a pine tree in the canton. The eastern white pine is the most common symbol of New England and often represents that tree's former importance in shipbuilding and New England's maritime culture. 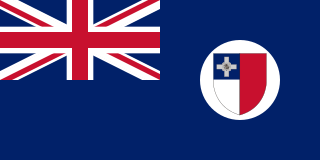 The Crown Colony of the Island of Malta and its Dependencies was the British colony in the Maltese islands, today the modern Republic of Malta. It was established when the Malta Protectorate was transformed into a British Crown colony in 1813, and this was confirmed by the Treaty of Paris in 1814.

The flag and coat of arms of the Sovereign Military Order of Malta display a white cross on a red field, ultimately derived from the design worn by the Knights Hospitaller during the Crusades.