Presiding Officer of the Scottish Parliament

In 2006 the St Andrews Fund for Scots Heraldry commemorated the hosting of the Heraldic & Genealogical Congress in Scotland by commissioning a ceremonial robe for the Presiding Officer to wear, however as of May 2017, it appears no Presiding Officer has worn the robe. [3]

The Scottish National Party proposes that in the event of independence, the Presiding Officer's post be replaced with that of Chancellor of Scotland. In addition to presiding over the Scottish Parliament, the Chancellor would possess additional constitutional powers during the absence of the Monarch from Scotland; chiefly, the Chancellor should act in a role similar to a Governor-General in the other Commonwealth realms. [4]

The House of Lords, also known as the House of Peers and domestically usually referred to simply as the Lords, is the upper house of the Parliament of the United Kingdom. Membership is granted by appointment or else by heredity or official function. Like the House of Commons, it meets in the Palace of Westminster.

The House of Commons, officially the Honourable the Commons of the United Kingdom of Great Britain and Northern Ireland in Parliament assembled, is the lower house and primary chamber of the Parliament of the United Kingdom. Like the upper house, the House of Lords, it meets in the Palace of Westminster. Owing to shortage of space, its office accommodation extends into Portcullis House. 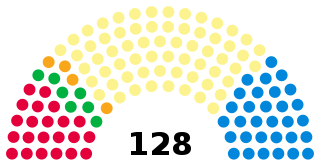 The Scottish Parliament is the devolved, unicameral legislature of Scotland. Located in the Holyrood area of the capital city, Edinburgh, it is frequently referred to by the metonym Holyrood. 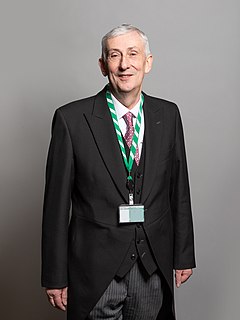 The Speaker of the House of Commons is the chief officer and highest authority of the House of Commons, the lower house and primary chamber of the Parliament of the United Kingdom. The current Speaker, Sir Lindsay Hoyle, was elected Speaker on 4 November 2019, following the resignation of John Bercow. Hoyle began his first full parliamentary term in the role on 17 December 2019, having unanimously been re-elected after the election. 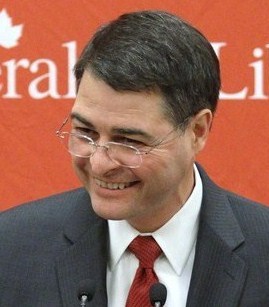 Sir George Reid is a Scottish politician. From February 1974 to May 1979 he served as a Scottish National Party Member of Parliament for Clackmannan and East Stirlingshire. He was elected in 1999 as a Member of the newly established Scottish Parliament as a regional MSP for Mid Scotland and Fife. From 2003 to 2007 he served as member for the Ochil constituency and was appointed as the Scottish Parliament's second Presiding Officer. He oversaw the completion of the new Parliament building at Holyrood and the move from The Mound to Holyrood in 2004. 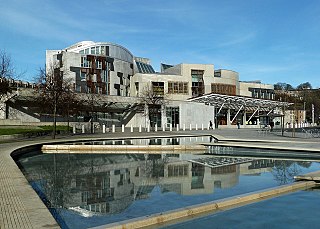 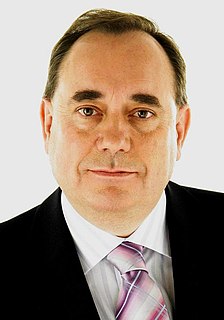 The Scotland Act 2012 is an Act of the Parliament of the United Kingdom. It sets out amendments to the Scotland Act 1998, with the aim of devolving further powers to Scotland in accordance with the recommendations of the Calman Commission. It received Royal Assent in 2012.

Events from the year 2014 in Scotland.