Thompson House is an historic structure located in Poughkeepsie, New York. Built c. 1880, it was listed on the National Register of Historic Places on November 26, 1982. The private residence is considered to be in "excellent" condition. [2] 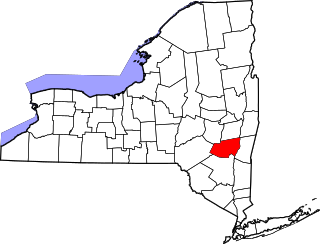 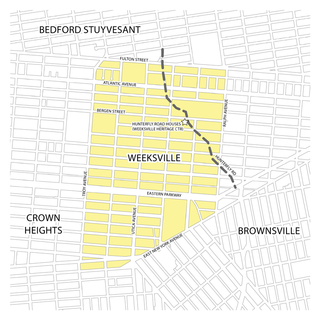 Weeksville is a historic neighborhood founded by free African Americans in what is now Brooklyn, New York, United States. Today it is part of the present-day neighborhood of Crown Heights. 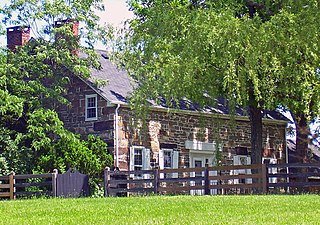 The Robert A. Thompson House is located along NY 302 in the Thompson Ridge section of the Orange County, New York, town of Crawford. It was built in 1822 in the Federal style. One of the stones in the northwest cable bears his initials and that date. His descendants established the Dutch-Belt dairy farm, which still operates. 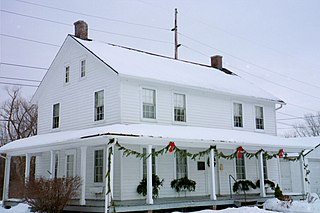 The Main Building of Vassar College is the oldest surviving building on its campus in Poughkeepsie, New York, and the center of academic life. It was built by James Renwick, Jr. in the Second Empire style in 1861, the second building in the history of what was one of America's first women's colleges. It is one of the earliest, largest, and most important examples of Second Empire architecture in the United States and is a National Historic Landmark for its architecture and educational significance. At the time of its completion, the structure contained the most interior space of any building in the United States, and housed the entire college, including dormitories, libraries, classrooms, and dining halls. Currently, the first and second floors house campus administration while the remaining three house student rooms. 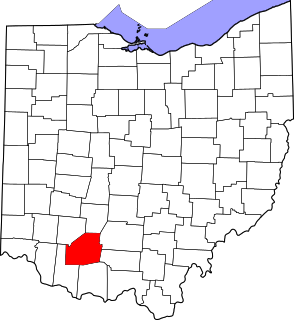 This is a list of the National Register of Historic Places listings in Highland County, Ohio. 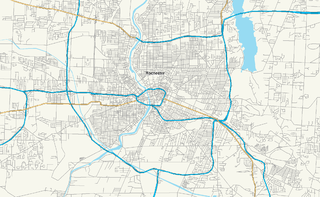 Thompson House is a historic house on N. Country Road in Setauket, Suffolk County, New York. It was built in 1709 and is a saltbox form dwelling. It is a rectangular, timber frame two story building with a one-story wing. It features a steeply pitched, asymmetrical gable roof with a central brick chimney.

Walter Thompson House and Carriage House is a historic home located at Philipstown in Putnam County, New York. The house was named North Redoubt after the American Revolutionary War redoubt on the hill next to the house. It was built between 1883 and 1890 and is a two-story half-timbered building on a stone foundation in the Tudor Revival style. It has a hipped roof whose overhang is supported by heavy timber brackets. The carriage house consists of two wings connected by a hyphen. The main wing has a gable roof and is topped by a cupola with domical roof.

The Gamaliel Thompson House is a former residential structure located at 101 Summit Street in the city of Hudson in westernmost Lenawee County, Michigan. It was designated as a Michigan State Historic State on February 22, 1974 and soon after listed on the National Register of Historic Places on April 3, 1975. It is located two blocks south of the Heman R. Goodrich House. The Thompson House now serves as the William G. Thompson House Museum. 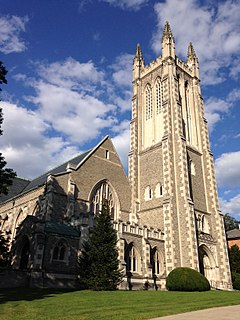 Allen & Collens was an architectural partnership between Francis Richmond Allen and Charles Collens that was active from 1904 to 1931. Allen had previously worked in the Boston-based partnerships Allen & Kenway (1878–91) and Allen & Vance (1896-98), which executed Lathrop House (1901) and Davison House (1902) at Vassar College. The firm was known for its Gothic Revival design work.

Anderson–Thompson House, also known as Thompson–Schultz House , is a historic home located in Franklin Township, Marion County, Indiana. It was built between about 1855 and 1860, and is a 1 1/2-story, ell shaped, Gothic Revival style dwelling. It rests on a low brick foundation, has a steeply-pitched gable roof with ornately carved brackets, and is sheathed in board and batten siding.