Norway elects its legislature on a national level. The parliament, the Storting (or Stortinget by Norwegian grammar), has 169 members elected for a four-year term (during which it may not be dissolved) by a form of proportional representation [1] in multi-seat constituencies.

Norway has a multi-party system, with numerous parties in which no one party often has a chance of gaining power alone, and parties must work with each other to form coalition governments or minority cabinets.

Norway uses the same system in both local and national elections when it comes to distributing mandates. This method is the modified Sainte-Laguë method and the underlying principle is that the number of seats a party gets in the Storting should be as close as possible to the relative number of votes the party got in the election.

There are some exceptions to the above-mentioned principle:

Unlike most parliaments, the Storting always serves its full four-year term; the constitution does not allow snap elections, nor does it give the monarch the right to dissolve parliament even if the government wants to do so. By-elections are not used, as the list-system means that vacant seats are merely filled by the next one on the party list (suppleants). This is also the case when candidates take temporary leave due to illness, childbirth etc.

High voter turnout is generally seen as beneficial by all parties, and the voting process has been streamlined in order to encourage voting. Registration is automatic and based on the national registry,

The ballots are uniform throughout the country, with the exception of the candidate list. Each ballot will contain the name of a party, and also a list of the candidates promoted by that party in order of priority. Voters may assign personal choices among those candidates by checking a box next to the candidates name(thus changing the priority). Voters may also write in names from other lists if they so desire.

The ballots are located inside each voting booth. Election officials are tasked with keeping the number of ballots in each voting booth approximately even, to reduce the possibility of influencing the voter.

Early voting can happen in any early polling place in the country, usually starting in July and ending about a week before election day. Voters wishing to vote early can search for polling places on the public website www.valglokaler.no. Early polling places are usually at City Halls or similar public buildings. Larger cities such as Oslo also deploy mobile early polling places in places such as large public transport hubs, metro stations etc. Voters are required to identify themselves before voting.

Voters may not change their ballot after submitting an early ballot.

Voters staying abroad can vote at Norwegian embassies and consulates.

Voters abroad who are not close to any Norwegian foreign station can vote through mail. They can request ballots to be sent to them. Voters can also write their own ballots, as long as they follow a few simple rules. [6]

Norway was up until 2018, divided into 19 counties, and each of the former counties is a constituency in the election. Each constituency elects a pre-calculated number of seats in the Parliament, the Storting, based on the population and geographical area of the constituency. Each inhabitant scores one point and each square kilometer scores 1.8 points. This calculation is done every eight years. This practice has been criticized because in some larger counties with sparse population a single vote counts more than in other more densely populated counties. Others claim that counties with a scattered and sparse population situated far away from the central administration should have a stronger representation in the Parliament. In recent elections a vote in the northernmost county Finnmark has counted approximately twice a vote in the capital Oslo or the surrounding county Akershus.

After the votes are counted and the members of the Parliament are designated their respective seats of their county, 19 leveling seats , one in each county, are divided to parties who got fewer seats than their election result percentage would suggest. This practice was adopted in 1989. However, only parties with more than 4% of the votes on a national basis – the election threshold – are entitled to leveling seats.

For the elections of 2005 and 2009 the distribution of seats, including levelling seats, is as follows:

Plurality voting is an electoral system in which a candidate, or candidates, who poll more than any other counterpart, are elected. In a system based on single-member districts, it elects just one member per district and may be called first-past-the-post (FPTP), single-choice voting, simple plurality or relative/simple majority. In a system based on multi-seat districts, it elects multiple candidates in a district and may be referred to as winner-takes-all, bloc voting or plurality block voting.

Proportional representation (PR) characterizes electoral systems in which divisions in an electorate are reflected proportionately in the elected body. The concept applies mainly to geographical and political divisions of the electorate.

Elections in Sweden are held once every four years. At the highest level, all 349 members of Riksdag, the national parliament of Sweden, are elected in general elections. Elections to the 20 county councils and 290 municipal assemblies – all using almost the same electoral system – are held concurrently with the legislative elections on the second Sunday in September. 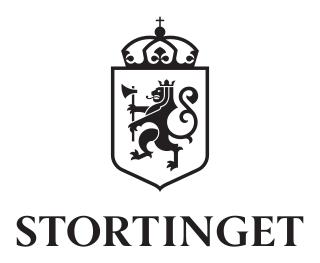 The Storting is the supreme legislature of Norway, established in 1814 by the Constitution of Norway. It is located in Oslo. The unicameral parliament has 169 members, and is elected every four years based on party-list proportional representation in nineteen multi-seat constituencies. A member of Stortinget is known in Norwegian as a stortingsrepresentant, literally "Storting representative". 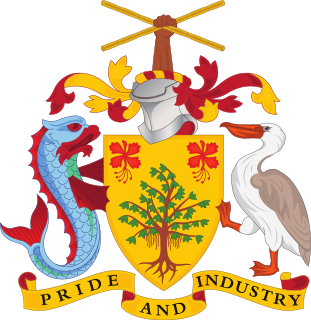 Elections in Barbados is the process of conducting general elections or by-elections and formulating election results in Barbados. An election is a process in which a vote is held to democratically elect national candidates to an office. In the case of Barbados, it is the mechanism by which the electors choose members to fill elective offices in the House of Assembly. Elections are held on Election Day. These general elections do not have fixed dates, but must be called within five years of the opening of parliament following the last election. A former minister of the DLP, Warwick Franklin summed up the general elections process in Barbados as saying it is really just, "30 by-elections on the same day."

In various parliamentary systems, a returning officer is responsible for overseeing elections in one or more constituencies.

The Italian Electoral law of 2017, colloquially known by the nickname Rosatellum bis or simply Rosatellum, after Ettore Rosato, the Democratic leader in the Chamber of Deputies who first proposed the new law, is a parallel voting system, which act as a mixed system, with 37% of seats allocated using a first past the post electoral system and 61% using a proportional method, with one round of voting. The Senate and the Chamber of Deputies did not differ in the way they allocated the proportional seats, both using the largest remainder method of allocating seats.