Last updated April 08, 2021
This article is about the town in England. For the Australian location, see Framlingham, Victoria. For the US town, see Framingham, Massachusetts.
Town and civil parish in Suffolk, England
Human settlement in England

Framlingham is an English market town and civil parish in Suffolk. Of Anglo-Saxon origin, it appears in the 1086 Domesday Book. The parish had a population of 3,342 at the 2011 Census and an estimated 4,016 in 2019. [1] [2] Nearby villages include Earl Soham, Kettleburgh, Parham, Saxtead and Sweffling.

An electoral ward of the same name exists. The parish stretches north-east to Brundish with a total ward population taken at the 2011 Census of 4,744. [3]

Framlingham's history can be traced to an entry in the Doomsday book (1086) when it then consisted of several manors.

The medieval Framlingham Castle is a major feature in the town, managed by English Heritage. Mary Tudor (daughter of Henry VIII and his first wife Catherine of Aragon) was proclaimed Queen of England at Framlingham castle in 1553. The castle is referred to in Ed Sheeran's 2017 single "Castle on the Hill", Sheeran having grown up in Framlingham. There is a large lake or mere next to it which used to supply the castle with fish. It is managed by the Suffolk Wildlife Trust; a nature walk can be made around it.

The town is also home to the comprehensive secondary Thomas Mills High School, the independent school Framlingham College, the Church of St Michael the Archangel which dates from the 12th century (the main rebuilding dates from the late 15th and 16th centuries) and Framlingham Town F.C.

The town has the two oldest functioning Post Office pillar boxes in the UK, dating from 1856, located in Double Street and in College Road. [4] The pillar boxes are marked V. R., to mark the reign of Queen Victoria.

Framlingham also has one of the smallest houses in Britain, known as the "Check House". Converted into a two-storey residence of under 29 square metres, the former bookmakers office [5] is in the Mauldens Mill Estate in the town centre. The ground floor measures 20 feet (6.1 m) by 7 feet 3 inches (2.21 m). [5]

There is a traditional English market in the town square, Market Hill, every Tuesday and Saturday offering fruit and vegetables, artisan bread and cakes, fresh fish, coffee, cheese and pies and on occasion, other independent stalls.

Framlingham is located some 14 miles from the coastal town of Aldeburgh and 20 miles from Southwold. It is also 10 miles from the renowned music centre of Snape Maltings. It is itself surrounded by agricultural land.

In 2006, Country Life magazine voted Framlingham the number one place to live in the country. [6]

Framlingham has a conservation area. An oak tree planted in 1911 in honour of the Coronation of King George V survives outside the old railway station, now a pub named The Station in Station Road.

Framlingham was the main location setting for the 2014 BBC4 television comedy series The Detectorists, starring Mackenzie Crook, Toby Jones and Rachel Stirling and has appeared in other TV programmes.

Framlingham College is an independent, co-educational secondary school for boarders and day students. It opened as Albert Memorial College in 1865 in memory of Albert, Prince Consort. Its associated preparatory school is at Brandeston Hall. [7]

Thomas Mills High School dates from 1751, making it older than Framlingham College. It is a mixed secondary school for pupils aged 11 to 18. It gained academy status in 2011. [8]

Of the three primary schools, the oldest is Sir Robert Hitcham's Church of England Voluntary Primary School, dating back to at least 1654. It now has 350 pupils and another 26 in its nursery. [9]

The Framlingham Branch line connected Framlingham with the main Ipswich to Lowestoft railway at Wickham Market. The railway station building stands adjacent to the Station Hotel. The branch was closed to passenger traffic in the 1950s and to goods in the 1960s. The nearest railway stations today are Wickham Market (7 miles (11 km)) at Campsey Ash and Saxmundham (8 miles (13 km)), both on the East Suffolk Line.

Framlingham College has a swimming pool and gymnasium open to the public in pre-booked slots. Membership fees required.

Framlingham has a sports club in Badingham Road, where the football team play, offering residents tennis, archery, badminton, hockey and croquet. It is also where the cycling club meets. There is also a rambling club in the town and an active Scout and Cubs group. It has a modern St John Ambulance Centre in Fairfield Road.

In order of birth:

Suffolk is an East Anglian county of ancient origin in England. It has borders with Norfolk to the north, Cambridgeshire to the west and Essex to the south. The North Sea lies to the east. The county town is Ipswich; other important towns include Lowestoft, Bury St Edmunds, Newmarket, and Felixstowe, one of the largest container ports in Europe.

Bungay is a market town, civil parish and electoral ward in the English county of Suffolk. It lies in the Waveney valley, 5.5 miles (9 km) west of Beccles on the edge of The Broads, and at the neck of a meander of the River Waveney.

Woodbridge is a historic market town in Suffolk, England, about 8 miles (13 km) up the River Deben from the sea. It lies a short distance from the wider Ipswich urban area. It is close to some major archaeological sites of the Anglo-Saxon period, including the Sutton Hoo burial ship. Woodbridge is well known for its boating harbour and tide mill, at the edge of the Suffolk Coast and Heath Area of Outstanding Natural Beauty. Several festivals are held. As the "gem in Suffolk's crown", it has been named the best place to live in the East of England. 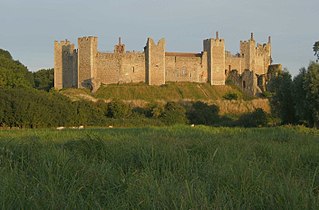 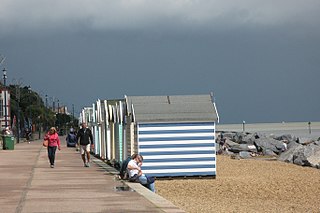 Felixstowe is a seaside town in Suffolk, England. At the 2011 Census, it had a population of 23,689. The Port of Felixstowe is the largest container port in the United Kingdom. 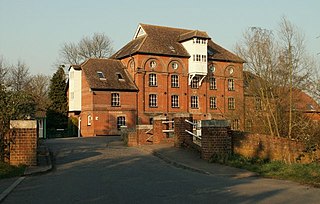 Needham Market is a town in Suffolk, England. The town of Needham, Massachusetts, was named after Needham Market. 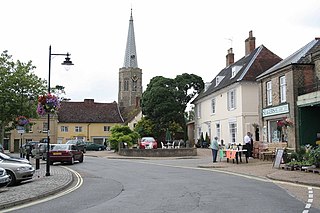 Wickham Market is a large village and electoral ward situated in the River Deben valley of Suffolk, England, within the Suffolk Coastal heritage area. 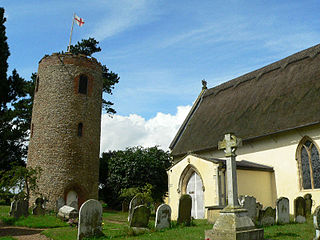 Bramfield is a village and civil parish in the east of the English county of Suffolk, and in the East Suffolk district. It is 5 miles (8.0 km) south of the market town of Halesworth on the A144 road between Halesworth and the A12 road, one of the main arterial routes through the county. The village is 24 miles (39 km) north-east of the county town of Ipswich and 15 miles (24 km) south-west of the port of Lowestoft. The East Suffolk railway line between Lowestoft and Ipswich passes close to the west of the village with Halesworth railway station being the nearest station. 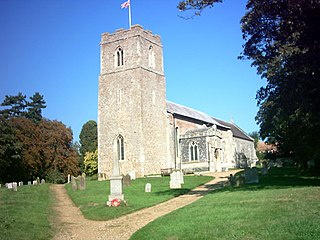 Badingham is a civil parish in the East Suffolk district of eastern England, in the county of Suffolk. It is situated 21.8 miles north east of Ipswich, 35 miles away from Norwich and 13 miles away from the Coast. With the road "A1120" slicing through the middle of the parish. Badingham's name is Anglo-Saxon and means "the farmstead of Beada's people". Badingham contains a significant number of farms, sparse amount of housing, numerous B&Bs as well as St. Johns Church. 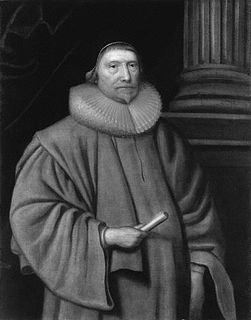 Sir Robert Hitcham was a Member of Parliament and Attorney General under King James I. 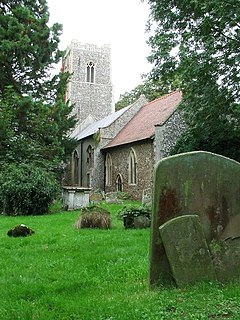 Levington is a small village in the county of Suffolk, England in the East Suffolk district. The population of the parish including Stratton Hall at the 2011 Census was 259. 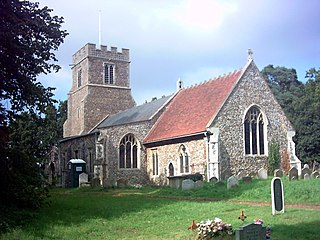 Marlesford is a village and civil parish in the East Suffolk district, in the English county of Suffolk. The population of the civil parish at the 2011 Census was 233. 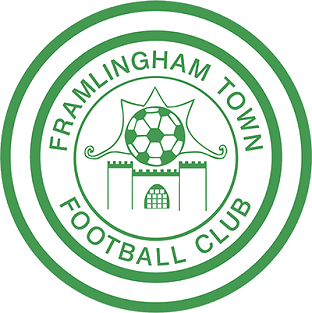 Framlingham Town Football Club is a football club based in Framlingham, Suffolk, England. Affiliated to the Suffolk County Football Association, they are currently members of the Eastern Counties League Division One North and play at Badingham Road. 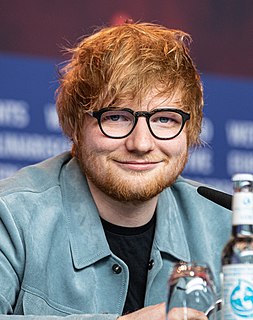 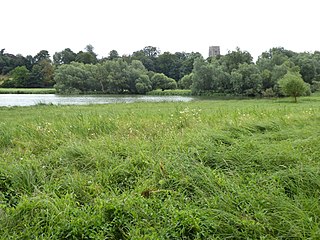 Framlingham Mere is a 13.8-hectare nature reserve in Framlingham in Suffolk. It is managed by the Suffolk Wildlife Trust. 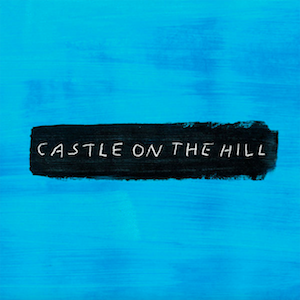 "Castle on the Hill" is a song by English singer-songwriter Ed Sheeran. It was released as a digital download on 6 January 2017 as one of the double lead singles from his third studio album ÷ (2017), along with "Shape of You". "Castle on the Hill" was written and produced by Ed Sheeran and Benny Blanco. The song refers to Framlingham Castle in Sheeran's home town of Framlingham in Suffolk, and reminisces tales of his upbringing in the town. The BBC states, "the song has been described as a love letter to Suffolk."