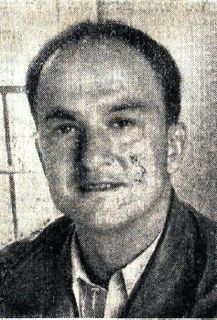 Louis Adamic was a Slovene-American author and translator, mostly known for writing about and advocating for ethnic diversity of America.

Enrique Beltrán Castillo was one of Mexico's first conservationists. A student of Alfonso Herrera at the UNAM in the 1920s, Beltrán was appointed by Herrera "to head two marine commissions, that were established to study and improve the use of Mexico's coastal fisheries."