Guggenheim Fellowships were awarded in 1988 to 280 people:

Guggenheim Fellowships are grants that have been awarded annually since 1925 by the John Simon Guggenheim Memorial Foundation to those "who have demonstrated exceptional capacity for productive scholarship or exceptional creative ability in the arts." The roll of Fellows includes numerous Nobel Laureates, Pulitzer, and other prize winners. 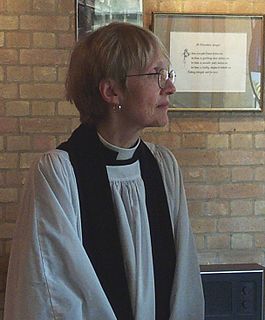 Stephen Robert Anderson is an American linguist. He is the Dorothy R. Diebold Professor of Linguistics Emeritus at Yale University and was the 2007 president of the Linguistic Society of America.

Overton Brent Berlin is an American anthropologist, most noted for his work with linguist Paul Kay on color, and his ethnobiological research among the Maya of Chiapas, Mexico.

Christopher Benfey is an American literary critic and Emily Dickinson scholar. He is the Mellon Professor of English at Mount Holyoke College.

Jay Cantor is an American novelist and essayist.

Sucheng Chan is a Chinese-American author, historian, scholar, and professor. She established the first full-fledged autonomous Department of Asian American Studies at a major U.S. research university and she was the first Asian American woman in the University of California system to hold the title of provost.

Elizabeth Ann Clark is Professor Emeritus of the John Carlisle Kilgo Professorship of Religion at Duke University. She is notable for her work in the field of Patristics. Clark expanded the study of early Christianity, pioneering the application of modern theories such as feminist theory, social network theory, and literary criticism to ancient sources.

Deborah Digges was an American poet and teacher.

David Paul Dobkin is the Dean of the Faculty and Phillip Y. Goldman '86 Professor of Computer Science at Princeton University.

Louise Ann Dolan is an American mathematical physicist and professor of physics at the University of North Carolina at Chapel Hill. She does research in theoretical particle physics, gauge theories, gravity, and string theory, and is generally considered to be one of the foremost experts worldwide in this field. Her work is at the forefront of particle physics today.

Gretel Ehrlich is an American travel writer, poet, and essayist.

Jon Elster is a Norwegian social and political theorist who has authored works in the philosophy of social science and rational choice theory. He is also a notable proponent of analytical Marxism, and a critic of neoclassical economics and public choice theory, largely on behavioral and psychological grounds.

Lasker-DeBakey Clinical Medical Research Award is one of four annual awards presented by the Lasker Foundation. The Lasker-DeBakey award is given to honor outstanding work for the understanding, diagnosis, prevention, treatment, and cure of disease. This award was renamed in 2008 in honor of Michael E. DeBakey. It was previously known as the Albert Lasker Award for Clinical Medical Research. 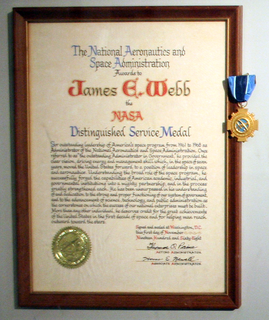 The NASA Distinguished Service Medal is the highest award which may be bestowed by the National Aeronautics and Space Administration of the United States. The medal may be presented to any member of the federal government, including both military astronauts and civilian employees.

The Canada Gairdner International Award is given annually at a special dinner to five individuals for outstanding discoveries or contributions to medical science. Receipt of the Gairdner is traditionally considered a precursor to winning the Nobel Prize in Medicine; as of 2018, 86 Nobel Prizes have been awarded to prior Gairdner recipients.

The William James Fellow Award is an award of the Association for Psychological Science which "honors APS Members for their lifetime of significant intellectual contributions to the basic science of psychology". The requirement is that "recipients must be APS members recognized internationally for their outstanding contributions to scientific psychology". It is named after William James. As part of APS's 25th Anniversary, the APS Board of Directors recognized a larger class of William James Fellows in 2013, identifying them as individuals who have had a profound impact on the field of psychological science over the previous quarter century.