Pakistan is a federal republic with three tiers of government: national, provincial and local. Local government is protected by the constitution in Articles 32 and 140-A, and each province also has its own local-government-enabling legislation and ministries responsible for implementation. District councils and metropolitan corporations are respectively the highest rural and urban tiers of local government in the provinces. Both urban and rural local government have two or three tiers in all provinces except Khyber Pakhtunkhwa, where councils are not identified as either urban or rural. There are 129 district councils across the four provinces, 619 urban councils made up of one city district, four metropolitan corporations, 13 municipal corporations, 96 municipal committees, 148 town councils, 360 urban union committees, and 1,925 rural councils. Additionally there are 3339 neighbourhood, ‘tehsil’ and village councils in Khyber Pakhtunkhwa. [1]

The National Reconstruction Bureau of Pakistan was an independent and constitutionally established federal institution tasked with economic recovery and prosperous development through the local government system. It was dissolved in May 2011.

City Districts of Pakistan are districts in Pakistan that consists primarily of an urban area, such as a small city or large metropolitan area. While there are 149 total districts in Pakistan, only 10 have been designated "city districts". City Districts are assigned administrative boards responsible for certain areas of governance in their respective areas. The degree of administrative autonomy of these districts similarly varies greatly.

Among the three tiers of local government, Tesil government is second tier of it. It is where the functions, responsibilities and authorities of districts government is divided into more smaller units, these units are known as "Tehsil". The Tehsils are used in all over the Pakistan except Sindh province where the word "Taluka" is used instead, although the functions and authorities are same. The head of the Tehsil government is "Tehsil Nazim" who is assisted by the tehsil Naib-Nazim. Every tehsil has a Tehsil Municipal Administration, consisting of a Tehsil council, Tehsil Nazim, tehsil/taluka municipal officer(TMO), Chief officer and other officials of local council.[ citation needed ]

A Tehsil Municipal Administration (TMA) is an organization associated with each tehsil of Pakistan. TMAs are responsible for spatial planning and municipal services, and work closely with union councils.

Members of Union Council including Union Administrator and Vice Union Administrator are elected through direct elections based on adult franchise and on the basis of joint electorate. However, for the election to the reserved seats for Women in Zila Council proportionately divided among Tehsils or Towns shall be all members of the Union Councils in a Tehsil or Town. It is the responsibility of the Chief Election Commissioner to organize and conduct these elections.

Subahdar was one of the designations of a governor of a Subah (province) during the Mughal era of India who was alternately designated as Sahib-i-Subah or Nazim. The word, Subahdar is of Persian origin.

Kehal Urban is one of the 51 union councils of Abbottabad District in Khyber-Pakhtunkhwa province of Pakistan. It is located in the west of the district. It is one of the beautiful Union Councils of the District Abbottabad. After Local Bodies Election its Local Body members are:

Lahor is a tehsil located in Swabi, Khyber Pakhtunkhwa, Pakistan. The town of Lahor is the headquarters of the tehsil.

There are 8 divisions and 64 districts in Bangladesh, each district further subdivided into upazila. The area within each subdistrict, except for those in metropolitan areas, is divided into several unions, with each union consisting of multiple villages. Direct elections are held for each union, electing a chairperson and a number of members. In 1997, a parliamentary act was passed to reserve three seats in every union for female candidates. Following elections in the 2014–16 period, 25.2% of councillors were women, up from 23.4% in the 2011–13 period.

Manki is a village near by Tordher. It is 20km away from Swabi and 13km away from Jehangira. There are some great educational institute in Manki like Government Girls Degree college, Muslim College of Science, Darvesh Public School, Faran School and more. Manki is an administrative unit, known as Union council of Swabi District in the Khyber Pakhtunkhwa province of Pakistan.

Dobian is an administrative unit, known as a union council of Swabi District in the Khyber Pakhtunkhwa province of Pakistan. 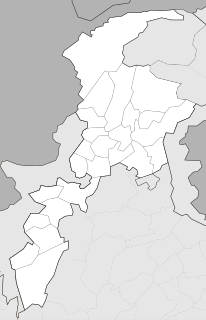 Matta is an administrative subdivision (Tehsil) of Swat District in the Khyber Pakhtunkhwa province of Pakistan.

Barikot is an administrative subdivision (Tehsil) of Swat District in the Khyber Pakhtunkhwa province of Pakistan.

Charbagh is an administrative subdivision (Tehsil) of Swat District in the Khyber Pakhtunkhwa province of Pakistan.

Gulkada is an administrative unit, known as Union council in Tehsil Babuzai, or Wards of Swat District in the Khyber Pakhtunkhwa province of Pakistan.

Nazim-e-Peshawar is the Mayor who heads the Municipal Corporation of Peshawar (MCP) which controls the City District Government of Peshawar.

33% seats are reserved for women, 5% for farmers or workers, 5% for minorities