The Montreux Jazz Festival opened on 18 June 1967 and was founded by Claude Nobs, Géo Voumard and René Langel [2] with considerable help from Ahmet and Nesuhi Ertegun of Atlantic Records. The festival was first held at Montreux Casino. The driving force is the tourism office under the direction of Raymond Jaussi. It lasted for three days and featured almost exclusively jazz artists. The highlights of this era were Charles Lloyd, Miles Davis, Keith Jarrett, Jack DeJohnette, Bill Evans, Soft Machine, Weather Report, The Fourth Way, Nina Simone, Jan Garbarek, and Ella Fitzgerald.

Originally a pure jazz festival, it opened up in the 1970s and today presents artists of nearly every imaginable music style. Jazz remains an important part of the festival. Part of the festival's expansion was due to coproduction by Quincy Jones who brought many international artists in the early 1990s. Today's festival lasts about two weeks and attracts an audience of more than 200,000 people.

Initiator and head organizer Claude Nobs brought an array of artists to Montreux. [3] Mathieu Jaton has organised the festival since Nobs’ death in 2013.

The festival was originally held at the original Montreux Casino, which burned down in December 1971 during Frank Zappa's performance (as referenced in "Smoke on the Water" by Deep Purple). The festival was held then in other auditoriums in Montreux, until it could return to the rebuilt new Casino in 1975. The festival continued to grow, and in 1993, it moved to the larger Montreux Convention Centre. From 1995 through 2008, it occupied both the convention centre and the casino. Beginning with the 41st MJF in 2007, nightly performances of headliners were again moved mainly to the Montreux Musique & Convention Centre (though the Casino still hosts the odd one-off shows), owing mainly to logistics: the Casino is approximately 1 kilometre (1,100 yd) from the Convention Centre, making it difficult for crew, artists and technical personnel (as well as fans) to travel easily through crowded streets from one venue to the other. (This is exacerbated by the presence of a large number of streetside vendors and artisans – as well as strolling crowds of tourists – on the lakefront walk that connects the venues.) As of 2007, the Convention Centre hosts two main stages, Auditorium Stravinski (capacity 3,500) and Miles Davis Hall (capacity 1,800), as well as the smaller Montreux Jazz Cafe, and several smaller open-air stages around the Centre. Additional themed shows (Bahia, Blues, etc.) are held on boats cruising the lake and train cars traveling the region, and various workshops and competitions are held at the nearby Montreux Palais and Le Petit Palais.

The festival changed in the 1980s: it grew dramatically and included an even wider variety of music styles. [4] Jazz remained important, as did Brazilian music, but more rock and pop artists were also invited.

The expansion that began in the 1980s has continued since then – Montreux transformed from a jazz festival into a world music festival. Quincy Jones co-produced the festival from 1991 to 1993. By 1993, the festival had outgrown the Casino and moved to the larger Convention Centre. The number of visitors rose from 75,000 in 1980 to 120,000 in 1994, and an "Off-festival" developed on the lakeshore promenades and in the cafés of Montreux.

The festival has also played host to some well-known and talented student groups, including big bands and vocal ensembles. Young, talented musicians are encouraged to take part in several competitions.

Three international competitions are organised by the Montreux Jazz Artists Foundation [5] every year: Solo Piano, Guitar, and Voice. Each competition has its own jury composed of professionals and chaired by a world-renowned musician (in 2008: Fazıl Say for the Piano Solo, Lee Ritenour for the Guitar, Patti Austin for the Voice competition). In addition, until 2016, a local competition, the Tremplin Lémanique, was aimed at jazz bands that are based in one of the regions of the Léman lake: the French departments of Ain and Haute Savoie and the Swiss cantons of Geneva, Vaud and Valais. [6]

Main article: List of performers at the Montreux Jazz Festival

Albums recorded at the festival 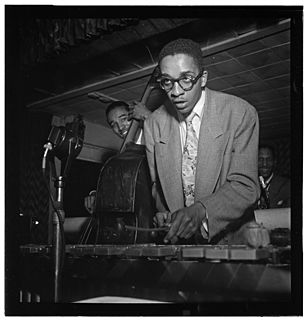 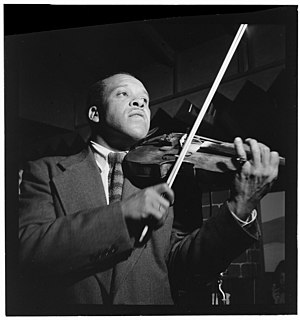 Claude Nobs was the founder and general manager of the Montreux Jazz Festival.

Paulinho da Costa is a Brazilian percussionist born in Rio de Janeiro, considered one of the most recorded musicians of modern times. Beginning his career as a samba musician in Brazil, he moved to the United States in the early 1970s and worked with Brazilian bandleader Sérgio Mendes. He went on to perform with many American pop, rock and jazz musicians and participated in thousands of albums. DownBeat magazine call him "one of the most talented percussionists of our time." He was an artist on Michael Jackson's Thriller, Madonna's True Blue, Celine Dion's Let's Talk About Love, hit singles and movie soundtracks, including Saturday Night Fever, Dirty Dancing and Purple Rain among others. He has also toured with Diana Krall. He plays over 200 instruments professionally, and has worked in a variety of music genres including Brazilian, blues, Christian, country, disco, gospel, hip hop, jazz, Latin, pop, rhythm and blues, rock, soul, and world music. He was signed to Norman Granz's Pablo Records for three of his solo albums, Agora, Happy People and Sunrise, as well as Breakdown. Da Costa received the National Academy of Recording Arts and Sciences' Most Valuable Player Award for three consecutive years. He also received the Musicians Emeritus Award.

Live at Montreux is the name of live concert releases from Montreux Sounds: and Eagle Vision, on CD and/or DVD, by various musicians, usually referring to recordings at the Montreux Jazz Festival:

Montreux Casino(Casino Barrière de Montreux) is a casino located in Montreux, Switzerland, on the shoreline of Lake Geneva. It has served as the venue for the Montreux Jazz Festival and was rebuilt following a 1971 fire memorialized in the Deep Purple song "Smoke on the Water". It is a property of Groupe Lucien Barrière.

Digital at Montreux, 1980 is a live album by trumpeter Dizzy Gillespie with Toots Thielemans and Bernard Purdie recorded at the Montreux Jazz Festival in 1980 and released on the Pablo label.

Musician, Composer, Raconteur is a live album by trumpeter Dizzy Gillespie recorded at the Montreux Jazz Festival in 1981 and released on the Pablo label.