The National Democrats Party (NDP) was a small right-wing political party in New Zealand, formed in 1999 by Anton Foljambe.

The party described itself as "New Zealand's only conservative political party". It was generally regarded as crypto-fascist, but not racist. Foljambe ran as an election candidate two or three times, with poor results. Kyle Chapman became Deputy Chairman of the NDP, and ran unsuccessfully for Mayor of Christchurch in 2007, pulling approximately 1% of the vote. [1]

The party's policies included strident anti-communism and anti-feminism, the restoration of capital punishment and corporal punishment and strong national defence. It advocated a "corporatist" constitution, and had a conspiratorial view of world events.

Foljambe resigned from the party in 2007. The party now appears to be defunct. Its website is no longer operational.

The Saskatchewan Green Party is a political party in the Canadian province of Saskatchewan.

A perennial candidate is a political candidate who frequently runs for an elected office and rarely, if ever, wins. The term is the opposite of an incumbent politician who repeatedly defends their seats successfully. 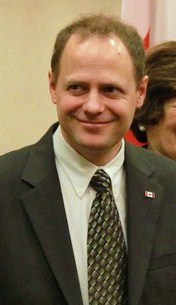 Kevin Lamoureux is a politician in Manitoba, Canada. On November 29, 2010, he was elected to the House of Commons of Canada for the constituency of Winnipeg North in a by-election. He was re-elected during the 2011 election by a margin of just 44 votes. Lamoureux had previously served in the Legislative Assembly of Manitoba from 1988 to 1999 and from 2003 to 2010, and he twice sought the leadership of the Manitoba Liberal Party. He serves in the House of Commons as a member of the Liberal Party of Canada.

Fascism in New Zealand has never gained much support, but the organised advocacy of fascist, far-right, neo-Nazi, white supremacist, and anti-Semitic views has often been present in New Zealand to a limited extent. 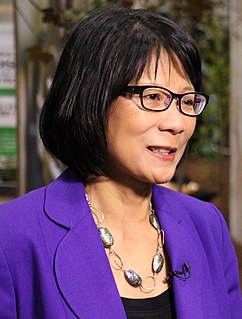 Olivia Chow is a former Canadian politician who was a federal New Democratic Party (NDP) member of Parliament (MP) representing Trinity—Spadina from 2006 to 2014. Chow ran in the 2014 Toronto mayoral election, placing third behind winner John Tory and runner-up Doug Ford, and served on the Metro Toronto Council from 1991 to the 1998 amalgamation and subsequently on Toronto City Council until 2005, when she ran for MP.