PolyGram was acquired by Seagram and dissolved into Universal Music Group in 1998, and A&M's operations were ceased in January 1999 when it was merged with Geffen Records and Interscope Records to form the record company Interscope Geffen A&M Records. In 2007, Interscope Geffen A&M announced that A&M was revived as trademark and brand and was to be merged with Octone Records to form A&M Octone Records, which operated until 2014, when A&M Octone was folded into Interscope. Today, A&M's catalog releases are managed by Verve Records, Universal Music Enterprises and Interscope.

A&M Records was formed in 1962 by Herb Alpert and Jerry Moss. [2] Their first choice for a name was Carnival Records, under which they released two singles before discovering that another label had already taken the Carnival name. The company was subsequently renamed A&M, after Alpert's and Moss's initials. From 1966 to 1999, the company's headquarters were on the grounds of the historic Charlie Chaplin Studios at 1416 North La Brea Avenue, near Sunset Boulevard in Hollywood. [3]

In the late 1960s, through direct signing and licensing agreements, A&M added several British artists to its roster, including Cat Stevens, Joe Cocker, Procol Harum, Humble Pie, Fairport Convention, Free, the Move, Strawbs and Spooky Tooth. In the 1970s, under its manufacturing and distribution agreement with Ode Records, A&M released albums by Carole King and the comedy duo Cheech & Chong. Other notable acts of the time included Nazareth, Y&T, the Tubes, Styx, Supertramp, Joan Armatrading, Bell and James, Chris de Burgh (who went on to greater mainstream success in the 1980s), Rick Wakeman, the Ozark Mountain Daredevils, Chuck Mangione, Squeeze, and Peter Frampton. On March 10, 1977, A&M "signed" the Sex Pistols outside Buckingham Palace in a mock signing ceremony after the band had been dropped by EMI, although the real signing had actually occurred the prior day; [4] however, A&M dropped the band within a week. [5] A&M sustained its success during the 1980s with a roster of noted acts that included Orchestral Manoeuvres in the Dark, Henry Badowski, Janet Jackson, the Police, Sting, the Brothers Johnson, Falco, Atlantic Starr, the Go-Go's, Bryan Adams, Suzanne Vega, Righeira, Brenda Russell, Jeffrey Osborne, Oingo Boingo, the Human League, Ozark Mountain Daredevils, Sharon, Lois & Bram, Annabel Lamb, Jim Diamond, Vital Signs, Joe Jackson, Charlie Peacock, and Scottish rock band Gun. They also, through a deal with Christian music label Myrrh, distributed back catalog recordings of Amy Grant as well as her new recordings, starting with 1985's Unguarded , to the mainstream marketplace, a vital component in her subsequent breakthrough as a mainstream artist.

Within a decade of its inception, A&M became the world's largest independent record company. [6] A&M releases were initially issued in the United Kingdom by EMI's Stateside Records label, and then under its own name by Pye Records, who released the first Herb Alpert records on the Pye International label before issuing the records on the A&M label until 1967. From 1969, A&M set up its own UK base appointing John Deacon (not to be confused with Queen's bass guitarist of the same name) as general manager, a post he held until 1979. Several A&R men were recruited including Larry Yaskiel and Derek Green and major UK acts such as the Police, Supertramp, Rick Wakeman, Squeeze, Gallagher & Lyle, Elkie Brooks, the Strawbs and Peter Frampton as well as many others were all signed to the UK label. A&M releases were also issued in Australia through Festival Records until 1989. A&M Records Ltd. [7] was established in 1970, with distribution handled by other labels with a presence in Europe. A&M Records of Canada Ltd. [8] was also formed in 1970, and A&M Records of Europe in 1977. In 1979, A&M entered a distribution agreement with RCA Records in the US, [9] and with CBS Records in many other countries.

In 1991, A&M launched Perspective Records [18] as a joint venture with producing team Jimmy Jam and Terry Lewis. Jam and Lewis stepped down as CEOs of the imprint in 1997, but they remained on as consultants. In 1999, the label was absorbed into A&M. In the mid-1990s, A&M began distributing its PolyGram sister label Polydor Records in the US. [19]

The A&M lot on La Brea Avenue was shut down in January 1999. During the farewell celebration, the company's staff placed a black band over the A&M sign above the main entrance, indicating the death of the company. [21] The old A&M studios and executive offices are now the home of the Jim Henson Company, which operates Henson Recording Studios. Most of the company's workforce, some of whom had been with the company for a decade or more, were let go while many of its artists were dropped. The label's more prominent acts such as Sting, Sheryl Crow, Bryan Adams and Chris Cornell, however would remain on its roster.

In response to the down-sourcing, Al Cafaro stated,

This isn't about Universal or Seagram. The record business is changing fundamentally. Don't think that there are calm seas on the other side of this threshold. If the quake that devoured A&M and Geffen is a 6.0 on the Richter scale, there is a 7.0 coming in this industry. It's a Wall Street world now. Get ready. [22] [ verification needed ] [21]

A&M catalog albums that didn't fit the current pop music format (which also includes rock, rap and R&B) of their new parent division were transferred to other Universal divisions for management - for example, Verve Records now manages A&M's jazz catalog, not including Herb Alpert's recorded output which Alpert acquired in the settlement with Universal Music (however, Verve does manage the Horizon Records catalog). [23]

Despite the shutdown, the A&M name continued to be used on albums from artists like Snow Patrol, the Black Eyed Peas and Keyshia Cole—a result of Alpert and Moss's 1998 lawsuit—until February 2007, when Interscope-Geffen-A&M partnered with Octone Records to relaunch the A&M label fully. Now headed by James Diener and called A&M/Octone Records with worldwide distribution handled by parent Universal Music Group, the existing Octone roster was transferred to the A&M/Octone label and all newer artist signings were made under the A&M/Octone joint venture. [24] Acts that were already signed to the label before the merger with Octone, however, would remain on the main A&M label.

After six successful years of operation, in September 2013, Octone initiated its buy/sell rights in the joint venture, resulting in Interscope-Geffen-A&M purchasing Octone Records' 50% interest in A&M/Octone, absorbing and restructuring the artist roster into Interscope operations in 2014 as announced. [25]

Verve Records is an American record label owned by Universal Music Group (UMG). Founded in 1956 by Norman Granz, the label is home to the world's largest jazz catalogue, which includes recordings by artists such as Ella Fitzgerald, Nina Simone, Stan Getz, Bill Evans, Billie Holiday, and Oscar Peterson, among others. It absorbed the catalogues of Granz's earlier label, Clef Records, founded in 1946; Norgran Records, founded in 1953; and material which was previously licensed to Mercury Records.

Almo Sounds was a record label which was started in 1994 by Herb Alpert and Jerry Moss after they sold A&M Records to PolyGram. The intent for the label was to recreate the initial concept of A&M Records as a small, "boutique" label.

DGC Records was an American record label that operated as a division of Interscope Geffen A&M Records, which is owned by the Universal Music Group.

Jerome S. Moss is an American recording executive, best known for being the co-founder of A&M Records, along with trumpet player and bandleader Herb Alpert. 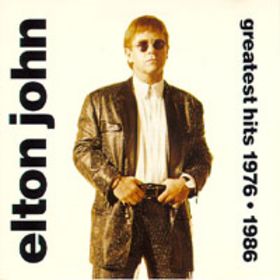 Greatest Hits 1976–1986 is a collection of hits by Elton John released in the United States only by MCA Records in 1992. It replaced an earlier compilation, Geffen's 1987 release Elton John's Greatest Hits Vol. 3. This was necessitated because of a shift in the control of copyrights and a resulting reshuffling of compilation albums.

A&M Octone Records was an American record label owned as a joint venture between Universal Music Group and Octone Records. A full-service artist development label, it was founded in 2007 as a merger between Octone and Interscope Geffen A&M's defunct A&M Records label. For its six years of existence, A&M Octone operated music publishing, merchandising, and touring entities, in addition to specializing in recorded music.

James Diener is an American entertainment and music executive.

UMG Philippines Inc. is a record label based in the Philippines and served as its regional branch of the multinational music corporation, Universal Music Group. Formerly known as MCA Music, the record label previously retained the MCA name on legal purposes because of a trademark dispute with an unrelated label known as Universal Records, which preempted the rights to the word "Universal" for recorded music in the Philippines. However, the company adopted the moniker "MCA/Universal", just like the US home video unit of Universal Pictures from 1990 to 1997, to simplify identification, even though no formal "Universal" branding is exercised. Despite the naming, the label is known outside the Philippines as Universal Music Philippines.