An airline service trolley, also known as an airline catering trolley, airline meal trolley, or trolley cart, is a small serving cart supplied by an air carrier for use by flight attendants inside the aircraft for transport of beverages, airline meals, and other items during a flight.

The airline service trolley system was introduced in the late 1960s at the same time as a new generation of large "widebody" aircraft were entering into service with the airlines. The significantly larger number of passengers on these aircraft meant that meals could no longer be efficiently delivered by hand, as they had been up until that time.

The growth of at-seat service on long distance rail has led to the adoption of similar service trollies for this purpose.

The trolley is a rigid box form with castering wheels at each corner that can be braked to hold the trolley in position. Full and half size trollies are made. The front (both full and half size) and rear (full size only) have doors, and handles are provided at the top. There are currently several design families of trolley in use: [1] [2]

United Airlines, Inc. is a major American airline headquartered at Willis Tower in Chicago, Illinois. United operates a large domestic and international route network spanning cities large and small across the United States and all six continents. Measured by fleet size and the number of routes, it is the third-largest airline in the world.

Continental Airlines was a major American airline founded in 1934 and eventually headquartered in Houston, Texas. It had ownership interests and brand partnerships with several carriers.

Hawaiian Airlines is the largest operator of commercial flights to and from the U.S. state of Hawaii. It is the tenth-largest commercial airline in the United States, and is based at Honolulu, Hawaii. The airline operates its main hub at Daniel K. Inouye International Airport on the island of Oʻahu and a secondary hub out of Kahului Airport on the island of Maui. The airline also maintained a crew base at Los Angeles International Airport. Hawaiian Airlines operates flights to Asia, American Samoa, Australia, French Polynesia, Hawaii, New Zealand, and the United States mainland. Hawaiian Airlines is owned by Hawaiian Holdings, Inc. of which Peter R. Ingram is the current President and Chief Executive Officer.

WestJet Airlines Ltd. is a Canadian airline founded in 1994 that began operations in 1996. It began as a low-cost alternative to the country's competing major airlines. WestJet provides scheduled and charter air service to more than 100 destinations in Canada, the United States, Europe, Mexico, Central America, and the Caribbean. The airline's headquarters is located adjacent to the Calgary International Airport. 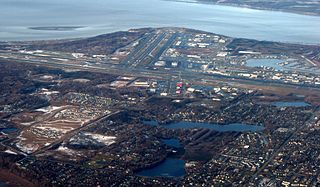 The Armstrong Whitworth Argosy was a British post-war transport/cargo aircraft; it was the final aircraft to be designed and produced by aviation company Armstrong Whitworth Aircraft. Although given different internal design numbers, the AW.650 civil and AW.660 military models were, for most practical purposes, the same design, while both models also shared the "Argosy" name. 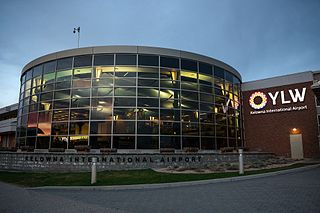 GoJet Airlines LLC is a regional airline headquartered in Bridgeton, Missouri, United States. Wholly owned by Trans States Holdings, it has 1,670 employees. It operates commuter feeder services under the United Express brand of United Airlines. United Express flights are currently operated out of United's hubs at Chicago–O'Hare, Newark and Washington-Dulles. GoJet's Delta Connection branded flights came to an end on March 31, 2020. Most of the flying at the end of the agreement was out of Detroit and Minneapolis–St. Paul as well as Raleigh-Durham. GoJet Airlines system operations center (SOC), training center, and corporate offices are co-located in the former Trans World Airlines and Ozark Airlines training center in Bridgeton, Missouri. The airline uses the former McDonnell Douglas factory hangar at Saint Louis Lambert International as its primary maintenance facility with maintenance staff available at all of the airlines domiciles. Its call sign "Lindbergh" is named for aviation pioneer Charles Lindbergh, who flew the Spirit of St. Louis solo across the Atlantic Ocean in 1927, the first person to do so. 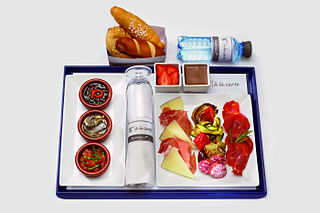 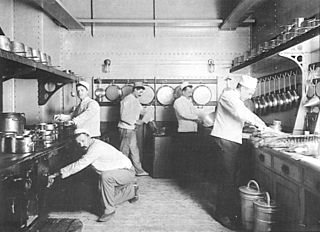 The galley is the compartment of a ship, train, or aircraft where food is cooked and prepared. It can also refer to a land-based kitchen on a naval base, or, from a kitchen design point of view, to a straight design of the kitchen layout. 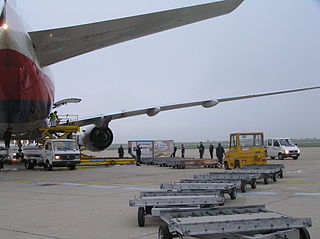 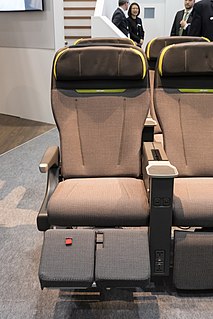 Premium economy class, also known as elite economy class or economy plus class, is a travel class offered on some airlines. This travel class is positioned as a middleground between standard economy class and business class in terms of price, comfort, and amenities. In 1991, EVA Air was the first to introduce Evergreen Class and had since become the first airline to offer this class of service in the world. In some ways, Premium Economy class has become a standard reflecting what Economy class was like 40 years ago ; as an example the seat pitch of United Airlines' Economy Class was 36 inches back in the 1970s, the same seat pitch as most airlines' Premium Economy these days. In several countries, this class has emerged as a response from governments and companies requiring economy class for work travel done by its staff. 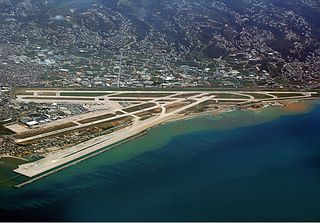 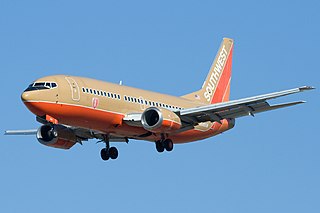 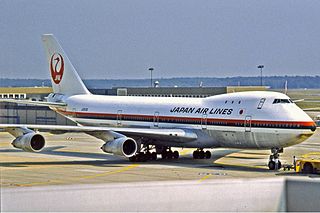 On February 3, 1975, 197 people fell ill aboard a Japan Airlines Boeing 747 en route from Anchorage, Alaska to Copenhagen, Denmark after consuming an in-flight meal contaminated with Staphylococci. 144 people needed hospitalization, making it the largest food poisoning incident aboard a commercial airliner.