Aldclune is a village in Perth and Kinross, Scotland. It is situated on the A9 road, approximately 1.5 miles west of Blair Atholl, on the north bank of the River Garry. [1] At the eastern edge of the village is the site of the Battle of Killiecrankie, which took place in 1689 during the Jacobite rising of 1689–92.

Blair Atholl is a village in Perthshire, Scotland, built about the confluence of the Rivers Tilt and Garry in one of the few areas of flat land in the midst of the Grampian Mountains. The Gaelic place-name Blair, from blàr, 'field, plain', refers to this location. Atholl, which mean 'new Ireland', from the archaic Ath Fhodla is the name of the surrounding district.

The Battle of Killiecrankie, also referred to as the Battle of Rinrory by contemporaries, took place on 27 July 1689 during the First Jacobite Rising between a Jacobite force of Scots and Irish and those of the new Williamite government. The Jacobites won a stunning victory but suffered heavy casualties, their commander John Graham, Viscount Dundee being killed in the final minutes. 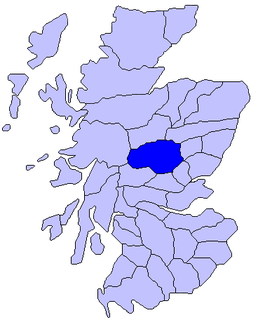 The Atholl Highlanders is a Scottish ceremonial infantry regiment. The regiment is not part of the British Army but under the command of the Duke of Atholl, and based in Blair Atholl. 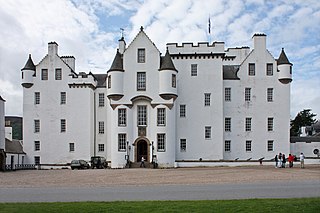 Blair Castle stands in its grounds near the village of Blair Atholl in Perthshire in Scotland. It is the ancestral home of the Clan Murray, and was historically the seat of their chief, the Duke of Atholl, though the current (12th) Duke, Bruce Murray, lives in South Africa. The castle stands in Glen Garry, and commands a strategic position on the main route through the central Scottish Highlands. 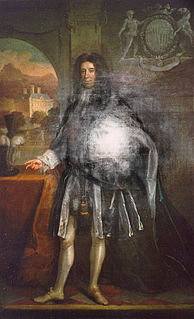 Killiecrankie (meaning aspen wood) is a village in Perth and Kinross, Scotland on the River Garry. It lies at the Pass of Killiecrankie, by the A9 road which has been bypassed since 1986. The village is home to a power station forming part of the Tummel Hydro-Electric Power Scheme. Much of the riverbank is owned by the National Trust for Scotland. 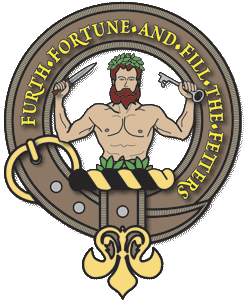 Auchinleish is a village in Angus, Scotland.

Old Blair is a tiny village of 18th century stone houses in Perth and Kinross, Scotland, adjoining and overlooking the grounds of Blair Castle. It is the site of St Bride's Kirk, the original church of Blair Atholl parish. This probably early Christian foundation was replaced by a new building in Blair Atholl village in the 19th century. There are substantial remains of the unroofed original church, set within an unwalled graveyard, though its western tower has been removed. The ancient building is flanked on the south side by a 'laird's aisle' of 16th century date, which encloses several monuments of the family of the Dukes of Atholl. John Graham of Claverhouse, 'Bonnie Dundee' is also buried in the vault below the aisle. 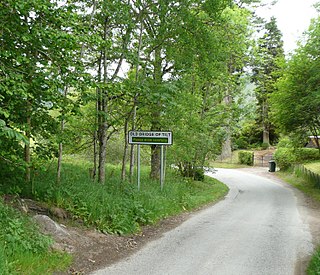 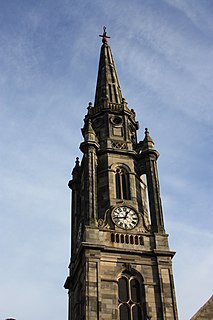 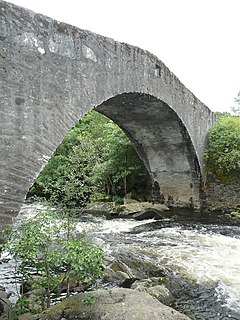