This is a list of award winners and league leaders for the Houston Astros, an American professional baseball team based in Houston. The Astros compete in Major League Baseball (MLB) as a member club of the American League (AL), having moved to the league in 2013 after spending their first 51 seasons in the National League (NL).

The Astros feature eleven total personnel who have been inducted into the National Baseball Hall of Fame and Museum, two Most Valuable Player (MVP) Award winners, four Cy Young Award winners, and three Rookie of the Year Award winners. Two players have won an annual batting championship, while eight pitchers have led the league in earned run average (ERA).

Wilson Defensive Player of the Year

Wilson Defensive Team of the Year

MLB "This Year in Baseball Awards"

Note: These awards were renamed the "GIBBY Awards" (Greatness in Baseball Yearly) in 2010 and then the "Esurance MLB Awards in 2015.

Player of the Month

Pitcher of the Month

Rookie of the Month

California League Pitcher of the Year

At Bats per Strikeout

At Bats per Home Run 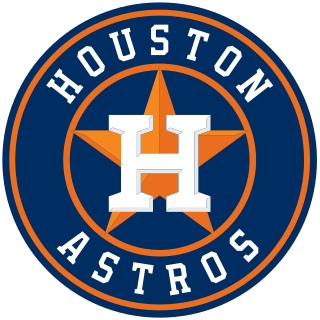 The Houston Astros are an American professional baseball team based in Houston. The Astros compete in Major League Baseball (MLB) as a member club of the American League (AL) West division, having moved to the division in 2013 after spending their first 51 seasons in the National League (NL). 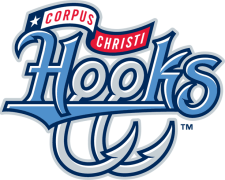 The 2004 National League Championship Series (NLCS) was a Major League Baseball playoff series played from October 13 to 21 to determine the champion of the National League, between the Central Division champion St. Louis Cardinals and the wild-card qualifying Houston Astros. This marked the first time in either Major League that two teams from the Central Division met in a Championship Series.

The Houston Astros' 2007 season began with the team trying to take the NL Central title back from the World Series winners, the St. Louis Cardinals, after the Cardinals won it in 2006. They will have to do so without Jeff Bagwell, who retired after the Astros declined option on his contract for 2007, as well as pitchers Andy Pettitte and Roger Clemens, who both filed for free agency on November 6. To make up for losing those key players, they signed pitcher Woody Williams, and traded with the Colorado Rockies for Jason Jennings, and Miguel Asencio. The largest offseason move the Astros made was signing outfielder Carlos Lee to a 6-year contract worth $100 million, the most in franchise history. On June 28, second baseman Craig Biggio achieved his 3,000th career hit. The club officially retired Bagwell's jersey number 5 on August 26.

The Houston Astros are an American professional baseball team based in Houston, Texas that competes in Major League Baseball (MLB). The Astros are a member of the MLB's American League, having moved from the National League in 2013. The Astros are one of two MLB teams based out of Texas, the other being the Texas Rangers. The team began with the name of the Colt .45s in 1962 and changed their name to the Houston Astros in 1965 when they began playing in the Astrodome. The team has played in three ballparks in Houston, Colt .45 Stadium (1962–1964), the Astrodome (1965–1999), and, currently, Minute Maid Park (2000–), a stadium with a retractable roof. The Astros hold one World Series title and four pennants.

The 2005 Houston Astros season was the 44th season for the Major League Baseball (MLB) franchise in Houston, Texas. They qualified for the postseason for the second consecutive season and it was the sixth time they had done so in a span of nine seasons. Expectations had been raised since the Astros had come one win away from a pennant the previous year. However, they got to a sluggish 15–30 start. They then went on to win 74 of the next 117 games to claim the wild card playoff spot, and would go on to win the National League pennant to advance to the World Series for the first time in franchise history, which gave them the privilege of hosting the first World Series game in the state of Texas. However, they were swept by the Chicago White Sox in the World Series. It was longtime Astros first baseman Jeff Bagwell's final season and first World Series appearance.

José Carlos Altuve is a Venezuelan professional baseball second baseman for the Houston Astros of Major League Baseball (MLB). The Astros signed Altuve as an amateur free agent in 2007, and he made his major league debut in 2011. A right-handed batter and thrower, as of 2017 he was the shortest active MLB player, at 5 feet 6 inches (1.68 m). His listed weight is 165 pounds (75 kg). From 2014 to 2017, Altuve recorded at least 200 hits each season and led the American League (AL) in the category. He won three batting championships in that span.

The 2017 World Series was the championship series of Major League Baseball's (MLB) 2017 season. The 113th edition of the World Series, it was a best-of-seven playoff played between the National League (NL) champion Los Angeles Dodgers and the American League (AL) champion Houston Astros. The series was played between October 24 and November 1.

The 2017 Houston Astros season was the team's 56th season in Major League Baseball (MLB). The Astros won the 2017 World Series in seven games over the Los Angeles Dodgers.

The 2017 American League Championship Series was a best-of-seven playoff pitting the Houston Astros against the New York Yankees for the American League pennant and the right to face the Los Angeles Dodgers in the 2017 World Series. The Astros defeated the Yankees in seven games after falling behind three games to two. The home team won every game in the series.

The 2018 Houston Astros season was the 57th season for the Major League Baseball (MLB) franchise in Houston, their 54th as the Astros, sixth in both the American League (AL) and AL West division, and 19th at Minute Maid Park. The Astros were the defending World Series champions, after winning the 2017 World Series four games to three over the Los Angeles Dodgers. Houston began the season March 29 against the Texas Rangers and finished the season on September 30 against the Baltimore Orioles, capping off an unprecedented second consecutive 100-win season.

The 2018 American League Championship Series was a best-of-seven series pitting the defending World Series champion Houston Astros against the Boston Red Sox, for the American League (AL) pennant and the right to play in the 2018 World Series. The series was played in a 2–3–2 format, with the first two and last two games played at the home ballpark of the team with the better regular season record, the Red Sox. The series was the 49th in league history, with TBS televising all games in the United States. The Red Sox defeated the Astros, in five games.

The 2019 Houston Astros season was the 58th season for the Major League Baseball (MLB) franchise in Houston, Texas, their 55th as the Astros, seventh in both the American League (AL) and AL West division, and 20th at Minute Maid Park.