The Twenty-Sixth Dynasty, also known as the Saite Dynasty after its seat of power the city of Sais, reigned from 672 to 525 BC, and consisted of six pharaohs. It started with the unification of Egypt under Psamtik I c. 656 BC, itself a direct consequence of the Sack of Thebes by the Assyrians in 663 BC. Canal construction from the Nile to the Red Sea began.

One major contribution from the Late Period of ancient Egypt was the Brooklyn Papyrus. This was a medical papyrus with a collection of medical and magical remedies for victims of snakebites based on snake type or symptoms. [1]

Artwork during this time was representative of animal cults and animal mummies. This image shows the god Pataikos wearing a scarab beetle on his head, supporting two human-headed birds on his shoulders, holding a snake in each hand, and standing atop crocodiles. [2]

The First Achaemenid Period (525–404 BC) began with the Battle of Pelusium, which saw Egypt (Old Persian : 𐎸𐎭𐎼𐎠𐎹Mudrāya) conquered by the expansive Achaemenid Empire under Cambyses, and Egypt become a satrapy. The Twenty-seventh Dynasty of Egypt consists of the Persian emperors - including Cambyses, Xerxes I, and Darius the Great - who ruled Egypt as Pharaohs and governed through their satraps, as well as the Egyptian Petubastis III (522–520 BC) (and possibly the disputed Psammetichus IV), who rebelled in defiance of the Persian authorities. The unsuccessful revolt of Inaros II (460-454), aided by the Athenians as part of the Wars of the Delian League, aspired to the same object. The Persian satraps were Aryandes (525–522 BC; 518–c.496 BC) - whose rule was interrupted by the rebel Pharaoah Petubastis III, Pherendates (c.496–c.486 BC), Achaemenes (c.486–459 BC) - a brother of the emperor Xerxes I, and Arsames (c.454–c.406 BC).

The Twenty-Eighth Dynasty consisted of a single king, Amyrtaeus, prince of Sais, who rebelled against the Persians. He left no monuments with his name. This dynasty reigned for six years, from 404 BC–398 BC.

The Twenty-Ninth Dynasty ruled from Mendes, for the period from 398 to 380 BC.

The Thirtieth Dynasty took their art style from the Twenty-Sixth Dynasty. A series of three pharaohs ruled from 380 BC until their final defeat in 343 BC led to the re-occupation by the Persians. The final ruler of this dynasty, and the final native ruler of Egypt until nearly 2,300 years later, was Nectanebo II.

The Second Achaemenid Period saw the re-inclusion of Egypt as a satrapy of the Persian Empire under the rule of the Thirty-First Dynasty, (343–332 BC) which consisted of three Persian emperors who ruled as Pharaoh - Artaxerxes III (343–338 BC), Artaxerxes IV (338–336 BC), and Darius III (336–332 BC) - interrupted by the revolt of the non-Achaemenid Khababash (338–335 BC). Persian rule in Egypt ended with the defeat of the Achaemenid Empire by Alexander the Great, who accepted the surrender of the Persian satrap of Egypt Mazaces in 332BC, and marking the beginning of Hellenistic rule in Egypt, which stabilized after Alexander's death into the Ptolemaic Kingdom. 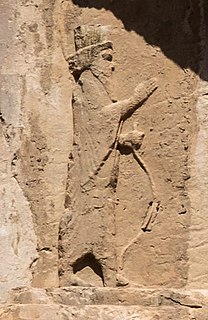 Artaxerxes I was the fifth King of Kings of the Achaemenid Empire, from 465 to 424 BC. He was the third son of Xerxes I. 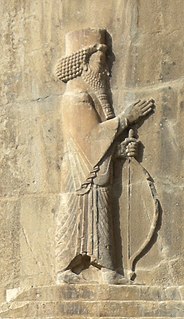 The Twenty-eighth Dynasty of Egypt is usually classified as the third dynasty of the Ancient Egyptian Late Period. The 28th Dynasty lasted from 404 BC to 398 BC and it includes only one Pharaoh, Amyrtaeus (Amenirdis), also known as Psamtik V or Psammetichus V. Amyrtaeus was probably the grandson of the Amyrtaeus of Sais, who is known to have carried on a rebellion in 465–463 BC with the Egyptian chief, Inarus, against the satrap Achaemenes of Achaemenid Egypt. 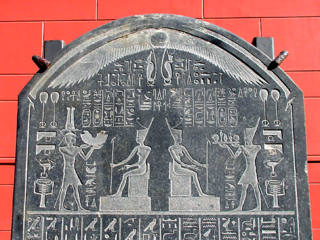 Achaemenes was an Achaemenid general and satrap of ancient Egypt during the early 5th century BC, at the time of the 27th Dynasty of Egypt. 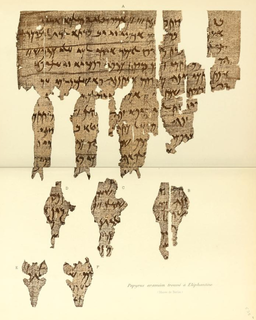 Amyrtaeus or Amyrtaios of Sais, is the only pharaoh of the Twenty-eighth Dynasty of Egypt and is thought to be related to the royal family of the Twenty-sixth Dynasty. He ended the first Persian occupation of Egypt and reigned from 404 BC to 399 BC. Amyrtaeus' successful insurrection inaugurated Egypt's last significant phase of independence under native sovereigns, which lasted for about 60 years until the Battle of Pelusium in 343 BC.

The history of Persian Egypt is divided into three eras:

The Battle of Pelusium may refer to:

The Battle of Pelusium was the first major battle between the Achaemenid Empire and Egypt. This decisive battle transferred the throne of the Pharaohs to Cambyses II of Persia, marking the beginning of the Achaemenid Twenty-seventh Dynasty of Egypt. It was fought near Pelusium, an important city in the eastern extremes of Egypt's Nile Delta, 30 km to the southeast of the modern Port Said, in 525 BC. The battle was preceded and followed by sieges at Gaza and Memphis. 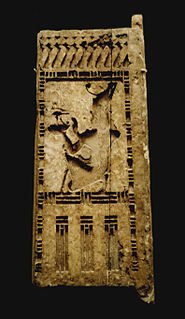 Seheruibre Padibastet better known by his Hellenised name Petubastis III was a native ancient Egyptian ruler, c. 522 – 520 BC, who revolted against Persian rule.

The Twenty-seventh Dynasty of Egypt, also known as the First Egyptian Satrapy, was effectively a province (satrapy) of the Achaemenid Persian Empire between 525 BC and 404 BC. It was founded by Cambyses II, the King of Persia, after the Battle of Pelusium and his conquest of Egypt, and his subsequent crowning as Pharaoh of Egypt. It was disestablished upon the rebellion and crowning of Amyrtaeus as Pharaoh. A second period of Achaemenid rule in Egypt occurred under the Thirty-first Dynasty of Egypt.

The Achaemenid Empire, also called the First Persian Empire, was an ancient Iranian empire based in Western Asia founded by Cyrus the Great. Ranging at its greatest extent from the Balkans and Eastern Europe proper in the west to the Indus Valley in the east, it was larger than any previous empire in history, spanning 5.5 million square kilometers. It is notable for its successful model of a centralised, bureaucratic administration, for its multicultural policy, for building infrastructure such as road systems and a postal system, the use of an official language across its territories, and the development of civil services and a large professional army. The empire's successes inspired similar systems in later empires.