This is a list of radio stations that broadcast in the Chinese language.

In Beijing, China Radio International can be heard at 88.7 MHz FM and 91.5 MHz FM and some other frequencies.

Guangdong is home to Radio Guangdong and many other radio stations. The following list is incomplete:

Lanzhou's radio stations are controlled by the Lanzhou Radio group.

Tianjin's radio stations are controlled by the Tianjin People's Broadcasting Station with a variety of programs including news, traffic, music and others.

There are a number of stations well known within the Chinese community in Canada that contain a certain number of programs in Chinese. However, due to the ethnic broadcasting policy made by the CRTC, there are currently no AM/FM radio stations in Canada that are fully operated in Chinese. Also, campus radios in Canada allows broadcasting their program in any language, including Chinese, but not a lot of them are known to the public.

The FM broadcast band is a range of radio frequencies used for FM broadcasting by radio stations. The range of frequencies used differs between different parts of the world. In Europe and Africa and in Australia, it spans from 87.5 to 108 megahertz (MHz) - also known as VHF Band II - while in the Americas it ranges from 88 to 108 MHz. The FM broadcast band in Japan uses 76 to 95 MHz. The International Radio and Television Organisation (OIRT) band in Eastern Europe is from 65.8 to 74.0 MHz, although these countries now primarily use the 87.5 to 108 MHz band, as in the case of Russia. Some other countries have already discontinued the OIRT band and have changed to the 87.5 to 108 MHz band.

BBC Radio Shropshire is the BBC Local Radio service for the English county of Shropshire. Launched on 23 April 1985, it was the 30th BBC local station. It originally broadcast on both FM and AM, but changed to FM only in 1991. The 756 kHz AM frequency was later allocated to Radio Maldwyn, based in Newtown, Powys, ready for their launch of 'The Magic 756' in 1993. 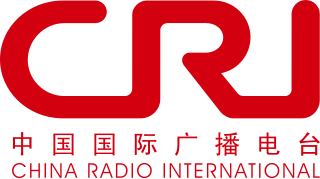 China Radio International (CRI) is a state-owned international radio broadcaster of China. It is currently headquartered in Babaoshan area of Beijing's Shijingshan District. It was founded on December 3, 1941, as Radio Peking. It later adopted the pinyin form Radio Beijing.

Broadcasting in Singapore began on 5 May 1923 when Radio Singapura was established as the first local mass market radio service. Subsequently, on 15 February 1963, before the withdrawal of the British Armed Forces and after the merger with Malaya, Singapore's first television service began as Televisyen Singapura under its owner, Radio Television Singapore (RTS).

Radio Taiwan International is the English name and call sign of the international radio service, the Central Broadcasting System (CBS) of the Republic of China, commonly known as Taiwan. It is a government-owned station that broadcasts in 13 languages around the world, with a majority emphasis on Mandarin and Taiwanese-language broadcasts over shortwave into China. 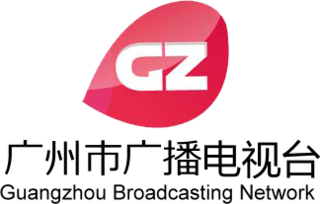 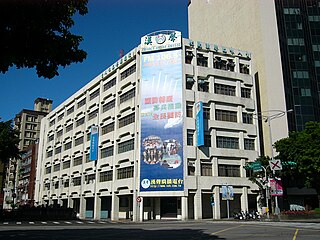 Chinese Voice is a Cantonese, Mandarin and English language radio network based in Auckland, New Zealand. It is a wholly owned subsidiary of World TV, an Asian language television, print and radio company, and consists of three station set up between 2003 and 2010. It produces more than 80 hours of local content each week, including live talkback on news stories, migrant issues, political developments and dealing with New Zealand Government agencies. The stations also broadcast imported talk and music programmes from China and Hong Kong.