In computer programming, a null-terminated string is a character string stored as an array containing the characters and terminated with a null character (a character with a value of zero, called NUL in this article). Alternative names are C string , which refers to the C programming language and ASCIIZ (although C can use encodings other than ASCII).

The length of a string is found by searching for the (first) NUL. This can be slow as it takes O(n) (linear time) with respect to the string length. It also means that a string cannot contain a NUL (there is a NUL in memory, but it is after the last character, not "in" the string).

At the time C (and the languages that it was derived from) was developed, memory was extremely limited, so using only one byte of overhead to store the length of a string was attractive. The only popular alternative at that time, usually called a "Pascal string" (a more modern term is "length-prefixed"), used a leading byte to store the length of the string. This allows the string to contain NUL and made finding the length of an already stored string, need only one memory access (O(1) (constant) time), but limited string length to 255 characters (on a machine using 8-bit bytes). C designer Dennis Ritchie chose to follow the convention of null-termination to avoid the limitation on the length of a string and because maintaining the count seemed, in his experience, less convenient than using a terminator. [1] [2]

This had some influence on CPU instruction set design. Some CPUs in the 1970s and 1980s, such as the Zilog Z80 and the DEC VAX, had dedicated instructions for handling length-prefixed strings. However, as the null-terminated string gained traction, CPU designers began to take it into account, as seen for example in IBM's decision to add the "Logical String Assist" instructions to the ES/9000 520 in 1992.

FreeBSD developer Poul-Henning Kamp, writing in ACM Queue , referred to the victory of null-terminated strings over a 2-byte (not one-byte) length as "the most expensive one-byte mistake" ever. [3]

While simple to implement, this representation has been prone to errors and performance problems.

Null-termination has historically created security problems. [4] A NUL inserted into the middle of a string will truncate it unexpectedly. [5] A common bug was to not allocate the additional space for the NUL, so it was written over adjacent memory. Another was to not write the NUL at all, which was often not detected during testing because the block of memory already contained zeros. Due to the expense of finding the length, many programs did not bother before copying a string to a fixed-size buffer, causing a buffer overflow if it was too long.

The inability to store a zero requires that text and binary data be kept distinct and handled by different functions (with the latter requiring the length of the data to also be supplied). This can lead to code redundancy and errors when the wrong function is used.

The speed problems with finding the length can usually be mitigated by combining it with another operation that is O(n) anyway, such as in strlcpy . However, this does not always result in an intuitive API.

Null-terminated strings require that the encoding does not use a zero byte (0x00) anywhere, therefore it is not possible to store every possible ASCII or UTF-8 string. [6] [7] [8] However, it is common to store the subset of ASCII or UTF-8 – every character except NUL – in null-terminated strings. Some systems use "modified UTF-8" which encodes NUL as two non-zero bytes (0xC0, 0x80) and thus allow all possible strings to be stored. This is not allowed by the UTF-8 standard, because it is an overlong encoding, and it is seen as a security risk. Some other byte may be used as end of string instead, like 0xFE or 0xFF, which are not used in UTF-8.

UTF-16 uses 2-byte integers and as either byte may be zero (and in fact every other byte is, when representing ASCII text), cannot be stored in a null-terminated byte string. However, some languages implement a string of 16-bit UTF-16 characters, terminated by a 16-bit NUL

Most modern libraries replace C strings with a structure containing a 32-bit or larger length value (far more than were ever considered for length-prefixed strings), and often add another pointer, a reference count, and even a NUL to speed up conversion back to a C string. Memory is far larger now, such that if the addition of 3 (or 16, or more) bytes to each string is a real problem the software will have to be dealing with so many small strings that some other storage method will save even more memory (for instance there may be so many duplicates that a hash table will use less memory). Examples include the C++ Standard Template Library std::string , the Qt QString, the MFC CString, and the C-based implementation CFString from Core Foundation as well as its Objective-C sibling NSString from Foundation, both by Apple. More complex structures may also be used to store strings such as the rope.

UTF-8 is a variable-width character encoding used for electronic communication. Defined by the Unicode Standard, the name is derived from UnicodeTransformation Format – 8-bit. 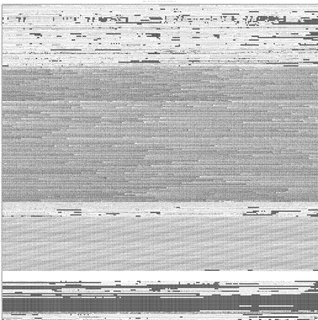 UTF-16 (16-bit Unicode Transformation Format) is a character encoding capable of encoding all 1,112,064 non-surrogate code points of Unicode (in fact this number of code points is dictated by the design of UTF-16). The encoding is variable-length, as code points are encoded with one or two 16-bit code units. UTF-16 arose from an earlier fixed-width 16-bit encoding known as UCS-2 (for 2-byte Universal Character Set) once it became clear that more than 216 (65,536) code points were needed.

In computer and machine-based telecommunications terminology, a character is a unit of information that roughly corresponds to a grapheme, grapheme-like unit, or symbol, such as in an alphabet or syllabary in the written form of a natural language.

The byte order mark (BOM) is a particular usage of the special Unicode character, U+FEFFBYTE ORDER MARK, whose appearance as a magic number at the start of a text stream can signal several things to a program reading the text:

In programming, Base64 is a group of binary-to-text encoding schemes that represent binary data in an ASCII string format by translating the data into a radix-64 representation. The term Base64 originates from a specific MIME content transfer encoding. Each non-final Base64 digit represents exactly 6 bits of data. Three 8-bit bytes can therefore be represented by four 6-bit Base64 digits.

The null character is a control character with the value zero. It is present in many character sets, including those defined by the Baudot and ITA2 codes, ISO/IEC 646, the C0 control code, the Universal Coded Character Set, and EBCDIC. It is available in nearly all mainstream programming languages. It is often abbreviated as NUL. In 8-bit codes, it is known as a null byte.

In formal language theory, the empty string, or empty word, is the unique string of length zero.

Bencode is the encoding used by the peer-to-peer file sharing system BitTorrent for storing and transmitting loosely structured data.

This article compares Unicode encodings. Two situations are considered: 8-bit-clean environments, and environments that forbid use of byte values that have the high bit set. Originally such prohibitions were to allow for links that used only seven data bits, but they remain in some standards and so some standard-conforming software must generate messages that comply with the restrictions. Standard Compression Scheme for Unicode and Binary Ordered Compression for Unicode are excluded from the comparison tables because it is difficult to simply quantify their size.

In computer programming, a netstring is a formatting method for byte strings that uses a declarative notation to indicate the size of the string.

bcrypt is a password-hashing function designed by Niels Provos and David Mazières, based on the Blowfish cipher and presented at USENIX in 1999. Besides incorporating a salt to protect against rainbow table attacks, bcrypt is an adaptive function: over time, the iteration count can be increased to make it slower, so it remains resistant to brute-force search attacks even with increasing computation power.

Escape sequences are used in the programming languages C and C++, and their design was copied in many other languages such as Java, PHP, C#, etc. An escape sequence is a sequence of characters that does not represent itself when used inside a character or string literal, but is translated into another character or a sequence of characters that may be difficult or impossible to represent directly.

The C programming language has a set of functions implementing operations on strings in its standard library. Various operations, such as copying, concatenation, tokenization and searching are supported. For character strings, the standard library uses the convention that strings are null-terminated: a string of n characters is represented as an array of n + 1 elements, the last of which is a "NUL" character.

Universal Binary JSON (UBJSON) is a computer data interchange format. It is a binary form directly imitating JSON, but requiring fewer bytes of data. It aims to achieve the generality of JSON, combined with being much easier to process than JSON.