Ohio Village is a living history museum in Columbus, Ohio, United States. It is operated by the non-profit Ohio History Connection.

The Ohio Village is open to visitors Memorial Day weekend through Labor Day weekend starting in 2012. Visitors enter through the Ohio History Center museum and can enjoy the Village as part of their visit.

One of the most popular of the village's annual signature events is the All Hallow's Eve, an 1860s-style celebration of Halloween that has taken place in late October every year since 1985. The festivities include fortunetelling, costumed interpretation of beliefs and superstitions related to the season, and a parade for the dead through the town center meant to appease roaming spirits. The night culminates in a production of Washington Irving's Legend of Sleepy Hollow. [1]

Visitors can also experience Dickens of a Christmas every December. This event features live carolers; horse-drawn carriage rides; a Victorian Santa Clause; and Dickens' own Scrooge, Marley, and the Ghosts of Christmas.

Ohio Village is also home to two historic baseball teams, the Ohio Village Muffins and Lady Diamonds. Both teams play by the 19th-century rules of the game, very similar to those followed by the New York Knickerbockers, an early baseball club, in 1845. The Ohio Cup Vintage Baseball Festival, held at the village every year in the late summer, draws teams from across the country to compete in a tournament played by the old rules. [2] 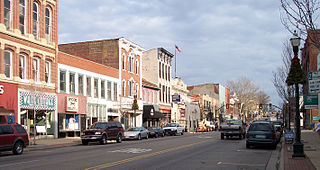 Lancaster is a city in Fairfield County, Ohio, in the south central part of the state. As of the 2010 census, the city population was 38,780. The city is near the Hocking River, about 33 miles (53 km) southeast of Columbus and 38 miles (61 km) southwest of Zanesville. It is the county seat of Fairfield County. 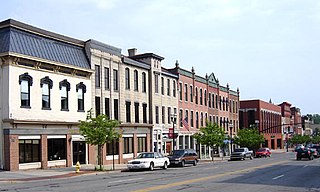 Delaware is a city in and the county seat of Delaware County, Ohio, United States. Delaware was founded in 1808 and was incorporated in 1816. It is located near the center of Ohio, is about 30 miles (48 km) north of Columbus, and is part of the Columbus, Ohio metropolitan area. The population was 34,753 at the 2010 census, while the Columbus-Marion-Chillicothe, OH Combined Statistical Area has 2,002,604 people.

Marion is a city in and the county seat of Marion County, Ohio, United States. The municipality is located in north-central Ohio, approximately 50 miles (80 km) north of Columbus.

Pomeroy is a village in and the county seat of Meigs County, Ohio, United States, along the Ohio River 21 miles south of Athens. The population was 1,852 at the 2010 census. 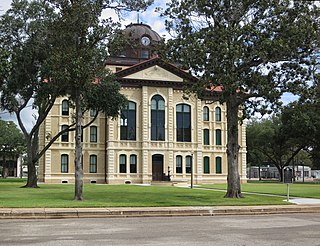 Columbus is a city in and the county seat of Colorado County in southeastern Texas, 74 miles (119 km) west of Houston. The population was 3,655 as of the 2010 census. It is located on the Colorado River. The Colorado County Courthouse is listed on the National Register of Historic Places.

Canal Winchester is a city in Fairfield and Franklin counties in the U.S. state of Ohio. The population was 7,101 at the 2010 census. 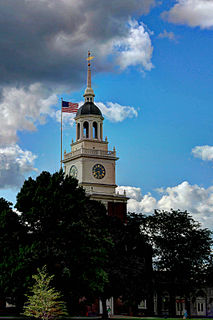 The Henry Ford is a large indoor and outdoor history museum complex and a National Historic Landmark in the Detroit suburb of Dearborn, Michigan, United States. The museum collection contains the presidential limousine of John F. Kennedy, Abraham Lincoln's chair from Ford's Theatre, Thomas Edison's laboratory, the Wright Brothers' bicycle shop, the Rosa Parks bus, and many other historical exhibits. It is the largest indoor–outdoor museum complex in the United States and is visited by over 1.7 million people each year. It was listed on the National Register of Historic Places in 1969 as Greenfield Village and Henry Ford Museum and designated a National Historic Landmark in 1981 as "Edison Institute".

The Genesee Country Village and Museum is a 19th-century living history museum covering more than 600 acres (2.4 km2) located in Wheatland, New York, United States, in the small hamlet of Mumford, about 20 miles (32 km) from Rochester. On the museum property is the 19th-century village, the John L. Wehle Gallery of Sporting Art, the Genesee Country Nature Center, the Carriage Museum, the Silver Baseball Park and the Heirloom Gardens. The facility offers special events and classes throughout the year.

The Louisville Slugger Museum & Factory, is a museum and factory tour attraction located in Louisville, Kentucky's "Museum Row", part of the West Main District of downtown. The museum showcases the story of Louisville Slugger baseball bats in baseball and in American history. The museum also creates temporary exhibits with more of a pop culture focus, including collaborations with the Norman Rockwell Museum, the Charles M. Schulz Museum and Research Center, Coca-Cola, LEGO artists Sean Kenney and Jason Burik, Topps Trading Cards, The Children's Museum of Indianapolis, and Ripley's Believe It or Not!.

The Miniature Railroad & Village (MRRV) is a large and detailed model train layouts diorama of western Pennsylvania from 1880 to 1930. It is a long-running display currently located in the Carnegie Science Center in Pittsburgh, Pennsylvania, the MRRV has been a Pittsburgh tradition for over 50 years.

Indianola Park was an amusement park that operated in Columbus, Ohio's University District from 1905 to 1937. The park was created by Charles Miles and Frederick Ingersoll, and peaked in popularity in the 1910s, entertaining crowds of up to 10,000 with the numerous roller coasters and rides, with up to 5,000 in the massive pool alone. The park was also the home field for the Columbus Panhandles for half of a decade. In the 1920s, new owners bought and remodeled the park, and it did well until it closed at the end of the Great Depression.

Sandusky is a city in the U.S. state of Ohio and the county seat of Erie County. Situated in northern Ohio on the shores of Lake Erie, Sandusky is located roughly midway between Toledo and Cleveland.

A Sally Lunn is a large bun or teacake made with a yeast dough including cream and eggs, similar to the sweet brioche breads of France. Sometimes served warm and sliced, with butter, it was first recorded in 1680 in the spa town of Bath in southwest England. As a tea cake it is popular in Canada, England and New Zealand.