Topaz Road is a national park in Far North Queensland, Australia, 1,348 km northwest of Brisbane. It covers an area of 0.4 km² [1] . According to the Queensland Government, "Topaz Road National Park protects remnant rainforest in the upper Johnstone River catchment. The park and nearby nature refuges form a network of protected areas that adjoin Wooroonooran National Park, providing habitat connectivity for a wide variety of Wet Tropics species." [2]

The Barnard Island Group is a protected area in the Cassowary Coast Region, Queensland, Australia.

Conondale National Park is 130 km north of Brisbane in the Sunshine Coast Hinterland near the town of Conondale in the south east Queensland bioregion. The park covers an area of 35,648 hectares protecting large areas of subtropical rainforest, woodlands, wet and dry sclerophyll forest including Queensland’s tallest tree. The park contains areas of regenerating forest which have been previously logged; areas of forest plantations also border the park. The park is currently managed by the Department of National Parks, Recreation, Sports and Racing (NPRSR) under the Nature Conservation Act 1992. 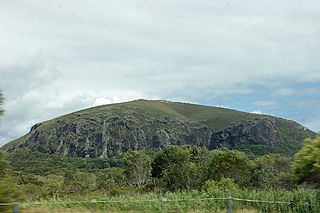 Rocky Islets are part of the Three Islands National Park in Far North Queensland, Australia, in the Coral Sea, 1605 km northwest of Brisbane. 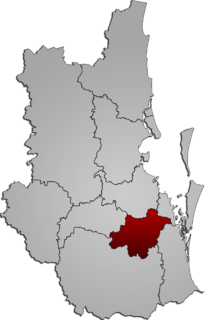 Logan City is a local government area situated within the south of the Brisbane metropolitan area in South East Queensland, Australia. Situated between the City of Brisbane to the north and the City of Gold Coast to the south, the City also borders the Scenic Rim Region, the City of Ipswich, and Redland City LGAs. Logan City is divided into 70 suburbs and 12 divisions, for which a councillor is elected to each of the latter.

Noosaville is a suburb in Noosa, Queensland, Australia, within the local government area of Shire of Noosa. 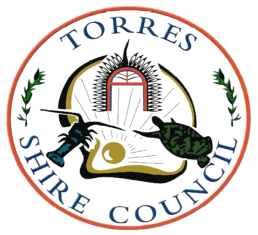 The Shire of Torres is a local government area located in Far North Queensland, Australia, covering large sections of the Torres Strait Islands and the northern tip of Cape York Peninsula north of 11°S latitude. It holds two distinctions—it is the northernmost Local Government Area in Australia, and is the only one to abut an international border – it is at one point just 73 kilometres (45 mi) from Papua New Guinea. It is administered from Thursday Island.

Cooloola is a locality in the Gympie Region, Queensland, Australia. The 2011 census recorded Cooloola's population currently stands at 0. 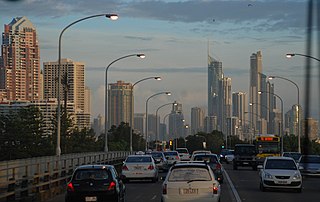 Pentland is a town and locality in the Charters Towers Region in north-western Queensland, Australia.

The Senior Secondary Certificate of Education (SSCE) is the graduation certificate awarded to most students in Australian high schools, and is equivalent to the Advance Placement in North America and the GCE A-Levels of the United Kingdom. Students completing the SSCE are usually aged 16 to 18 and study full-time for two years. In some states adults may gain the certificate through a Technical and Further Education college or other provider. 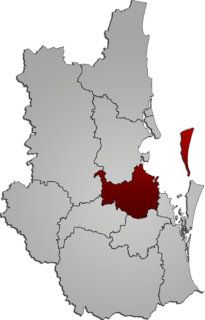 The City of Brisbane is a local government area that has jurisdiction over the inner portion of the metropolitan area of Brisbane, the capital of Queensland, Australia. Brisbane is located in the county of Stanley and is the largest city followed by Ipswich with bounds in part of the county. Unlike LGAs in the other mainland state capitals, which are generally responsible only for the central business districts and inner neighbourhoods of those cities, the City of Brisbane administers a significant portion of the Brisbane metropolitan area, serving almost half of the population of the Brisbane Greater Capital City Statistical Area. As such, it has a larger population than any other local government area in Australia. The City of Brisbane was the first Australian LGA to reach a population of more than one million. Its population is roughly equivalent to the populations of Tasmania, the Australian Capital Territory and the Northern Territory combined. In 2016–2017, the council administers a budget of over $3 billion, by far the largest budget of any LGA in Australia. 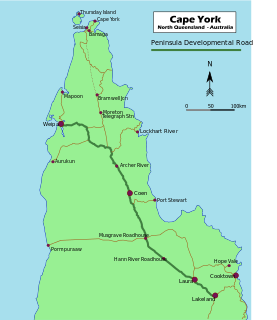 The Peninsula Developmental Road (PDR) runs 571 km from Lakeland to Weipa. It is the main road transport link within Cape York Peninsula and to the rest of the Australian mainland.

A network of Brisbane tramways substations, supplied from the Brisbane Powerhouse, were developed by Brisbane City Council after they took over the Brisbane Tramways system from Brisbane Tramways Company (BTCo). The new powerhouse and substations were needed, as BTCo had not adequately invested enough into the electricity network to keep the system running efficiently. Brisbane City Council maintained this electricity network from 1927 until 1969, when the decision was made not to have Trams in Brisbane, and the network was shut down and decommissioned.