United States at the 1936 Summer Olympics

The United States competed at the 1936 Summer Olympics in Berlin, Germany. The Americans finished second in the medal table to the hosts. 359 competitors, 313 men and 46 women, took part in 127 events in 21 sports. [1]

The men's basketball team won the gold medal. The players were as following.

The men's eight-man team won the gold medal. The team consisted of the following:

22 fencers represented the United States in 1936.

The United States had 26 rowers participate in all seven rowing events in 1936. [2]

Great Britain, represented by the British Olympic Association (BOA), competed at the 1980 Summer Olympics in Moscow, USSR. British athletes have competed in every Summer Olympic Games. 219 competitors, 149 men and 70 women, took part in 145 events in 14 sports.

The Penn Relays is the oldest and largest track and field competition in the United States, hosted annually since April 21, 1895 by the University of Pennsylvania at Franklin Field in Philadelphia. In 2012, there were 116 events run at the meet. More athletes run in the Penn Relays than at any other track and field meet in the world. It regularly attracts more than 15,000 participants from high schools, colleges, and track clubs throughout North America and abroad, notably Jamaica, competing in more than 300 events over five days. Historically, the event has been credited with popularizing the running of relay races. It is held during the last full week in April, ending on the last Saturday in April. Attendance typically tops 100,000 over the final three days, and has been known to surpass 50,000 on Saturday. The Penn Relays also holds a Catholic Youth Organization night for Catholic Middle Schools in the Archdiocese of Philadelphia. Preliminaries are run on the Tuesday during Carnival Week, and the Finals are run on Friday. 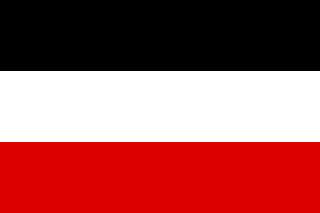 Germany competed at the 1912 Summer Olympics in Stockholm, Sweden. 185 competitors, 180 men and 5 women, took part in 69 events in 14 sports. Due to the political fallout from World War I, this was that country's last appearance until 1928.

The 4×400 metres relay at the Summer Olympics is the longest track relay event held at the multi-sport event. The men's relay has been present on the Olympic athletics programme since 1912 and the women's event has been continuously held since the 1972 Olympics. The inaugural and so far the only mixed 4 × 400 metres relay was held at the 2020 Olympics. It is the most prestigious 4×400 m relay race at elite level. At the 1908 Summer Olympics, a precursor to this event was held – the 1600 m medley relay. This event, with two legs of 200 m, one of 400 m, and a final leg of 800 m, was the first track relay in Olympic history. 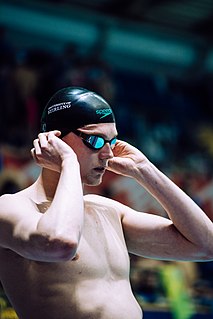 Duncan William MacNaughton Scott is a Scottish swimmer representing Great Britain at the FINA World Aquatics Championships and the Olympic Games, and Scotland at the Commonwealth Games. Scott made history after winning four medals - more than any other British athlete at a single Olympic Games in Tokyo 2020 - and becoming Great Britain's most decorated swimmer in Olympic history. An all-rounder in the pool, Scott has swum internationally in 100 and 200 metres freestyle and butterfly, and 200 metres individual medley. He has won a gold at the Olympics and two golds at the World Championships in 4 x 200 metre freestyle relay, a gold in the 4 x 100 metre medley relay, as well as silvers at the World Championships and Olympics in freestyle and medley relay. Individually, Scott was the 100 metre freestyle champion at the 2015 European Games and 2018 Commonwealth Games, and the 200 metre freestyle champion at the same European Games and the 2018 European Aquatics Championships.

The 1936 United States Olympic trials for track and field were held in July 1936 and decided the United States team for the 1936 Summer Olympics in Berlin. The trials for men and women were held separately; men's events were held at Randall's Island Stadium in New York City on July 11 and July 12, while women competed at Brown Stadium in Providence, Rhode Island on July 4. The top three athletes in each event qualified for the Olympic Games. The women's meeting also served as the annual outdoor track and field championships of the Amateur Athletic Union (AAU); the men's AAU championships were held separately a week before the Olympic trials.