In the APG IV system (2016) for the classification of flowering plants, the name asterids denotes a clade (a monophyletic group). Asterids is the largest group of flowering plants, with more than 80,000 species, about a third of the total flowering plant species. [1] [2] Well-known plants in this clade include the common daisy, forget-me-nots, nightshades (including potatoes, eggplants, tomatoes, chili peppers and tobacco), the common sunflower, petunias, yacon, morning glory, sweet potato, coffee, lavender, lilac, olive, jasmine, honeysuckle, ash tree, teak, snapdragon, sesame, psyllium, garden sage, table herbs such as mint, basil, and rosemary, and rainforest trees such as Brazil nut.

Most of the taxa belonging to this clade had been referred to as Asteridae in the Cronquist system (1981) and as Sympetalae in earlier systems.[ citation needed ] The name asterids (not necessarily capitalised) resembles the earlier botanical name but is intended to be the name of a clade rather than a formal ranked name, in the sense of the ICBN .

Genetic analysis carried out after APG II maintains that the sister to all other asterids are the Cornales. A second order that split from the base of the asterids are the Ericales. The remaining orders cluster into two clades, the lamiids and the campanulids. The structure of both of these clades has changed in APG III. [3] [4]

In the APG III system, the following clades were renamed:

The phylogenetic tree presented hereinafter has been proposed by the APG IV project. [2]

The lamiid subclade consists of about 40,000 species and account for about 15% of angiosperm diversity, characterized in general by superior ovaries and corollas with any fusion of the petals (sympetaly) occurring late in the process of development. The major part of lamiid diversity occurs in the group of five orders from Boraginales to Solanales, referred to informally as "core lamiids" (sometimes called Laminae), although Vahliales consists of the single small genus Vahlia. The remainder of the lamiids are referred to as "basal lamiids", in which Garryales is the sister group to the core lamiids. It has been suggested that the core lamiids radiated from an ancestral line of tropical trees in which the flowers were inconspicuous and the fruit large, drupaceous and often single-seeded. [5]

The Apiales are an order of flowering plants. The families are those recognized in the APG III system. This is typical of the newer classifications, though there is some slight variation and in particular, the Torriceliaceae may also be divided. 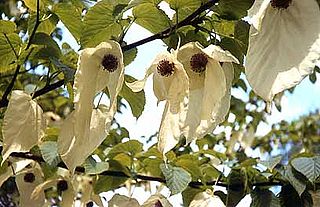 Gelsemiaceae is a family of flowering plants, belonging to the order Gentianales. The family contains only three genera: Gelsemium, Mostuea and Pteleocarpa. Gelsemium has three species, one native to Southeast Asia and southern China and two native to Central America, Mexico, and the southeastern United States. The eight species of Mostuea are native to tropical areas of South America, Africa, and Madagascar. The two genera were formerly classified in the family Loganiaceae. Pteleocarpa was originally placed in Boraginaceae or in its own family Pteleocarpaceae, but it is most closely related to Gelsemiaceae with which it shares significant characters. 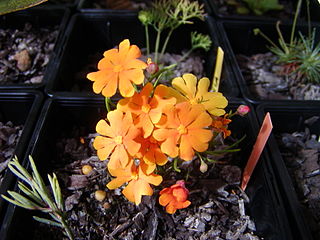 Dilleniaceae is a family of flowering plants with 11 genera and about 430 known species. Such a family has been universally recognized by taxonomists. It is known to gardeners for the genus Hibbertia, which contains many commercially valuable garden species.

The eudicots, Eudicotidae, or eudicotyledons are a clade of flowering plants mainly characterized by having two seed leaves upon germination. The term derives from Dicotyledons. 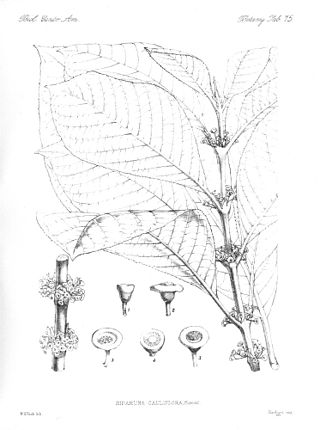 Siparunaceae is a family of flowering plants in the magnoliid order Laurales. It consists of two genera of woody plants, with essential oils: Glossocalyx in West Africa and Siparuna in the neotropics. Glossocalyx is monospecific and Siparuna has about 74 known species. 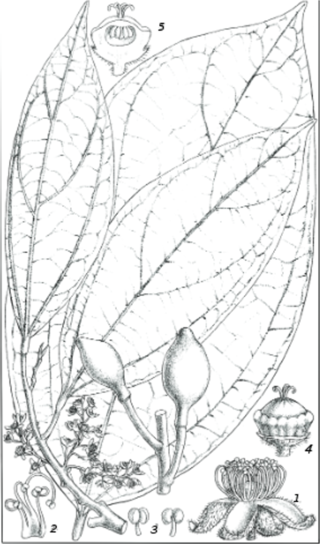 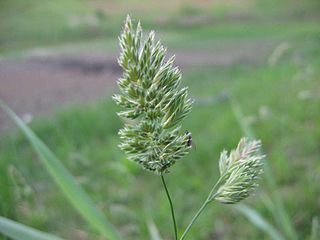 In plant taxonomy, commelinids is a clade of flowering plants within the monocots, distinguished by having cell walls containing ferulic acid.

Najadales is the botanical name of an order of flowering plants. A well-known system that used this name is the Cronquist system (1981), which used this name for an order in subclass Alismatidae with this circumscription: 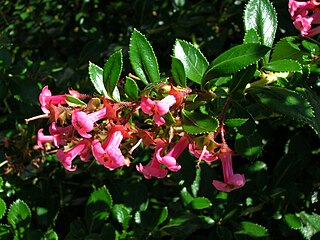 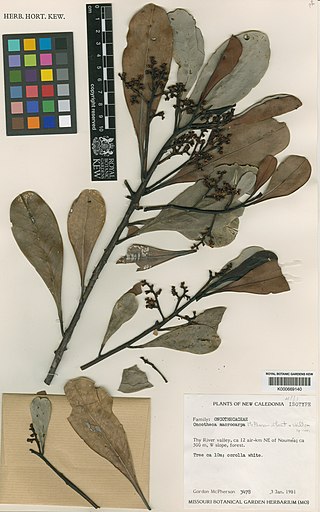 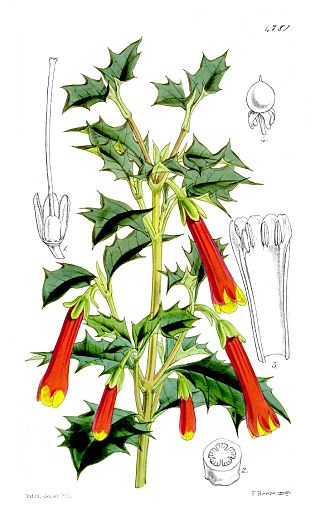 Bruniales is a valid botanic name at the rank of order. Until recently it was not in use, but a 2008 study suggested that Bruniaceae and Columelliaceae are sister clades. The latest revision of the APG system, APG III, places both families as the only members of the order Bruniales, which is sister to the Apiales, and one of the asterid taxa. 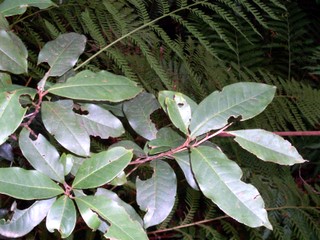 The Paracryphiaceae are a family of woody shrubs and trees native to Australia, southeast Asia, and New Caledonia. In the APG III system of 2009, the family is placed in its own order, Paracryphiales, in the campanulid clade of the asterids. In the earlier APG II system, the family was unplaced as to order and included only Paracryphia. 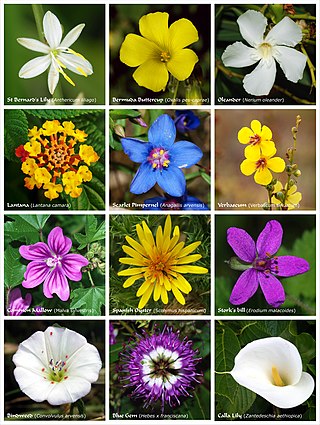 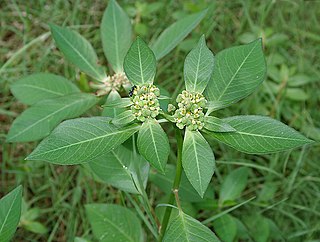 In phylogenetic nomenclature, the Pentapetalae are a large group of eudicots that were informally referred to as the "core eudicots" in some papers on angiosperm phylogenetics. They comprise an extremely large and diverse group that accounting about 65% of the species richness of the angiosperms, with wide variability in habit, morphology, chemistry, geographic distribution, and other attributes. Classical systematics, based solely on morphological information, was not able to recognize this group. In fact, the circumscription of the Pentapetalae as a clade is based on strong evidence obtained from DNA molecular analysis data.