At the 1992 Olympics in Barcelona, he garnered a silver medal in the 200 metre butterfly. In 1996 in Atlanta, Loader won two gold medals: in the 200 and 400 metre freestyle. He set world records in the short course 200 butterfly and 400 freestyle. [3] In the 1997 New Year Honours, Loader was appointed an Officer of the New Zealand Order of Merit, for services to swimming, [4] and he was inducted into the International Swimming Hall of Fame in 2003. [3] 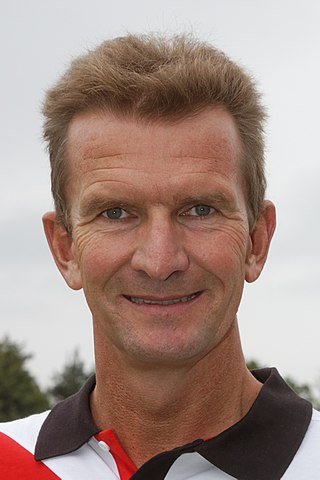 Petria Ann Thomas, is an Australian swimmer and Olympic gold medallist and a winner of 15 national titles. She was born in Lismore, New South Wales, and grew up in the nearby town of Mullumbimby. 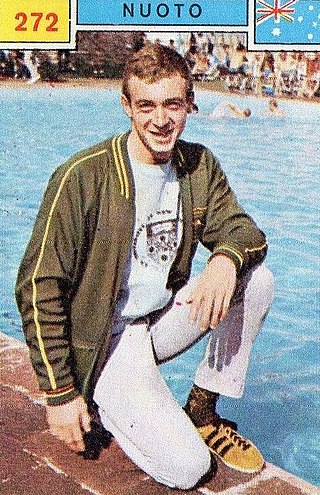 Michael Vincent Wenden, is a champion swimmer who represented Australia in the 1968 Summer Olympics and 1972 Summer Olympics. In 1968 he won four medals: gold in both the 100- and 200-metre freestyle and a silver and a bronze in freestyle relays.

John Birnie Marshall was an Australian competitive swimmer of the 1940s and 1950s who won a silver medal in the 1500-metre and a bronze medal in the 400-metre freestyle at the 1948 Summer Olympics. By the age of 21, he had set 28 world and 38 American records.

Michelle Jan Ford is an Australian former long-distance freestyle and butterfly swimmer of the 1970s and 1980s, who won a gold medal in the 800-metre freestyle, bronze in the 200-metre butterfly, and 4th in the 400-metres freestyle at the 1980 Summer Olympics in Moscow. She was the only non-Soviet bloc female swimmer to win an individual gold medal at the 1980 games. She also set two world records in her career, and was the first Australian woman to win individual Olympic medals in two distinct specialised strokes.

Ian MacIntosh Black is a Scottish former competitive swimmer who represented Great Britain in international competition, including the Olympics and European championships, and Scotland in the Commonwealth Games, during the late 1950s and early 1960s.

New Zealand sent a team of 134 competitors and 57 officials to the 1994 Commonwealth Games, which were held in Victoria, British Columbia, Canada. The flagbearer at the opening ceremony was Brian Fowler, and at the closing ceremony was Stephen Petterson. 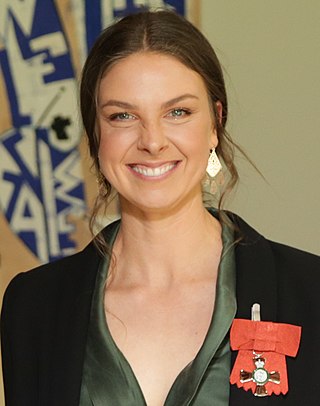