Definitions of a game

.
The set of players

is the space of all possible ways in which player i can play the game.
A strategy for player i

, is a tuple of strategies for all players other than i.

is in most textbooks identical to -
Payoffs

, describing how much gain (money, pleasure, etc.) the players are allocated by the end of the game.

A game in normal form is a function:

Given the tuple of strategies chosen by the players, one is given an allocation of payments (given as real numbers).

A further generalization can be achieved by splitting the game into a composition of two functions:

the outcome function of the game (some authors call this function "the game form"), and:

the allocation of payoffs (or preferences) to players, for each outcome of the game.

This is given by a tree, where at each vertex of the tree a different player has the choice of choosing an edge. The outcome set of an extensive form game is usually the set of tree leaves.

A game in which players are allowed to form coalitions (and to enforce coalitionary discipline). A cooperative game is given by stating a value for every coalition:

It is always assumed that the empty coalition gains nil. Solution concepts for cooperative games usually assume that the players are forming the grand coalition

is then divided among the players to give an allocation.

A Simple game is a simplified form of a cooperative game, where the possible gain is assumed to be either '0' or '1'. A simple game is couple (N, W), where W is the list of "winning" coalitions, capable of gaining the loot ('1'), and N is the set of players.

Acceptable game
is a game form such that for every possible preference profiles, the game has pure nash equilibria, all of which are pareto efficient.

Allocation of goods
is a function

. The allocation is a cardinal approach for determining the good (e.g. money) the players are granted under the different outcomes of the game.

Best reply
the best reply to a given complement

Coalition
is any subset of the set of players:

Condorcet winner
Given a preferenceν on the outcome space, an outcome a is a condorcet winner if all non-dummy players prefer a to all other outcomes.

Decidability
In relation to game theory, refers to the question of the existence of an algorithm that can and will return an answer as to whether a game can be solved or not. [1]

Determinacy
A subfield of set theory that examines the conditions under which one or the other player of a game has a winning strategy, and the consequences of the existence of such strategies. Games studied in set theory are Gale–Stewart games – two-player games of perfect information in which the players make an infinite sequence of moves and there are no draws.

Dictator
A player is a strong dictator if he can guarantee any outcome regardless of the other players.

m is a Weak dictator if:

Another way to put it is:

a weak dictator is

-effective for every possible outcome.
A strong dictator is

Dominated outcome
Given a preferenceν on the outcome space, we say that an outcome a is dominated by outcome b (hence, b is the dominant strategy) if it is preferred by all players. If, in addition, some player strictly prefers b over a, then we say that a is strictly dominated. Formally:

Dominated strategy
we say that strategy is (strongly) dominated by strategy

if for any complement strategies tuple

, player i benefits by playing

Finite game
is a game with finitely many players, each of which has a finite set of strategies.

Grand coalition
refers to the coalition containing all players. In cooperative games it is often assumed that the grand coalition forms and the purpose of the game is to find stable imputations.

Mixed strategy
for player i is a probability distribution P on

. It is understood that player i chooses a strategy randomly according to P.

Pareto efficiency
An outcomea of game formπ is (strongly) pareto efficient if it is undominated under all preference profiles.

Preference profile
is a function

. This is the ordinal approach at describing the outcome of the game. The preference describes how 'pleased' the players are with the possible outcomes of the game. See allocation of goods.

, given that the other players are playing in

. No equilibrium point is dominated.

Say
A player i has a Say if he is not a Dummy, i.e. if there is some tuple of complement strategies s.t. π (σ_i) is not a constant function.
Antonym: Dummy.

Shannon number
A conservative lower bound of the game-tree complexity of chess (10120).

Solved game
A game whose outcome (win, lose or draw) can be correctly predicted assuming perfect play from all players.

Value
A value of a game is a rationally expected outcome. There are more than a few definitions of value, describing different methods of obtaining a solution to the game.

Veto
A veto denotes the ability (or right) of some player to prevent a specific alternative from being the outcome of the game. A player who has that ability is called a veto player.
Antonym: Dummy.

Weakly acceptable game
is a game that has pure nash equilibria some of which are pareto efficient.

Zero sum game
is a game in which the allocation is constant over different outcomes. Formally:

w.l.g. we can assume that constant to be zero. In a zero-sum game, one player's gain is another player's loss. Most classical board games (e.g. chess, checkers) are zero sum. 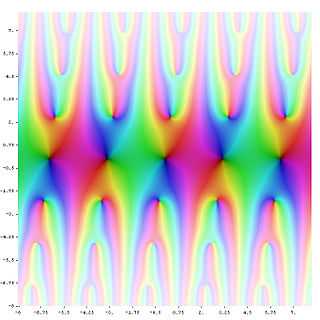 In probability theory, the central limit theorem says that, under certain conditions, the sum of many independent identically-distributed random variables, when scaled appropriately, converges in distribution to a standard normal distribution. The martingale central limit theorem generalizes this result for random variables to martingales, which are stochastic processes where the change in the value of the process from time t to time t + 1 has expectation zero, even conditioned on previous outcomes. 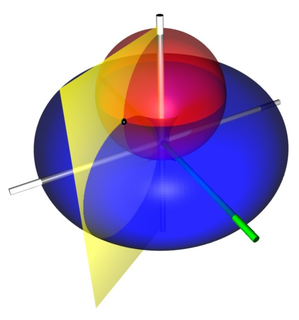 In the Newman–Penrose (NP) formalism of general relativity, Weyl scalars refer to a set of five complex scalars which encode the ten independent components of the Weyl tensor of a four-dimensional spacetime.

In 3-dimensional topology, a part of the mathematical field of geometric topology, the Casson invariant is an integer-valued invariant of oriented integral homology 3-spheres, introduced by Andrew Casson.

The Brownian motion models for financial markets are based on the work of Robert C. Merton and Paul A. Samuelson, as extensions to the one-period market models of Harold Markowitz and William F. Sharpe, and are concerned with defining the concepts of financial assets and markets, portfolios, gains and wealth in terms of continuous-time stochastic processes.

Stochastic portfolio theory (SPT) is a mathematical theory for analyzing stock market structure and portfolio behavior introduced by E. Robert Fernholz in 2002. It is descriptive as opposed to normative, and is consistent with the observed behavior of actual markets. Normative assumptions, which serve as a basis for earlier theories like modern portfolio theory (MPT) and the capital asset pricing model (CAPM), are absent from SPT.