is the subject of mean field game theory. [2]

In mathematics, the surreal number system is a totally ordered proper class containing the real numbers as well as infinite and infinitesimal numbers, respectively larger or smaller in absolute value than any positive real number. The surreals share many properties with the reals, including the usual arithmetic operations ; as such, they form an ordered field. If formulated in von Neumann–Bernays–Gödel set theory, the surreal numbers are a universal ordered field in the sense that all other ordered fields, such as the rationals, the reals, the rational functions, the Levi-Civita field, the superreal numbers, and the hyperreal numbers, can be realized as subfields of the surreals. The surreals also contain all transfinite ordinal numbers; the arithmetic on them is given by the natural operations. It has also been shown that the maximal class hyperreal field is isomorphic to the maximal class surreal field; in theories without the axiom of global choice, this need not be the case, and in such theories it is not necessarily true that the surreals are a universal ordered field.

In mathematics, the nimbers, also called Grundy numbers, are introduced in combinatorial game theory, where they are defined as the values of heaps in the game Nim. The nimbers are the ordinal numbers endowed with nimber addition and nimber multiplication, which are distinct from ordinal addition and ordinal multiplication.

In physics and probability theory, mean-field theory studies the behavior of high-dimensional random (stochastic) models by studying a simpler model that approximates the original by averaging over degrees of freedom. Such models consider many individual components that interact with each other. In MFT, the effect of all the other individuals on any given individual is approximated by a single averaged effect, thus reducing a many-body problem to a one-body problem.

An abstract strategy game is a strategy game in which the theme is not important to the experience of playing. Many of the world's classic board games, including chess, Go, checkers and draughts, xiangqi, shogi, Reversi, nine men's morris, and most mancala variants, fit into this category. As J. Mark Thompson wrote in his article "Defining the Abstract", play is sometimes said to resemble a series of puzzles the players pose to each other:

There is an intimate relationship between such games and puzzles: every board position presents the player with the puzzle, What is the best move?, which in theory could be solved by logic alone. A good abstract game can therefore be thought of as a "family" of potentially interesting logic puzzles, and the play consists of each player posing such a puzzle to the other. Good players are the ones who find the most difficult puzzles to present to their opponents. 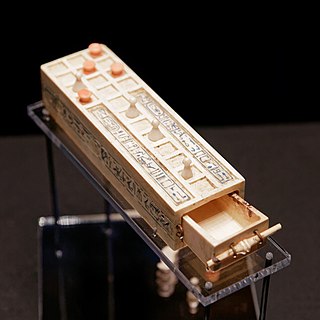 Mean-field game theory is the study of strategic decision making in very large populations of small interacting agents. This class of problems was considered in the economics literature by Boyan Jovanovic and Robert W. Rosenthal, in the engineering literature by Peter E. Caines and his co-workers and independently and around the same time by mathematicians Jean-Michel Lasry and Pierre-Louis Lions. 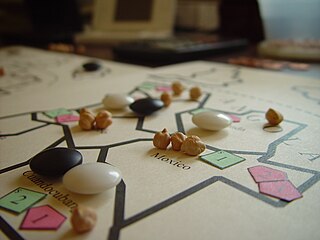