In economics and game theory, global games are games of incomplete information where players receive possibly-correlated signals of the underlying state of the world. Global games were originally defined by Carlsson and van Damme (1993). [1]

The most important practical application of global games has been the study of crises in financial markets such as bank runs, currency crises, and bubbles. However, they have other relevant applications such as investments with payoff complementarities, beauty contests, political riots and revolutions, and any other economic situation which displays strategic complementarity.

Stephen Morris and Hyun Song Shin (1998) [2] considered a stylized currency crises model, in which traders observe the relevant fundamentals with small noise, and show that this leads to the selection of a unique equilibrium. This result overturns the result in models of complete information, which feature multiple equilibria.

Stephen Edward Morris is an economic theorist and game theorist especially known for his research in the field of global games. In 2007 he became the Alexander Stewart 1886 Professor of Economics at Princeton University. He was the editor of Econometrica for the period 2007–2011.

One concern with the robustness of this result is that the introduction of a theory of prices in global coordination games may reintroduce multiplicity of equilibria (Atkeson, 2001). This concern was addressed in Angeletos and Werning (2006) [3] and Hellwig et al.(2006). [4] They show that equilibrium multiplicity may be restored by the existence of prices acting as an endogenous public signal, provided that private information is sufficiently precise.

The Cass criterion, also known as the Malinvaud–Cass criterion, is a central result in theory of overlapping generations models in economics. It is named after David Cass.

George-Marios Angeletos is a Greek economist who is a Professor of Economics at University of Zürich and Massachusetts Institute of Technology (MIT).

Hyun Song Shin (Hangul: 신현송) is a South Korean economic theorist and financial economist who focuses on global games. He has been the Economic Adviser and Head of Research of the Bank for International Settlements (BIS) since May 1, 2014.

Self-fulfilling crisis refers to a situation that a financial crisis is not directly caused by the unhealthy economic fundamental conditions or improper government policies, but a consequence of pessimistic expectations of investors. In other words, investors’ fear of the crisis makes the crisis inevitable, which justified their initial expectations. 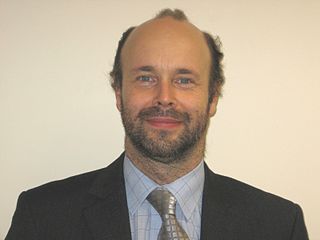 In microeconomics, the Bertrand–Edgeworth model of price-setting oligopoly looks at what happens when there is a homogeneous product where there is a limit to the output of firms which they are willing and able to sell at a particular price. This differs from the Bertrand competition model where it is assumed that firms are willing and able to meet all demand. The limit to output can be considered as a physical capacity constraint which is the same at all prices, or to vary with price under other assumptions. 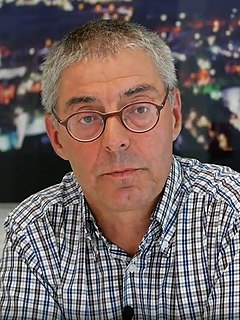 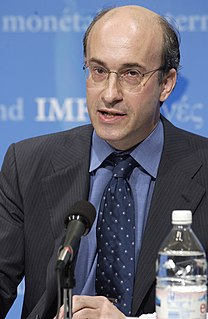 Kenneth Saul "Ken" Rogoff is an American economist and chess Grandmaster. He is the Thomas D. Cabot Professor of Public Policy and Professor of Economics at Harvard University.