The idea of the core already appeared in the writings of Edgeworth (1881) harvtxt error: no target: CITEREFEdgeworth1881 (help), at the time referred to as the contract curve. [1] Even if von Neumann and Morgenstern considered it an interesting concept, they only worked with zero-sum games where the core is always empty. The modern definition of the core is due to Gillies. [2]

denotes the set of players and

is the characteristic function. An imputation

is dominated by another imputation

if there exists a coalition

, such that each player in

(by threatening to leave the grand coalition to form

is dominated if there exists an imputation

The core is the set of imputations that are not dominated. [3]

Consider a group of n miners, who have discovered large bars of gold. If two miners can carry one piece of gold, then the payoff of a coalition S is

Mr A and Mr B are knitting gloves. The gloves are one-size-fits-all, and two gloves make a pair that they sell for €5. They have each made three gloves. How to share the proceeds from the sale? The problem can be described by a characteristic function form game with the following characteristic function: Each man has three gloves, that is one pair with a market value of €5. Together, they have 6 gloves or 3 pair, having a market value of €15. Since the singleton coalitions (consisting of a single man) are the only non-trivial coalitions of the game all possible distributions of this sum belong to the core, provided both men get at least €5, the amount they can achieve on their own. For instance (7.5, 7.5) belongs to the core, but so does (5, 10) or (9, 6).

For the moment ignore shoe sizes: a pair consists of a left and a right shoe, which can then be sold for €10. Consider a game with 2001 players: 1000 of them have 1 left shoe, 1001 have 1 right shoe. The core of this game is somewhat surprising: it consists of a single imputation that gives 10 to those having a (scarce) left shoe, and 0 to those owning an (oversupplied) right shoe. No coalition can block this outcome, because no left shoe owner will accept less than 10, and any imputation that pays a positive amount to any right shoe owner must pay less than 10000 in total to the other players, who can get 10000 on their own. So, there is just one imputation in the core.

The message remains the same, even if we increase the numbers as long as left shoes are scarcer. The core has been criticized for being so extremely sensitive to oversupply of one type of player.

The core in general equilibrium theory

The Walrasian equilibria of an exchange economy in a general equilibrium model, will lie in the core of the cooperation game between the agents. Graphically, and in a two-agent economy (see Edgeworth Box), the core is the set of points on the contract curve (the set of Pareto optimal allocations) lying between each of the agents' indifference curves defined at the initial endowments.

The core in voting theory

When alternatives are allocations (list of consumption bundles), it is natural to assume that any nonempty subsets of individuals can block a given allocation. When alternatives are public (such as the amount of a certain public good), however, it is more appropriate to assume that only the coalitions that are large enough can block a given alternative. The collection of such large ("winning") coalitions is called a simple game. The core of a simple game with respect to a profile of preferences is based on the idea that only winning coalitions can reject an alternative

in favor of another alternative

. A necessary and sufficient condition for the core to be nonempty for all profile of preferences, is provided in terms of the Nakamura number for the simple game.

In game theory, the Nash equilibrium, named after the mathematician John Forbes Nash Jr., is a proposed solution of a non-cooperative game involving two or more players in which each player is assumed to know the equilibrium strategies of the other players, and no player has anything to gain by changing only their own strategy. The utilization of Nash Equilibriums, and its principles date data back to the time of Cournot, a prominent Philosopher and mathematician who pioneered the understanding of economic equilibria.

Pareto efficiency or Pareto optimality is a situation where no individual or preference criterion can be better off without making at least one individual or preference criterion worse off or without any loss thereof. The concept is named after Vilfredo Pareto (1848–1923), Italian engineer and economist, who used the concept in his studies of economic efficiency and income distribution. The following three concepts are closely related: 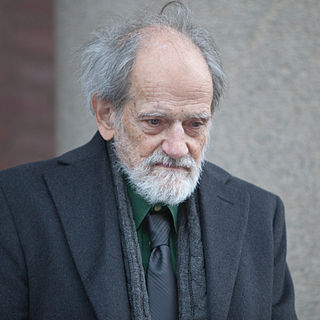 The Shapley value is a solution concept in cooperative game theory. It was named in honor of Lloyd Shapley, who introduced it in 1951 and won the Nobel Prize in Economics for it in 2012. To each cooperative game it assigns a unique distribution of a total surplus generated by the coalition of all players. The Shapley value is characterized by a collection of desirable properties. Hart (1989) provides a survey of the subject.

The Knaster–Kuratowski–Mazurkiewicz lemma is a basic result in mathematical fixed-point theory published in 1929 by Knaster, Kuratowski and Mazurkiewicz.

The Bondareva–Shapley theorem, in game theory, describes a necessary and sufficient condition for the non-emptiness of the core of a cooperative game in characteristic function form. Specifically, the game's core is non-empty if and only if the game is balanced. The Bondareva–Shapley theorem implies that market games and convex games have non-empty cores. The theorem was formulated independently by Olga Bondareva and Lloyd Shapley in the 1960s.

In fully cooperative games players act efficiently when they form a single coalition, the grand coalition. The focus of the game is to find acceptable distributions of the payoff of the grand coalition. Distributions where a player receives less than it could obtain on its own, without cooperating with anyone else, are unacceptable - a condition known as individual rationality. Imputations are distributions that are efficient and are individually rational.

Linear production game is a N-person game in which the value of a coalition can be obtained by solving a linear programming problem. It is widely used in the context of resource allocation and payoff distribution. Mathematically, there are m types of resources and n products can be produced out of them. Product j requires amount of the kth resource. The products can be sold at a given market price while the resources themselves can not. Each of the N players is given a vector of resources. The value of a coalition S is the maximum profit it can achieve with all the resources possessed by its members. It can be obtained by solving a corresponding linear programming problem as follows.

In cooperative game theory and social choice theory, the Nakamura number measures the degree of rationality of preference aggregation rules, such as voting rules. It is an indicator of the extent to which an aggregation rule can yield well-defined choices.