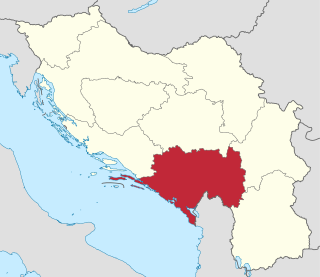 The Montenegrin Second League of Men's Handball is the lower Men's handball league in Montenegro. It is organized by the Handball Federation of Montenegro. The league has seven teams. 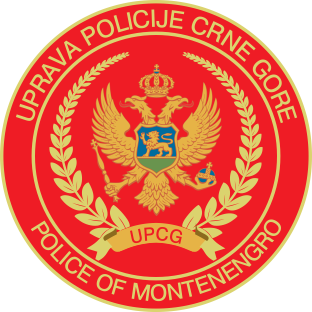 Law enforcement in Montenegro is primarily the responsibility of the Police Administration.

Telephone numbers in Yugoslavia consisted of a 3-digit area code followed by 6 digits. In Serbia, they mainly began with 1, 2 or 3, in Croatia 4 or 5, in Slovenia 6, Bosnia 7, in Montenegro 8 and in Macedonia 9.

The 2015–16 Montenegrin Cup is the 10 season of the Montenegrin knockout football tournament. The winner of the tournament received a berth in the first qualifying round of the 2016–17 UEFA Europa League. The defending champions are Mladost, who beat Petrovac in the final of the last competition. The competition will feature 30 teams. It started on 16 September 2015 and ended with the final on 2 June 2016.