(a) The Supreme Court may appoint a marshal, who shall be subject to removal by the Court, and may fix his compensation.

(b) The marshal may, with the approval of the Chief Justice of the United States, appoint and fix the compensation of necessary assistants and other employees to attend the Court, and necessary custodial employees.

(c) The marshal shall:

(1) Attend the Court at its sessions;
(2) Serve and execute all process and orders issued by the Court or a member thereof;
(3) Take charge of all property of the United States used by the Court or its members;
(4) Disburse funds appropriated for work upon the Supreme Court building and grounds under the jurisdiction of the Architect of the Capitol upon certified vouchers submitted by the Architect;
(5) Disburse funds appropriated for the purchase of books, pamphlets, periodicals and other publications, and for their repair, binding, and rebinding, upon vouchers certified by the librarian of the Court;
(6) Pay the salaries of the Chief Justice, associate justices, and all officers and employees of the Court and disburse other funds appropriated for disbursement, under the direction of the Chief Justice;
(7) Pay the expenses of printing briefs and travel expenses of attorneys in behalf of persons whose motions to appear in forma pauperis in the Supreme Court have been approved and when counsel have been appointed by the Supreme Court, upon vouchers certified by the clerk of the Court;
(8) Oversee the Supreme Court Police.

To carry out these duties, 40 U.S.C.   § 6121 authorizes the Marshal to police the Supreme Court building and protect the Justices, employees of the Court, and visitors to the Court. The Marshal also has authority to make arrests in carrying out these duties.

At the beginning of each session of the Court, the 10 a.m. entrance of the Justices into the Courtroom is announced by the Marshal. Those present, at the sound of the gavel, arise and remain standing until the robed Justices are seated following the traditional chant: "The Honorable, the Chief Justice and the Associate Justices of the Supreme Court of the United States. Oyez! Oyez! Oyez! All persons having business before the Honorable, the Supreme Court of the United States, are admonished to draw near and give their attention, for the Court is now sitting. God save the United States and this Honorable Court!"

The office of Marshal was created by statute in 1867. The Marshals since that date have been:

On July 7, 2020, the Court announced that Marshal Talkin would retire effective July 31, 2020, after 19 years as Marshal and 47 total years of federal employment. [1] Her successor has not yet been announced.

The Necessary and Proper Clause, also known as the Elastic Clause, is a clause in Article I, Section 8 of the United States Constitution:

The Congress shall have Power... To make all Laws which shall be necessary and proper for carrying into Execution the foregoing Powers, and all other Powers vested by this Constitution in the Government of the United States, or in any Department or Officer thereof. 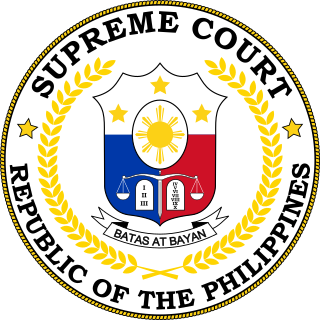 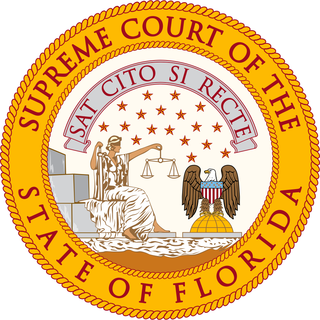 The enumerated powers of the United States Congress are listed in Article I, Section 8 of the United States Constitution. In summary, Congress may exercise the powers that the Constitution grants it, subject to the individual rights listed in the Bill of Rights. Moreover, the Constitution expresses various other limitations on Congress, such as the one expressed by the Tenth Amendment: "The powers not delegated to the United States by the Constitution, nor prohibited by it to the States, are reserved to the States respectively, or to the people." Historically, Congress and the Supreme Court have broadly interpreted the enumerated powers, especially by deriving many implied powers from them. The enumerated powers listed in Article One include both exclusive federal powers, as well as concurrent powers that are shared with the states, and all of those powers are to be contrasted with reserved powers that only the states possess.

Oyez is a traditional interjection said two or three times in succession to introduce the opening of a court of law, especially in Great Britain. The interjection is also traditionally used by town criers to attract the attention of the public to public proclamations. 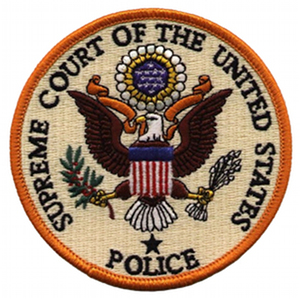 Gonzaga University v. Doe, 536 U.S. 273 (2002), was a case in which the Supreme Court of the United States ruled that the Family Educational Rights and Privacy Act of 1974, which prohibits the federal government from funding educational institutions that release education records to unauthorized persons, does not create a right which is enforceable under 42 U.S.C. § 1983.

Pamela T. Talkin is a former Marshal of the United States Supreme Court and the first woman to hold this position.

Agostini v. Felton, 521 U.S. 203 (1997), is a landmark decision of the Supreme Court of the United States. In this case, the Court overruled its decision in Aguilar v. Felton (1985), now finding that it was not a violation of the Establishment Clause of the First Amendment for a state-sponsored education initiative to allow public school teachers to instruct at religious schools, so long as the material was secular and neutral in nature and no "excessive entanglement" between government and religion was apparent. This case is noteworthy in a broader sense as a sign of evolving judicial standards surrounding the First Amendment, and the changes that have occurred in modern Establishment Clause jurisprudence. 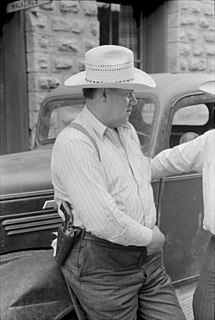 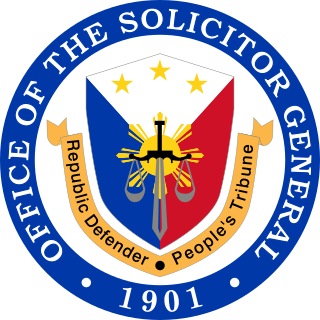 The Office of the Solicitor General of the Philippines, formerly known as the Bureau of Justice, is an independent and autonomous office attached to the Department of Justice. The OSG is headed by Jose Calida.

The County sheriff (Florida) is a Florida constitutional officer and a part of the state judicial branch.

Schlesinger v. Reservists Committee to Stop the War, 418 U.S. 208 (1974), was a decision by the United States Supreme Court which ruled that citizens do not have the right to challenge the constitutionality of members of Congress holding reserve commissions in the armed forces.