Its name derives from the four-yearly exhibitions it is required to host by its constitution. It is based in Rome in the monumental complex of Villa Carpegna.

All the Rome Quadriennale main exhibitions held at its historical site, the Palazzo delle Esposizioni of Rome, except where indicated.

Images from the Middle Earth was an international Tolkien art exhibition conceived and curated by Davide Martini that started in Italy including more than 170 artworks.

Luciano Fabro was an Italian sculptor, conceptual artist and writer associated with the Arte Povera movement.

The Palazzo delle Esposizioni is a neoclassical exhibition hall, cultural center and museum on Via Nazionale in Rome, Italy.

Francesco Poli is an Italian art critic and curator. He teaches History of Contemporary Art at the Academy of Fine Arts of Brera. He is also "chargé de cours" at University of Paris 8 and teaches Art and Communication at the University of Turin.

Enrico Del Debbio was an Italian architect and university professor.

Fabrice de Nola is an Italian-Belgian artist born in Messina (Sicily) in 1964. He introduced the use of QR codes in oil paintings. In 2006, he created the first oil paintings containing texts and web connections to be used on mobile phones.

Nico Vascellari is a widely considered and one of the most important Italian living visual artists. 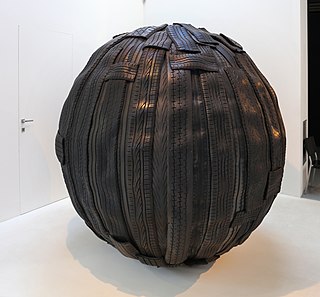 Luca Alinari was an Italian painter.

Renato Signorini was an Italian sculptor, painter and medalist. 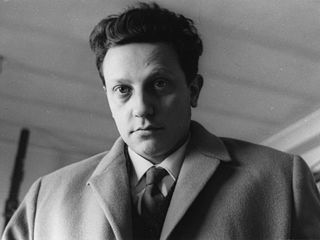 The statue of Hercules Strangling the Nemean Lion is a bronze statue located in the Piazza Ognissanti, overlooking the Arno river in Florence, region of Tuscany, Italy.

Elisa Montessori is an Italian painter.

Minya Mikic is an Italian artist, painter, and graphic designer. She lives and works between Rome and Zurich and regularly exhibits her work in Europe and New York.

Giuseppe Biagi is an Italian painter and member of the Metacosa Movement.

Giorgio Di Genova is an Italian art historian, critic and curator, mostly known for being the author of History of Italian Art of the Twentieth Century.

Beatrice Catanzaro is an Italian-Swedish artist known for her long term socially engaged art practice and exploring issues such as migration and cultural exchange. She has also worked as a professor.