Year 1098 ( MXCVIII ) was a common year starting on Friday (link will display the full calendar) of the Julian calendar. 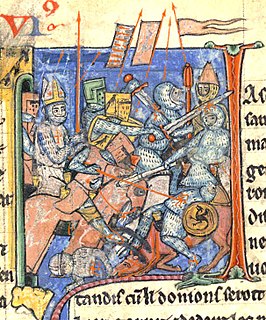 Adhemarde Monteil was one of the principal figures of the First Crusade and was bishop of Puy-en-Velay from before 1087. He was the chosen representative of Pope Urban II for the expedition to the Holy Land. Remembered for his martial prowess, he led knights and men into battle and fought beside them, particularly at the Battle of Dorylaeum and Siege of Antioch. Adhemar is said to have carried the Holy Lance in the Crusaders’ desperate breakout at Antioch on 28 June 1098, in which superior Islamic forces under the atabeg Kerbogha were routed, securing the city for the Crusaders. He died in 1098 due to illness.

Year 1099 (MXCIX) was a common year starting on Saturday of the Julian calendar.

Year 1111 (MCXI) was a common year starting on Sunday of the Julian calendar.

Year 1097 (MXCVII) was a common year starting on Thursday of the Julian calendar.

Year 1103 (MCIII) was a common year starting on Thursday of the Julian calendar.

Year 1105 (MCV) was a common year starting on Sunday of the Julian calendar.

Year 1108 (MCVIII) was a leap year starting on Wednesday of the Julian calendar. 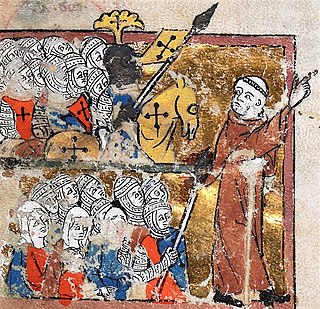 The First Crusade (1096–1099) was the first of a series of religious wars initiated, supported, and sometimes directed by the Latin Church in the medieval period. The initial objective was the recovery of the Holy Land from Islamic rule. These campaigns were subsequently given the name crusades. The earliest initiative for the First Crusade began in 1095 when the Byzantine Emperor, Alexios I Komnenos, requested military support from the Council of Piacenza in the Byzantine Empire's conflict with the Seljuk-led Turks. This was followed later in the year by the Council of Clermont, during which Pope Urban II supported the Byzantine request for military assistance and also urged faithful Christians to undertake an armed pilgrimage to Jerusalem. 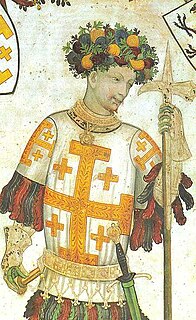 Godfrey of Bouillon was a French nobleman and one of the pre-eminent leaders of the First Crusade. He was the first ruler of the Kingdom of Jerusalem from 1099 to 1100. He apparently avoided using the title of king, choosing instead that of princeps. Older scholarship is more fond of another title, that of "advocatus of the Holy Sepulchre", a secondary title probably used by Godfrey, which is still also preferred by the Catholic Equestrian Order of the Holy Sepulchre of Jerusalem. 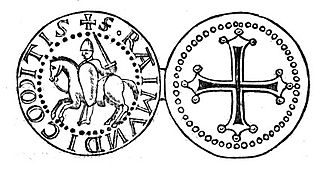 Raymond IV, sometimes called Raymond of Saint-Gilles or Raymond I of Tripoli, was a powerful noble in southern France and one of the leaders of the First Crusade (1096–99). He was the Count of Toulouse, Duke of Narbonne and Margrave of Provence from 1094, and he spent the last five years of his life establishing the County of Tripoli in the Near East.

Kerbogha was Atabeg of Mosul during the First Crusade and was renowned as a soldier. 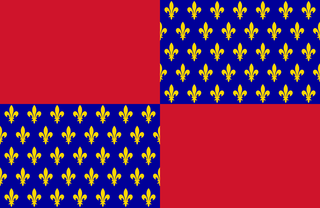 The Siege of Antioch took place during the First Crusade in 1097 and 1098. The first siege, by the crusaders against the Muslim-held city, lasted from 21 October 1097 to 2 June 1098. Antioch lay in a strategic location on the crusaders' route to Palestine. Supplies, reinforcements and retreat could all be controlled by the city. Anticipating that it would be attacked, the Muslim governor of the city, Yaghi-Siyan, began stockpiling food and sending requests for help. The Byzantine walls surrounding the city presented a formidable obstacle to its capture, but the leaders of the crusade felt compelled to besiege Antioch anyway. 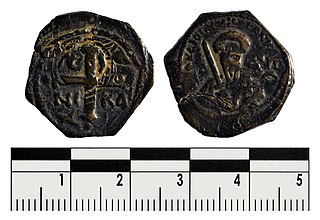 Tancred was an Italo-Norman leader of the First Crusade who later became Prince of Galilee and regent of the Principality of Antioch. Tancred came from the house of Hauteville and had a great-grandfather with the same name. 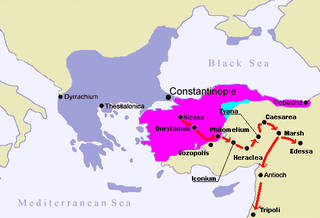 The First Crusade march down the Mediterranean coast, from recently taken Antioch to Jerusalem, started on 13 January 1099. During the march the Crusaders encountered little resistance, as local rulers preferred to make peace with them and furnish them with supplies rather than fight, with a notable exception of the aborted siege of Arqa. On 7 June, the Crusaders reached Jerusalem, which had been recaptured from the Seljuks by the Fatimids only the year before. 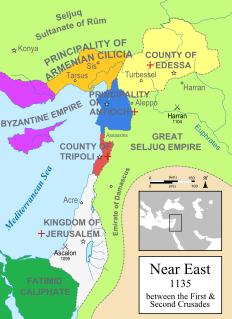