Last updated July 08, 2019
Not to be confused with Acton Park, Tasmania.
Town in Western Australia

Acton Park is a small town and agricultural district located in the South West of Western Australia inland from Busselton along Jalbarragup Road. It contains a hall and B&B farmstay and chalet accommodation. At the 2011 Australian Census the area had a population of 257. [1] 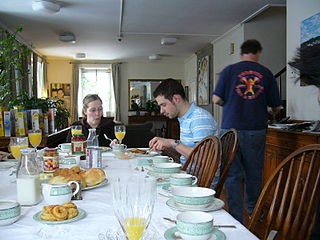 A bed and breakfast is a small lodging establishment that offers overnight accommodation and breakfast. Bed and breakfasts are often private family homes and typically have between four and eleven rooms, with six being the average. In addition, a B&B usually has the hosts living in the house.

Acton may refer to: 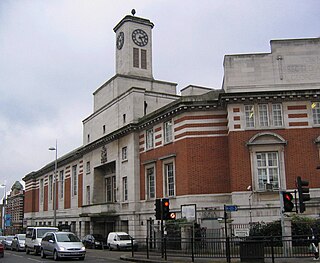 Acton is an area of west London, England, within the London Borough of Ealing. It is 6.1 miles (10 km) west of Charing Cross. It lies within the Historic County of Middlesex. 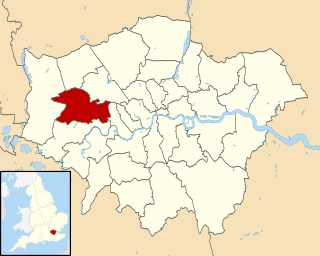 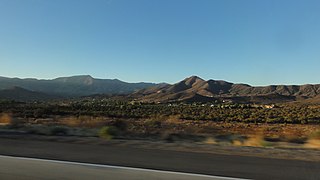 Acton is an unincorporated census-designated place in Los Angeles County, California, near the Antelope Valley. According to the 2010 census, Acton had a population of 7,596.

Acton is a town in York County, Maine, United States. The population was 2,447 at the 2010 census. It includes the villages of Acton, Miller Corner and South Acton. The town is home to the Acton Fairground, which holds the Acton Fair every late summer. It is part of the Portland–South Portland–Biddeford, Maine metropolitan statistical area. 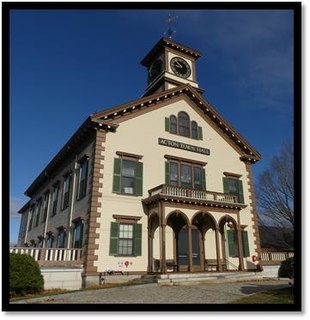 Acton is a town in Middlesex County, Massachusetts, United States, approximately twenty-one miles west-northwest of Boston along Route 2 west of Concord and about ten miles (16 km) southwest of Lowell. The population was 21,929 at the 2010 census. It is bordered by Westford and Littleton to the north, Concord and Carlisle to the east, Stow, Maynard, and Sudbury to the south and Boxborough to the west. Acton became an incorporated town in 1735. The town employs the Open Town Meeting form of government with a Town Manager and an elected, five-member Board of Selectmen. Acton was named the 11th Best Place To Live among small towns in the country by Money Magazine in 2015, and the 16th best in 2009 and in 2011. The local high school, Acton-Boxborough Regional High School, was named a Blue Ribbon School by the U.S. Department of Education in 2009. In 2012, U.S. News & World Report ranked Acton-Boxborough #3 among open enrollment high schools and #7 overall for STEM education in the United States.[6]

Acton Regional County Municipality is a regional county municipality located in the Montérégie region of Quebec. The seat is Acton Vale.

Halton Hills is a town in the Regional Municipality of Halton, located in the northwestern end of the Greater Toronto Area, Ontario, Canada with a population of 61,161 (2016). 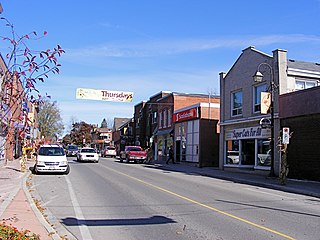 Acton is a community located in the town of Halton Hills, in Halton Region, Ontario, Canada. At the northern end of the Region, it is on the outer edge of the Greater Toronto Area and is one of two of the primary population centres of the Town; the other is Georgetown. From 1842 until 1986, the town was a major centre for the tanning and leather goods industry. In the early years, it was often referred to as "Leathertown".

Acton is a suburb of Canberra, ACT, Australia. Acton covers an area west of the CBD, bordered by Black Mountain to the west and Lake Burley Griffin in the south. The Australian National University campus covers most of the suburb, though also located in Acton is the National Film and Sound Archive, a branch of the CSIRO and the National Museum of Australia.

Acton Vale is an industrial town in south-central Quebec, Canada. It is the seat of the Regional County Municipality of Acton and is in the Montérégie administrative region. The population as of the Canada 2011 Census was 7,664. The town covers an area of 90.96 km².

Acton is a small village and civil parish lying immediately west of the town of Nantwich in the unitary authority of Cheshire East and the ceremonial county of Cheshire, England. The civil parish covers 762 acres (3.08 km2) and also includes the small settlement of Dorfold and part of Burford, with an estimated population of 340 in 2006. It is administered jointly with the adjacent civil parishes of Henhull and Edleston. Historically, Acton refers to a township and also to an ancient parish in the Nantwich Hundred covering a wide area to the west of Nantwich. The area is agricultural, with dairy farming the main industry. Around a third of the area falls within the Dorfold Estate. Historically, agriculture was the major employer, but it has now been overtaken by the service industries, with many residents commuting significant distances outside the parish to work. 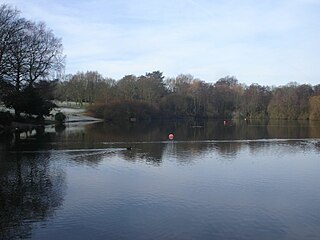 Acton is a local government community, the lowest tier of local government, part of the Wrexham County Borough in Wales. It lies in the north-eastern part of the market town of Wrexham. The area is largely residential and at its centre, lies Acton Park, the location of the former Acton Hall.

Acton is a suburb of the City of Burnie in north-west Tasmania, Australia.

Acton Park is a rural suburb of Hobart, capital of Tasmania, Australia. It is in the City of Clarence local government area. Its 2006 population was 2,129. In 2011 there were 2166 people living in Acton Park. 51.2% are male and 48.8% are female. Acton Park has a population of 8 indigenous people.

Brooklyn is a suburb of Burnie, Tasmania, Australia to the south-east of the main town centre.

Rhosnesni is a ward in the community of Acton in Wrexham, Wales and constitutes an electoral division of the town of Wrexham. The population of this ward at the 2011 census was 3,683.

Worleston is a village and civil parish in the unitary authority of Cheshire East and the ceremonial county of Cheshire, England. The village lies 2½ miles north of Nantwich and 3 miles west of Crewe. The civil parish also includes the settlements of Beambridge, Rease Heath, Mile End and Rookery, with a total population of a little over 400, at the 2011 Census included Poole, Cheshire and measured 452.