Brookhampton is a small town in the Shire of Donnybrook-Balingup in the South West region of Western Australia.

It was first established as a railway station on the Donnybrook to Bridgetown railway line, which was completed in 1898. A primary school operated in the town from 1899 until 1940. The local hall was an important community event location in the 1920s. [1] [2] A woodchip mill was proposed for the locality in the early 2000s. [3] [4] [5] 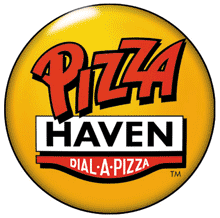 Pizza Haven is a defunct Australian and New Zealand pizza restaurant chain and franchise operation. Founded in 1984, four brothers Evan, Louis, Bill and Gabriel Christou started Pizza Haven with the aid of a A$24,000 mortgage on their parents' home. The first Pizza Haven outlet was at Glenelg in Adelaide. Employing twelve people, the Christou brothers were active in the running of the business. Pizza Haven evolved into a small franchised business model.

Moorilla Estate is a winery located in the suburb of Berriedale, 12 km north of the city centre of Hobart, in Tasmania. 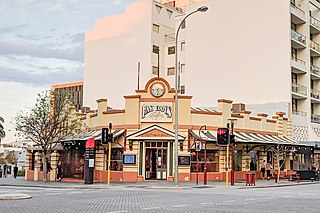 Fast Eddys Cafe was a fast food and restaurant chain that primarily operated in Perth, Western Australia and also briefly in New South Wales, Adelaide, South Australia, Cairns, Queensland and Melbourne, Victoria. Fast Eddys was most notable at the time of its establishment for being one of the few Perth restaurants open 24 hours a day, 7 days a week including public holidays. 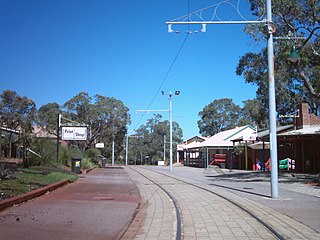 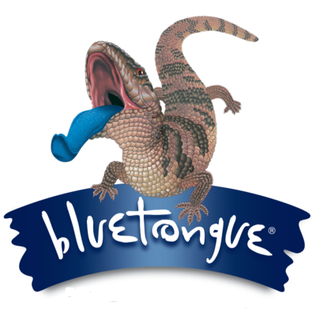 Bluetongue Brewery was an Australian brewery owned by SABMiller. The brewery had a capacity of 100 million litres per annum, and supplied beer to all Australian states. On 23 January 2014, it was announced that Bluetongue would be phased out and discontinued as a brand.

Midland Gate Shopping Centre is located in Midland, Western Australia. It is north of Great Eastern Highway, and east of the earlier Midland Junction shopping area that was focused on the Great Northern Highway.

David Llewellyn-Smith is an Australian writer and independent publisher in the field of macroeconomics.

The Jessie Street National Women's Library is a specialist library that collects, preserves, and promotes the awareness of the literary and cultural heritage of Australian women.

Rough Range is a location in Western Australia where oil was discovered during an exploration drilling programme in 1953.

Raine Square is a property in the central business district of Perth, Western Australia. It is in a block bound by Murray Street, William Street and Wellington Streets. The square is named after Joe and Mary Raine.

The Locke Nature Reserve, also known as the Locke Estate, is an area of Crown land located on the coast of Geographe Bay near Caves Road approximately 10 kilometres (6 mi) west of the town of Busselton. Comprising an area of 37.5 hectares, the estate was designated an A-Class Reserve in the 1920s for the purposes of "Recreational Campsites and Group Holiday accommodation".

The Fremantle Volunteer Sea Rescue Group Inc, or Fremantle Sea Rescue (FSR), is a volunteer lead marine search and rescue service based in Fremantle, Western Australia. It operates continuously and responds to approximately 700 incidents a year. It is one of 39 sea rescue services recognised by the Department of Fire and Emergency Services, who between them cover over 13,000 kilometres (8,100 mi) of the Western Australian coast. Fremantle Sea Rescue was established in 1977. Prior to 1975 there was no formal sea rescue service operating in WA. Following an incident in 1972 when two people drowned after their boat hit a submerged object, at the insistence of East Fremantle Yacht Club, yacht clubs in the Perth area formed the Volunteer Sea Search and Rescue Association (WA) in 1975. It was from this organisation that the Fremantle Sea Rescue Service was formed.

Prime Plaza Hotels & Resorts is hotel chain which is headquartered in Jakarta, Indonesia. The company was founded in 2003.

Kemerton Power Station is a power station 17 km northeast of Bunbury in Western Australia. It is located in an area known as the Kemerton Industrial Park. The location had been considered as being Kemerton, in the 1980s as a potential aluminium smelter location, but is now considered to be part of Wellesley. The consideration of the site as being appropriate as a power station site was being considered in the early 2000s.