Amber Valley is a local government district and borough in the east of Derbyshire, England. It takes its name from the River Amber. It covers a semi-rural zone with four main towns whose economy was based on coal mining and remains to some extent influenced by engineering, distribution and manufacturing, holding for instance the headquarters and production site of Thorntons confectionery.

The village of Crich and other parts of the district were the setting for ITV drama series Peak Practice .

Elections to the borough council are held in three out of every four years, with one third of the 45 seats on the council being elected at each election. The council has been run by the Conservative party since they gained control from the Labour party at the 2000 election except for a single year after the 2014 election and for two years after the 2019 election. Following the 2021 election the council is once again under Conservative party control and is currently composed of the following numbers of councillors:

Ripley is a town in the Amber Valley borough of Derbyshire, England. Ripley engineers came up with some early improvements to the railway system. 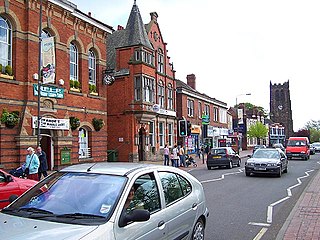 Heanor (/ˈhiːnə/) is a town in the Amber Valley district of Derbyshire in the East Midlands of England. It lies 8 miles (13 km) north-east of Derby and forms, with the adjacent village of Loscoe, the civil parish and town council-administered area of Heanor and Loscoe, which had a population of 17,251 in the 2011 census. 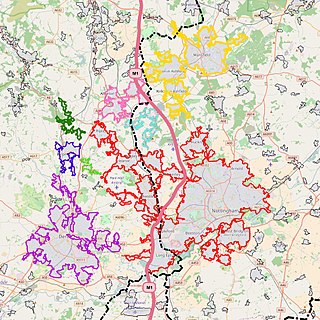 The Nottingham Built-up Area (BUA), Nottingham Urban Area, or Greater Nottingham is an area of land defined by the Office for National Statistics as which is built upon, with nearby areas linked if within 200 metres - see the List of urban areas in the United Kingdom article for a broader definition. It consists of the city of Nottingham and the adjoining urban areas of Nottinghamshire and Derbyshire, in the East Midlands of England. It had a total population of 729,977 at the time of the 2011 census. This was an increase of almost 10% since the 2001 census recorded population of 666,358, due to population increases, reductions and several new sub-divisions.

Amber Valley is a constituency in Derbyshire, represented in the House of Commons of the UK Parliament since 2010 by Nigel Mills, a Conservative. 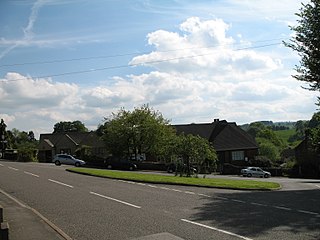 Dethick, Lea and Holloway is a civil parish, in the Amber Valley borough of the English county of Derbyshire. The population of the civil parish taken at the 2011 census was 1,027.

Kedleston is a village and civil parish in the Amber Valley district of Derbyshire. It lies to the north-west of Derby, and nearby places include Quarndon, Weston Underwood, Mugginton, and Kirk Langley. The population at the 2011 Census was less than 100. Details are included in the civil parish of Mackworth, Amber Valley.

Codnor is a Derbyshire village and civil parish in the Amber Valley district, and a former mining community, with a population of 3,766 as taken at the 2011 Census. It is approximately 12 miles from the city of Derby and 14 miles from Nottingham by road. 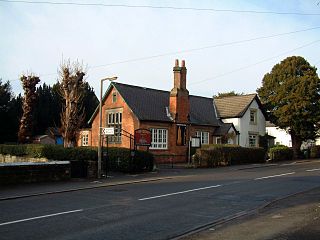 Smalley is a village on the main A608 Heanor to Derby road in Derbyshire in the East Midlands of England. The population of the civil parish as of the 2011 census was 2,784.

Heanor was an Urban District in Derbyshire, England from 1894 to 1974. It was created under the Local Government Act 1894.

Ripley was an Urban District in Derbyshire, England from 1894 to 1974. It was created under the Local Government Act 1894.