This is a list of places in Derbyshire , England.

Derbyshire Wildlife Trust is one of 46 local Wildlife Trusts around the UK working to promote and protect local wildlife. It covers the whole of Derbyshire and was founded in 1962 in response to environmental threats to the local countryside, since when it has continued to grow. The Trust is now based at East Mill on the River Derwent in the town of Belper, Derbyshire. It is a Registered Charity, supported by more than 14,000 members and over 500 volunteers.

Stanton may refer to: 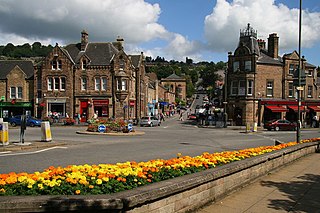 Matlock is the county town of Derbyshire, England. It is situated in the south-eastern part of the Peak District, with the National Park directly to the west. The town is twinned with the French town of Eaubonne. The former spa resort of Matlock Bath lies immediately south of the town on the A6. The civil parish of Matlock Town had a population in the 2011 UK census of 9,543. The population of the wider Matlock urban area is approximately 20,000.

Pilsley is a rural village and civil parish in North East Derbyshire, near Chesterfield. At the 2011 Census the population was 3,487. Pilsley consists of two distinct residential areas known as Lower Pilsley and Pilsley. Lower Pilsley being the northern residential area and Pilsley being the southern residential area. There is some local disagreement as to whether these two areas constitute two separate villages or one larger village. At the start of the village's life, people referred to the area around what is now Pilsley primary as Nether Pilsley. Both areas of the village are united by the same parish council, Pilsley Parish Council, which was formed on 30 January 1874; Pilsley having previously been part of the parish of North Wingfield. Maps show that the village is made up of four separate residential areas, which are, in order of their north to south alignment, Lower Pilsley, Upper Pilsley, Pilsley and Nether Pilsley. 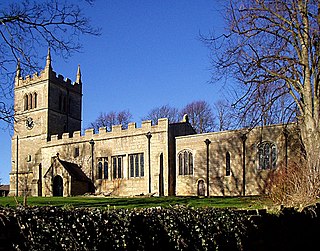 Scarcliffe is a village and civil parish in the Bolsover district of Derbyshire, England. It is sometimes called Scarcliffe with Palterton. The population of the parish at the 2001 UK Census was 5,211, increasing to 5,288 at the 2011 Census.

Darley Bridge is a village in Derbyshire, located in South Darley parish in the Derbyshire Dales, bordering the Peak District. The village lies at the bottom of the hill below Wensley where the road crosses the River Derwent. A grade II* listed stone bridge spans the river and links the village with Darley Dale. Close to the bridge, the road winds between terraced stone houses in the oldest part of the village. The only public house in the parish, The Three Stags Heads, is in this area. 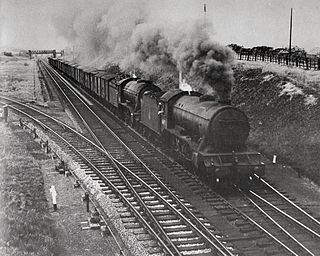