Last updated October 02, 2022
Diseases caused by disturbed function of ion channel subunits or the proteins that regulate them
Medical condition

Channelopathies are a group of diseases caused by the dysfunction of ion channel subunits or their interacting proteins. These diseases can be inherited or acquired by other disorders, drugs, or toxins. Mutations in genes encoding ion channels, which impair channel function, are the most common cause of channelopathies. [1] There are more than 400 genes that encode ion channels, found in all human cell types and are involved in almost all physiological processes. [2] Each type of channel is a multimeric complex of subunits encoded by a number of genes. Depending where the mutation occurs it may affect the gating, conductance, ion selectivity, or signal transduction of the channel.

Channelopathies can be categorized based on the organ system which they are associated with. In the cardiovascular system, the electrical impulse needed for each heartbeat is made possible by the electrochemical gradient of each heart cell. Because the heartbeat is dependent on the proper movement of ions across the surface membrane, cardiac channelopathies make up a key group of heart diseases. [3] Long QT syndrome, the most common form of cardiac channelopathy, is characterized by prolonged ventricular repolarization, predisposing to a high risk of ventricular tachyarrhythmias (e.g., torsade de pointes), syncope, and sudden cardiac death. [4]

Channelopathies affecting synaptic function are a type of synaptopathy.

Mutations in genes encoding ion channels, which cause defects in channel function, are the most common cause of channelopathies. [5]

The types in the following table are commonly accepted.[ by whom? ][ citation needed ] Channelopathies currently under research, like Kir4.1 potassium channel in multiple sclerosis, are not included. 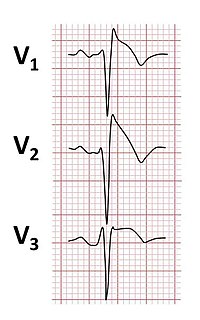 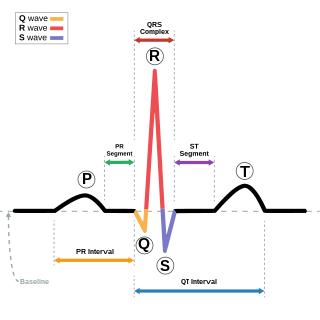 Romano–Ward syndrome is the most common form of congenital Long QT syndrome (LQTS), a genetic heart condition that affects the electrical properties of heart muscle cells. Those affected are at risk of abnormal heart rhythms which can lead to fainting, seizures, or sudden death. Romano–Ward syndrome can be distinguished clinically from other forms of inherited LQTS as it affects only the electrical properties of the heart, while other forms of LQTS can also affect other parts of the body.

hERG is a gene that codes for a protein known as Kv11.1, the alpha subunit of a potassium ion channel. This ion channel is best known for its contribution to the electrical activity of the heart: the hERG channel mediates the repolarizing IKr current in the cardiac action potential, which helps coordinate the heart's beating.

Inward-rectifier potassium channels (Kir, IRK) are a specific lipid-gated subset of potassium channels. To date, seven subfamilies have been identified in various mammalian cell types, plants, and bacteria. They are activated by phosphatidylinositol 4,5-bisphosphate (PIP2). The malfunction of the channels has been implicated in several diseases. IRK channels possess a pore domain, homologous to that of voltage-gated ion channels, and flanking transmembrane segments (TMSs). They may exist in the membrane as homo- or heterooligomers and each monomer possesses between 2 and 4 TMSs. In terms of function, these proteins transport potassium (K+), with a greater tendency for K+ uptake than K+ export. The process of inward-rectification was discovered by Denis Noble in cardiac muscle cells in 1960s and by Richard Adrian and Alan Hodgkin in 1970 in skeletal muscle cells.

Sodium channels are integral membrane proteins that form ion channels, conducting sodium ions (Na+) through a cell's membrane. They belong to the superfamily of cation channels and can be classified according to the trigger that opens the channel for such ions, i.e. either a voltage-change ("voltage-gated", "voltage-sensitive", or "voltage-dependent" sodium channel; also called "VGSCs" or "Nav channel") or a binding of a substance (a ligand) to the channel (ligand-gated sodium channels).

Periodic paralysis is a group of rare genetic diseases that lead to weakness or paralysis from common triggers such as cold, heat, high carbohydrate meals, not eating, stress or excitement and physical activity of any kind. The underlying mechanism of these diseases are malfunctions in the ion channels in skeletal muscle cell membranes that allow electrically charged ions to leak in or out of the muscle cell, causing the cell to depolarize and become unable to move.

Paramyotonia congenita (PC) is a rare congenital autosomal dominant neuromuscular disorder characterized by "paradoxical" myotonia. This type of myotonia has been termed paradoxical because it becomes worse with exercise whereas classical myotonia, as seen in myotonia congenita, is alleviated by exercise. PC is also distinguished as it can be induced by cold temperatures. Although more typical of the periodic paralytic disorders, patients with PC may also have potassium-provoked paralysis. PC typically presents within the first decade of life and has 100% penetrance. Patients with this disorder commonly present with myotonia in the face or upper extremities. The lower extremities are generally less affected. While some other related disorders result in muscle atrophy, this is not normally the case with PC. This disease can also present as hyperkalemic periodic paralysis and there is debate as to whether the two disorders are actually distinct.

Neuromuscular medicine is a subspecialty of neurology and physiatry that focuses the diagnosis and management of neuromuscular diseases. The field encompasses issues related to both diagnosis and management of these conditions, including rehabilitation interventions to optimize the quality of life of individuals with these conditions. This field encompasses disorders that impact both adults and children. Neuromuscular disease can be caused by autoimmune disorders, genetic or hereditary disorders such as channelopathies, or neurodegenerative diseases. Because they frequently have no cure, the focus is managing the condition to provide improvements in the patients quality. Rehabilitation robotics is a new frontier for neurological rehabilitation treatments. 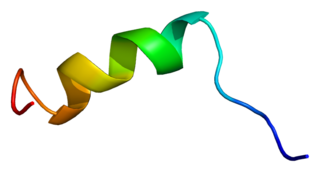 Sodium channel protein type 5 subunit alpha, also known as NaV1.5 is an integral membrane protein and tetrodotoxin-resistant voltage-gated sodium channel subunit. NaV1.5 is found primarily in cardiac muscle, where it mediates the fast influx of Na+-ions (INa) across the cell membrane, resulting in the fast depolarization phase of the cardiac action potential. As such, it plays a major role in impulse propagation through the heart. A vast number of cardiac diseases is associated with mutations in NaV1.5 (see paragraph genetics). SCN5A is the gene that encodes the cardiac sodium channel NaV1.5.

Sodium channel protein type 1 subunit alpha (SCN1A), is a protein which in humans is encoded by the SCN1A gene. 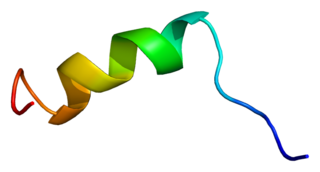 Potassium voltage-gated channel subfamily D member 3 also known as Kv4.3 is a protein that in humans is encoded by the KCND3 gene. It contributes to the cardiac transient outward potassium current (Ito1), the main contributing current to the repolarizing phase 1 of the cardiac action potential. 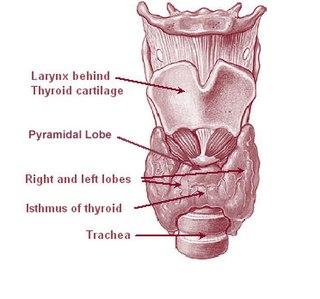