The First Whig Junto controlled the government of England from 1694 to 1699 and was the first part of the Whig Junto, a cabal of people who controlled the most important political decisions. [n 1] The Junto was reappointed twice following the elections of 1695 and 1698.

The Whig elite rose to government ascendancy while Lord Danby held office through three shortly-spaced changes of Sovereign (dating to the Royal-dominated ministries of Charles II). The Junto established its dominance in 1694 with the appointment of Sir Charles Montagu as Chancellor of the Exchequer on 10 May. [1] Danby, who had been created Duke of Leeds on 4 May, remained in office, under a diminished role while still Lord President of the Council, but the Junto controlled the government of England from 1694 to 1699.

It was led by six prominent members: Montagu [n 2] , Somers, Wharton, Romney, Orford, and Shrewsbury. Supporting these peers were two unofficial whips in the House of Lords: the Earls of Sunderland and Portland. Only one of these held at the time an office, albeit less senior, as Lord Chamberlain. The Whig Party held a majority in the House of Commons after the election in 1695, although not all Whig MPs were unswervingly loyal to the Junto.

The Junto oversaw the creation of the Bank of England in 1694, but by 1699 the Junto's power had declined in the face of opposition by Robert Harley and the Tories. [1] Many members of the Junto would return to government from 1706 to 1710 as part of the Godolphin-Marlborough ministry.

The government was led by the six most prominent members of the Junto.

Other members of the ministry had less power. 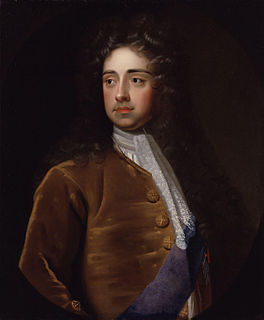 Charles Talbot, 1st Duke of Shrewsbury, KG, PC was an English politician who was part of the Immortal Seven group that invited William III, Prince of Orange, to depose James II of England as monarch during the Glorious Revolution. He was appointed to several minor roles before the revolution, but came to prominence as a member of William's government. Born to Roman Catholic parents, he remained in that faith until 1679 when—during the time of the Popish Plot and following the advice of the divine John Tillotson—he converted to the Church of England. Shrewsbury took his seat in the House of Lords in 1680 and three years later was appointed Gentleman-Extraordinary of the Bedchamber, suggesting he was in favour at the court of Charles II. 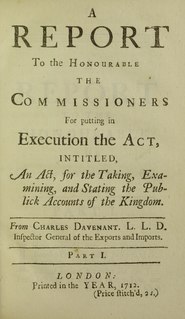 Charles Davenant (1656–1714) was an English mercantilist economist, politician, and pamphleteer. He was Tory member of Parliament for St Ives (Cornwall), and for Great Bedwyn. 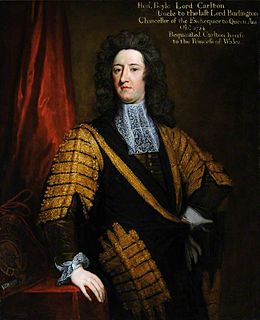 The Whig Junto is the name given to a group of leading Whigs who were seen to direct the management of the Whig Party and often the government, during the reigns of William III and Anne. It was the inspiration for Benjamin Franklin's Junto in 1727 Philadelphia upon his return from London. The Whig Junto proper consisted of John Somers, later Baron Somers; Charles Montagu, later Earl of Halifax; Thomas Wharton, later Marquess of Wharton, and Edward Russell, later Earl of Orford. They came to prominence due to the favour of Robert Spencer, 2nd Earl of Sunderland and during the reign of Queen Anne, Sunderland's son, the 3rd Earl succeeded his father. Opponents gave them the nickname "the five tyrannising lords". Other figures prominent around the edges of the Junto include Sir John Trenchard and Thomas Tollemache. 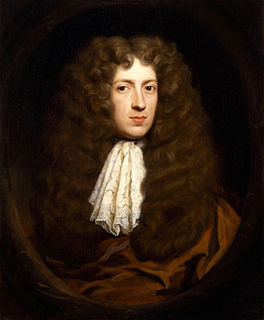 Lieutenant-General Daniel Harvey was a British soldier and politician who was Governor of Guernsey from 1714 to 1732.

In British politics, a Whig government may refer to the following governments administered by the Whigs: