Merig is a small island located 20 kilometres (12 miles) east of Gaua, in the Banks Islands of northern Vanuatu.

The first recorded sighting of Merig Island by Europeans was by the Spanish expedition of Pedro Fernández de Quirós on 25 April 1606. [2] It was then named Île Sainte Claire. [3]

Merig is only inhabited by one household, consisting of 12 individuals. [4]

They speak Mwerlap, [5] the language of the neighbouring island Merelava. 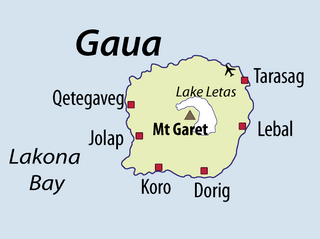 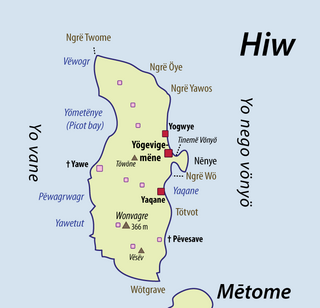 Hiw is the northernmost island in Vanuatu, located in Torba Province.

Mwerlap is an Oceanic language spoken in the south of the Banks Islands in Vanuatu.