In 2005, it was renamed the BankUnited Center, after Miami Lakes-based BankUnited. In 2016, Miami-based air conditioning company Watsco acquired the naming rights.

Prior to the opening of the Watsco Center, the school played its games at the Miami Arena since its opening in 1988.

The 2007 issue of Venues Today, one of the entertainment industry's leading publications, reports that the Watsco Center outperformed all but one other venue in Florida in its size category for number of concerts and touring events held in 2006. [5] 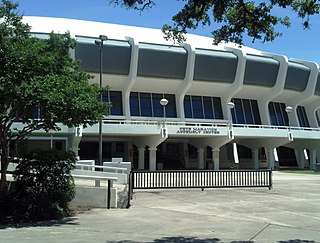 The Pete Maravich Assembly Center is a 13,215-seat multi-purpose arena in Baton Rouge, Louisiana. The arena opened in 1972. It is home to the Louisiana State University Tigers and Lady Tigers basketball teams, the LSU Tigers women's gymnastics team and the LSU Tigers women's volleyball team. It was originally known as the LSU Assembly Center, but was renamed in honor of Pete Maravich, a Tiger basketball legend, shortly after his death in 1988. Louisiana Governor Buddy Roemer signed an act to rename the building in Maravich's honor. Maravich never played in the arena as a collegian but played in it as a member of the Atlanta Hawks in a preseason game. But his exploits while at LSU led the University to build a larger home for the basketball team, which languished for decades in the shadow of the school's football program. The Maravich Center is known to locals as "The PMAC" or "Pete's Palace", or by its more nationally known nickname, "The Deaf Dome", coined by Dick Vitale. The Maravich Center's neighbor, Tiger Stadium is known as "Death Valley".

The Donald L. Tucker Civic Center, is a multi-purpose indoor arena located on the Florida State University campus in Tallahassee, Florida. The arena has the biggest capacity of any arena in the Florida Panhandle. The arena opened in 1981 and was built at a cost of over $30 million, financed by the city. In 2013, the venue was purchased by the Florida State University Board of Trustees. The facility is located on the southeastern side of the university's campus, between the FSU College of Law and the future home of the FSU College of Business. 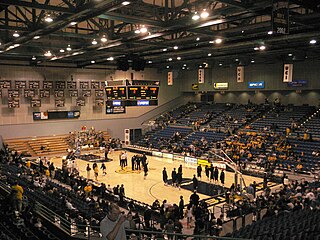 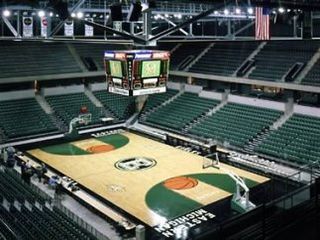 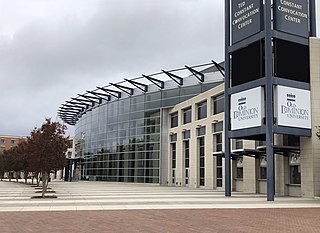 Chartway Arena at the Ted Constant Convocation Center is a 219,330-square-foot (20,376 m2), multi-purpose arena in Norfolk, Virginia, United States, on the campus of Old Dominion University. It is operated by Spectra Venue Management. Chartway Arena is part of the University Village project, a 75 acres (30 ha) development that will also feature a shopping center, restaurants, theaters, offices, research labs and residences with connections to the campus. "The Ted" has 7,319 seats, 862 upper club/priority seats, 16 luxury suites, and a scoreboard. The arena currently seats 8,639 for basketball games and 9,520 for concerts. In addition to being used for home basketball games and high-profile wrestling matches for ODU, the Constant Center hosts family-oriented events as well as concerts and lectures.

The Provident Credit Union Event Center, formerly and more commonly known as the Event Center Arena, is a complex consisting of an indoor arena and a fitness club on the main campus of San Jose State University in downtown San Jose, California. The Event Center was built in 1989 for the purpose of supporting and providing entertainment as well as recreational opportunities for the student body and university community. The facility is home to the San Jose State Spartans men's and women's basketball teams, which both compete in the Mountain West Conference.

Addition Financial Arena is a sports and entertainment arena located in Orlando, Florida, United States, on the main campus of the University of Central Florida. It was constructed beginning in 2006 as a replacement for the original UCF arena, and as a part of Knights Plaza. The arena is home to the UCF Knights men's and women's basketball teams. The arena also hosted the annual Science Olympiad in 2012 and 2014.

The KSU Convocation Center is a multi-purpose arena on the campus of Kennesaw State University in Kennesaw, Georgia, United States. The arena has a listed seating capacity of 4,600 people and opened in 2005. It is home to the Kennesaw State Owls men's basketball, women's basketball, and women's volleyball teams as well as the administrative offices for the KSU athletic department. It is also available for other events and has hosted concerts, conferences, and trade shows, as well as sporting events.

The Vines Convocation Center is a 9,547-seat multi-purpose arena in Lynchburg, Virginia. It was built in 1990 and is home to the Liberty University Flames (men's) and Lady Flames (women's) basketball teams. The Vines Center features three practice courts, four spacious locker rooms, a weight room, a training room, men’s and women’s basketball team rooms, a team dining room, basketball coaches offices, a built-in TV studio, a center-hung scoreboard and a suite atop the seating bowl. It hosted the Big South Conference men's basketball tournament from 1995 to 1998, and also all rounds of the tourney except for the first round in 2003 and 2004. In the fall of 2008 the Vines Center underwent a major renovation of all seating. New red and blue cushioned seats were installed and new blue plastic game seats were put in place.

The George M. Holmes Convocation Center is an 8,325-seat multipurpose arena in Boone, North Carolina, United States, on the campus of Appalachian State University. The convocation center is named for George M. Holmes, a 1954 graduate and member of the North Carolina General Assembly. The arena itself is named for Seby Jones. It was built in 2000 and is home to the Appalachian State Mountaineers men's basketball and women's basketball teams. The inaugural event was a men's basketball game held on November 17, 2000 between the Mountaineers and the Tar Heels of North Carolina. The facility replaced Varsity Gymnasium. The George M. Holmes Convocation Center’s Mission is to provide facilities for the Department of Health, Leisure and Exercise Science and to support the academic processes of Appalachian State University. Serving as a multipurpose for the northwestern region of North Carolina, the center supports university sponsored events, such as commencement and college fair. Cultural events, concerts, trade shows, athletic events and other public assembly activities are also a part of the center’s programming. The cornerstone of the Appalachian State University campus is the George M. Holmes Convocation Center. Containing Seby Jones Arena, the facility serves as the home of Mountaineer volleyball as well as the men’s and women’s basketball programs and indoor track and field squads.

The James L. Knight Center Complex is a contemporary entertainment and convention complex located in Downtown Miami, Florida. Located within the Miami Central Business District, the venue opened in 1982. The complex is named after famed newspaper publisher, James L. Knight. Since its opening, the complex has hosted many business, entertainment and political events. Annually, it hosts Miami Dade College graduation ceremonies. It also hosted Miss Universe in 1984 and 1985, Miss USA in 1986 and Miss Teen USA in 1985. 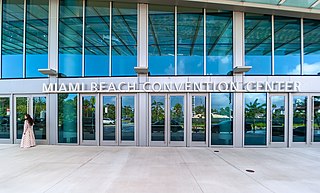 The Venue at UCF is a sports and entertainment arena located in Orlando, Florida on the main campus of The University of Central Florida. The arena which was opened in 1991, housed the Knights men's and women's basketball teams from 1991 to 2007, and has served as home to UCF's volleyball team since 1991. The Venue also serves as a practice facility for the university's basketball teams, and houses administrative offices for the same. 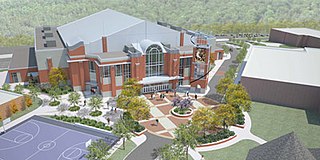 The California University of Pennsylvania Convocation Center is a multi-purpose arena in California, Pennsylvania, United States. The arena is the home of the California Vulcans men and women's basketball and volleyball teams, as well as the host of graduation commencement. The Convocation Center is able to host other sporting events, concerts, and trade shows, featuring a removable hardwood surface. The building, covering over 142,000 sq. feet, is the largest indoor venue between Morgantown, West Virginia, and Pittsburgh, Pennsylvania. The Cal U Convocation Center is also home to the "Rivers Bend Conference Center," which features executive-level conferencing facilities. Also included in the venue are "smart" classrooms, configurable for large or small-group presentations, high-tech audio and visual systems, wireless Internet access, webcams, videoconferencing equipment, and interactive response systems. The building replaces the Vulcans previous basketball and volleyball arena, Hamer Hall, which opened its doors in 1965.

The 2018–19 Miami Hurricanes men's basketball team represented the University of Miami during the 2018–19 NCAA Division I men's basketball season. Led by eighth-year head coach Jim Larrañaga, they played their home games at the Watsco Center on the university's campus in Coral Gables, Florida as members of the Atlantic Coast Conference (ACC).

The 2019–20 Miami Hurricanes men's basketball team represents the University of Miami during the 2019–20 NCAA Division I men's basketball season. Led by ninth-year head coach Jim Larrañaga, they play their home games at the Watsco Center on the university's campus in Coral Gables, Florida as members of the Atlantic Coast Conference (ACC).