The Welsh word bala refers to the outflow of a lake. [5]

In the 18th century, the town was well known for the manufacture of flannel, stockings, gloves and hosiery.

The large stone-built theological college, Coleg Y Bala, of the Calvinistic Methodists and the grammar school, which was founded in 1712, are the chief features, together with the statue of the Rev. Thomas Charles (1755–1814), the theological writer, to whom was largely due the foundation of the British and Foreign Bible Society. [2]

In 1800 a 15-year-old girl, Mary Jones, walked the 25 miles (40 km) from her home village Llanfihangel-y-Pennant to purchase a Welsh bible in Bala. The scarcity of the Bible, along with the determination of Mary to get one (she had saved for six years), was a major factor in the foundation of the British and Foreign Bible Society in 1804.

Betsi Cadwaladr, who worked with Florence Nightingale in the Crimea, and who gave her name to the Health Board, came from Bala. Other famous people from the Bala area include Michael D. Jones, Christopher Timothy, Owen Morgan Edwards, born in Llanuwchllyn, and T.E. Ellis, born in Cefnddwysarn.

Bala hosted the National Eisteddfod in 1967, 1997 and 2009. The 2009 Eisteddfod was notable because the chair was not awarded to any of the entrants as the standard was deemed to be too low. [6] Bala hosted the Eisteddfod Genedlaethol yr Urdd Gobaith Cymru, National Eisteddfod for the Welsh League of Youth, in 2014. On 16 June 2016, Bala's name was changed to Bale temporarily in honour of Real Madrid forward Gareth Bale. This was only for the duration of UEFA Euro 2016. [7]

Bala, Ontario, Canada, was named after the town in 1868. They have become twin towns.

Set within the Bala Fault, Llyn Tegid is the largest natural lake in Wales at 3.7 miles (6.0 km) in length and 800 m wide. At 35 metres, its depths could hide the tower of St Giles Church in Wrexham and still have 1 metre of water above. The lake has occasionally been known to freeze over, most recently in the severe winters of 1947 and 1963. The rare Gwyniad fish—trapped in the lake at the end of the last Ice Age, some 10,000 years ago—is in danger because its natural home is increasingly unsuitable. [8] A member of the whitefish family, it is found only in Bala Lake.

Cwm Hirnant, a valley running south from Bala, gives its name to the Hirnantian Age in the Ordovician Period of geological time.

The closest major urban areas to Bala are Wrexham at 30 miles (48 km), Chester at 40 miles (64 km), and Liverpool, 52 miles (84 km) to the northeast. Nearby villages include Llanfor, Llandderfel, Llanycil, Llangower, Llanuwchllyn, Rhyd-uchaf and Rhos-y-gwaliau.

As with the rest of the UK, Bala benefits from a maritime climate, with limited seasonal temperature ranges, and generally moderate rainfall throughout the year.

The Afon Tryweryn, a river fed from Llyn Celyn which runs through Bala, is world-famous for its white water kayaking. International governing bodies, the International Canoe Federation, the European Canoe Union and the British Canoe Union all hold national and international events there. The Canolfan Tryweryn National Whitewater Centre has its home in Bala. There are at least three local campsites that cater for the influx of canoeists from many parts of the world.

An annual music festival known as 'Wa Bala' is also held in the town. The venue hosts local Welsh bands and is similar in format to Dolgellau's Sesiwn Fawr.

Coleg y Bala is at the top of the hill on the road towards Llyn Celyn. The Victoria Hall is a small old cinema, that had been a community hall. There are several chapels: notably Capel Mawr and Capel Bach. The livestock market on Arenig Street is still going strong. Bro Eryl estate was built just after World War II. Mary Jones World, a heritage centre about Mary Jones and her Bible is located just outside the town in nearby Llanycil.

Bala has been served by various railway stations on the Great Western Railway: [11]

The Bala Lake Railway (Welsh : Rheilffordd Llyn Tegid) runs for 4.5 miles (7.2 km) from Llanuwchllyn to the edge of the town, along a section of the former trackbed of the Great Western Railway's line between Ruabon and Barmouth. It terminates at Bala (Penybont) railway station, which opened in 1976 on the site of the former Lake Halt station. As of 2020, work is being undertaken to extend the line along the lake foreshore to a new station in the town center. [12]

Bus services are provided by Lloyds Coaches, as part of the Welsh Government funded TrawsCymru network. Services operate westbound to Barmouth via Dolgellau, and eastbound to Wrexham via Corwen and Llangollen. Through ticketing is available for onward connections at Dolgellau, to Bangor, Machynlleth and Aberystwyth.

The town lies on the A494, a major trunk road that leads to Dolgellau, 18 miles to the southwest, and to Ruthin, Mold and Queensferry to the northwest. The A4212 starts in the town, and crosses the Migneint to Trawsfynydd. Heading southeast, the B4391 crosses the Berwyn range to the English border and the town of Oswestry. 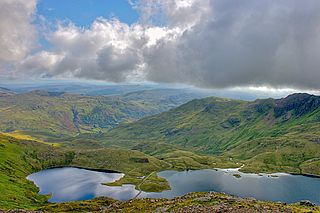 Bala Lake is a large freshwater glacial lake in Gwynedd, Wales. The River Dee, which has its source on the slopes of Dduallt in the mountains of Snowdonia, feeds the 3.7 miles (6.0 km) long by 0.5 miles (0.8 km) wide lake. It was the largest natural body of water in Wales before its level was raised by Thomas Telford to provide water for the Ellesmere Canal. 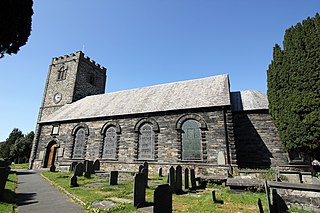 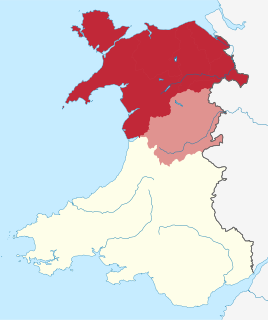 The Bala Lake Railway is a narrow-gauge railway along the southern shore of Bala Lake in Gwynedd, North Wales. The line, which is 4+1⁄2 miles (7.2 km) long, is built on a section of the former standard-gauge Ruabon–Barmouth GWR route that closed in 1965. Another section of the former permanent way is used by the Llangollen Railway. The Bala Lake Railway, which runs on 600 mm -gauge preserved rolling stock, is a member of the Great Little Trains of Wales.

The Tryweryn is a river in the north of Wales which starts at Llyn Tryweryn in the Snowdonia National Park and after 19 kilometres (12 mi) joins the river Dee at Bala. It is one of the main tributaries of the Dee and it was dammed in 1965 to form Llyn Celyn, drowning the village of Capel Celyn in spite of much popular and political opposition in Wales. The resulting graffito "Cofiwch Dryweryn" near Llanrhystud became and remains a popular icon of Welsh feeling. Water is stored in Llyn Celyn in winter when flows are high, and released over the summer to maintain the flow in the Dee (water from the Dee is used as the water supply for large areas of north-east Wales, and for the Wirral and much of Liverpool in England. 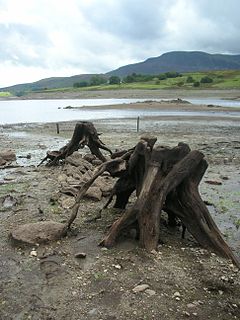 Capel Celyn was a rural community to the north west of Bala in Gwynedd, Wales, in the Afon Tryweryn valley. The village and other parts of the valley were flooded in 1965 to create a reservoir, Llyn Celyn, in order to supply Liverpool and Wirral with water for industry. Capel is Welsh for chapel, while celyn is Welsh for holly.

The A494 is a trunk road in Wales and England. The route, which is officially known as the Dolgellau to South of Birkenhead Trunk Road, runs between the terminus of the M56 motorway between Mollington and Capenhurst and the A470 at Dolgellau, Gwynedd. Its northern sections remain among the busiest roads in Wales.

Llanuwchllyn is a village and community in Gwynedd, Wales, near the southern end of Bala Lake. It is one of the most sparsely populated communities in Wales.

The Ruabon–Barmouth line was a standard-gauge line owned by the Great Western Railway across the north of Wales which connected Ruabon, in the east, with Barmouth on the west coast.

The Bala and Festiniog Railway was a 4 ft 8+1⁄2 in, standard gauge, railway backed by the Great Western Railway (GWR) in north-west Wales. It connected Bala with Blaenau Ffestiniog.

Trawsfynydd Lake Halt was a solely passenger railway station near the northeastern tip of Llyn Trawsfynydd, Gwynedd, Wales. Many Nineteenth and early Twentieth Century institutions in Wales were given anglicised names, this station being one. Over the years, and especially since the Second World War, most have been rendered into Welsh or given both Welsh and English names. Trawsfynydd Lake Halt closed before this happened.

Bala Lake Halt railway station in Gwynedd, Wales, was formerly a station on the Ruabon to Barmouth line.

The Urdd National Eisteddfod is an annual Welsh-language youth festival of literature, music and performing arts organised by Urdd Gobaith Cymru. Arguably Europe's largest youth festival, it is usually held during the last week of May, coinciding with schools' half term holiday. Locations alternate between north and south Wales. The Eisteddfod consists of competitive singing, recitation, art, composition, dance and instrumental events for contestants aged between 7 and 24 years. Regional qualifying heats are held in advance around Wales.

Ifor Owen was a Welsh educator who was notable for writing, illustrating and publishing Hwyl, the first children's comic book in the Welsh language. 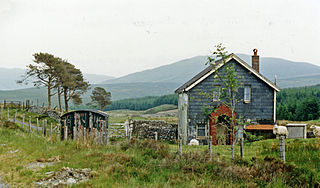 There are a large number of reservoirs in Wales reflecting the need for the supply of water for both industry and for consumption, both within the country itself and in neighbouring England. A number also provide hydroelectricity and many old reservoirs also provided motive power for industries, especially for the processing of minerals such as metal ores and slate.