With annual attendance ranging from 60,000 to 80,000, it is the largest LGBTQ+ film exhibition event.[ citation needed ] It is also the most well-attended LGBTQ+ arts event in the San Francisco Bay Area.[ citation needed ] The festival is held every year in late June according to a schedule that allows the eleven-day event's closing night to coincide with the City's annual Gay Pride Day, which takes place on the last Sunday of the month.

Films screened at the Frameline Film Festival have been donated to the Hormel Center at the San Francisco Public Library. [5] An initial donation was made in 2005, and the library partnered with the Bay Area Video Coalition (BAVC) for conservation of video recordings. [6]

In 2020 the festival was one of the key partners, alongside Outfest Los Angeles, the New York Lesbian, Gay, Bisexual, & Transgender Film Festival and the Inside Out Film and Video Festival, in launching the North American Queer Festival Alliance, an initiative to further publicize and promote LGBT film. [7]

The festival's annual awards include The Frameline Award given to an individual who has played a key role in the history of LGBTQ+ cinema, Audience Awards for Best Feature, Best Documentary, Best Episodic, Best Short, and Juried Awards for First Feature, and Outstanding Documentary. [8] 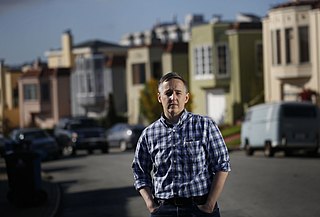 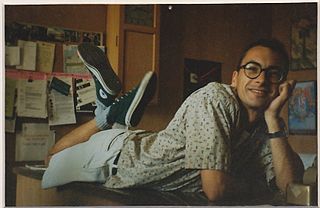 Queers Undermining Israeli Terrorism (QUIT!) is a gay San Francisco Bay Area political action group supporting boycott, divestment & sanctions against Israel; and opposing Pinkwashing of the alleged ethnic cleansing of the Palestinian people. It was founded in early 2001 by a member of LAGAI-Queer Insurrection. 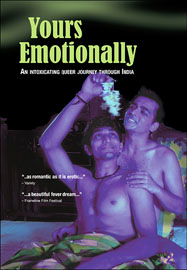 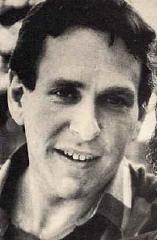 Arthur J. Bressan Jr. was an American director, writer, producer, documentarian and gay pornographer, best known for pioneering independent queer cinema in the United States during the 1970s and 1980s. He wrote and directed the 1985 feature film Buddies, which was the first American film to grapple with the subject of the AIDS pandemic. Other directorial endeavors include the largely influential 1978 documentary Gay USA, and the 1983 feature film Abuse. He died on July 29, 1987, at the age of 44 due to an AIDS-related illness.

Training Rules is a 2009 American documentary co-produced and co-directed by Dee Mosbacher and Fawn Yacker. It is narrated by Diana Nyad.

Madeleine Lim is a filmmaker, producer, director, cinematographer and LGBTQ activist. She is the founding Executive Director of the Queer Women of Color Media Arts Project (QWOCMAP), and an adjunct professor of film studies at the University of San Francisco. Lim is also a co-founder of SAMBAL and the US Asian Lesbian Network in the San Francisco Bay Area.

The Same Difference is a 2015 documentary, directed by Nneka Onuorah. The documentary provides an insightful look at lesbians who discriminate against other lesbians based on gender roles. The film follows a series of lesbian women stories, discusses the hypocrisy in terms of gender roles and the performative expectations attached.

Johnny Symons is a documentary filmmaker focusing on LGBT cultural and political issues. He is a professor in the Cinema Department at San Francisco State University, where he runs the documentary program and is the director and co-founder of the Queer Cinema Project. He received his BA from Brown University and his MA in documentary production from Stanford University. He has served as a Fellow in the Sundance Institute’s Documentary Film Program. 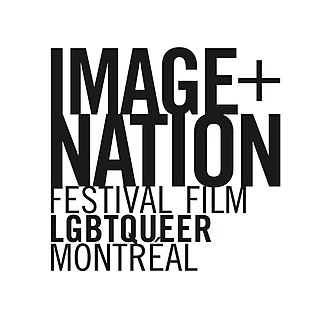 image+nation. LGBTQueer Montreal is an annual eleven-day film festival, which takes place in Montreal, Quebec, Canada. Held in November each year, the festival is dedicated to sharing the stories and experiences of LGBTQ+ people and is the first festival of its kind in Canada.

Peter Knegt is a Canadian writer, producer, and filmmaker. He is the recipient of four Canadian Screen Awards and his CBC Arts column Queeries received the 2019 Digital Publishing Award for best digital column in Canada.

It's Elementary: Talking About Gay Issues in School is a 1996 American documentary film directed by Debra Chasnoff and Helen Cohen. It provides educators with information on how to teach elementary schoolchildren to be tolerant of gay and lesbian people. The film was noted as the "first of its kind" and was generally well received, although there was some backlash from conservatives. It was released in several film festivals, and had screenings in the 2000s. 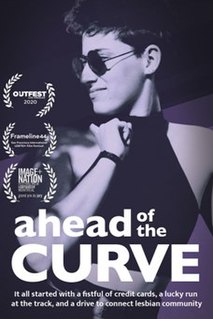 Ahead of the Curve is a 2020 American biographical documentary film co-produced and co-directed by Jen Rainin and Rivkah Beth Medow, with music composed by Meshell Ndegeocello. The film is based on the true story of Franco Stevens, one of the most influential women in lesbian history, and the founding publisher of Curve Magazine, a leading international lesbian lifestyle magazine. Portraying themselves in the film are, Franco Stevens, Kim Katrin, Denice Frohman, Amber Hikes, Andrea Pino-Silva, Melissa Etheridge and Jewelle Gomez. The documentary premiered in June 2020 at the San Francisco International LGBTQ+ Film Festival.

Holding Moses is an American short documentary film, directed by Rivkah Beth Medow and co-directed by Jen Rainin and released in 2022.