Interscope Geffen A&M Records was established in 1999, following the PolyGram and MCA Music Entertainment merger (which created UMG). The label group was created by combining the MCA labels Interscope and Geffen Records with the PolyGram-owned A&M, which, at the time, became dormant. The label operated as one of the newly formed Universal Music Group's four umbrella companies, the other three being The Universal Motown Republic Group, Verve Records and The Island Def Jam Music Group. [1]

As a result of the merger, a significant percentage of artists and bands were dropped from A&M and Geffen, and though both continued to exist as labels, 280 jobs were eliminated and A&M's Charlie Chaplin lot offices were closed. The reorganization, expected to produce $300 million in savings annually, was described by the Los Angeles Times as underscoring the "changing economics and direction of the music business." [2] [3]

As independent labels, A&M and Geffen were revered and had achieved substantial commercial and artistic success. Both had been sold by their founders, however, and both had suffered from budget restraints and unproductive band signings over the previous years. At the time of the merger neither label had records in the Billboard Top 40 while Interscope had "defined the new sound of young America" with hit records from artists including Dr. Dre, Snoop Dogg, Tupac Shakur, Nine Inch Nails, No Doubt, Limp Bizkit, and Bush, among others. Interscope co-founders Jimmy Iovine and Ted Field were named co-chairmen of IGA at its launch. [4] [5]

In 2000 Universal Music Group became the first music corporation to break the $1-billion mark in EBITDA (earnings before interest, taxes, depreciation, and amortization). The company held the top position in music sales with 28.03% market share, and Interscope was the top-selling Universal label, with an 8.97% market share. [6]

In 2003, UMG acquired DreamWorks Records and in 2004 DreamWorks was merged with IGA. Artists including Blink-182, Papa Roach, Rise Against, Nelly Furtado, Lifehouse, AFI, the All-American Rejects, Jimmy Eat World and Rufus Wainwright were moved to the Geffen and Interscope imprints. [7]

In 2010, IGA and 19 Entertainment announced a strategic alliance to develop, distribute and globally market records by American Idol finalists and winning contestants. [8] In 2013, it fully acquired Octone Records, which had been established as a joint venture in 2007. [9] [10]

Iovine served as chairman and CEO of IGA until May 2014. He was succeeded by John Janick. [11] 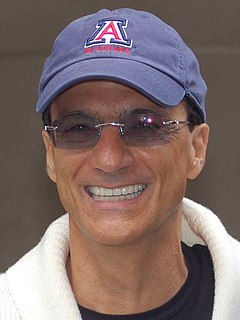 James Iovine is an American entrepreneur, record executive, and media proprietor best known as the co-founder of Interscope Records. In 2006, Iovine and rapper-producer Dr. Dre founded Beats Electronics, which produces audio products and operated a now-defunct music streaming service. The company was purchased by Apple Inc. for $3 billion in May 2014.

DGC Records was an American record label that operates as a division of Interscope Geffen A&M Records, which is owned by the Vivendi-based Universal Music Group.

A&M Octone Records was an American record label owned as a joint venture between Universal Music Group and Octone Records. A full-service artist development label, it was founded in 2007 as a merger between Octone and Interscope Geffen A&M's defunct A&M Records label. For its six years of existence, A&M Octone operated music publishing, merchandising, and touring entities, in addition to specializing in recorded music.

James Diener is an American entertainment and music executive.

Jeff D'Agostino is an American actor, singer, songwriter, and musician; professionally known as the recording artist Oekiin. After becoming an established TV and film actor, D'Agostino began a career in music. He signed to Rock Mafia Records in 2011, and was signed to Interscope Records by Co-Founder and former Chairman/C.E.O Jimmy Iovine in 2012. He has collaborated on songs with artist/producer Timbaland and DJ/producer Illenium.

John Janick is an American record executive. He is the chairman and CEO of Interscope Geffen A&M Records.