In human sexuality, kinkiness is the use of non-conventional sexual practices, concepts or fantasies. The term derives from the idea of a "bend" (cf. a "kink") in one's sexual behaviour, to contrast such behaviour with "straight" or "vanilla" sexual mores and proclivities. It is thus a colloquial term for non-normative sexual behaviour. [1] The term "kink" has been claimed by some who practice sexual fetishism as a term or synonym for their practices, indicating a range of sexual and sexualistic practices from playful to sexual objectification and certain paraphilias. In the 21st century the term "kink", along with expressions like BDSM, leather and fetish, has become more commonly used than the term paraphilia. [1] Some universities also feature student organizations focused on kink, within the context of wider LGBTI concerns. [2] Psychologist Margie Nichols describes kink as one of the "variations that make up the 'Q' in LGBTQ". [1]

Kink sexual practices go beyond what are considered conventional sexual practices as a means of heightening the intimacy between sexual partners. Some draw a distinction between kink and fetishism, defining the former as enhancing partner intimacy, and the latter as replacing it. [3] Because of its relation to conformist sexual boundaries, which themselves vary by time and place, the definition of what is and is not kink varies widely as well. [4] [5]

In a study published in 2016 it was found that nearly half of respondents reported an interest in some form of kink activity and about a third had experienced a kink practice at least once. [4] 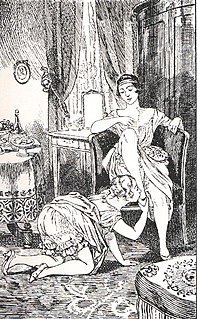 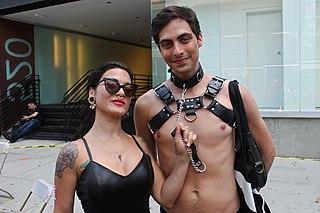