Konrad Wallenrod is an 1828 narrative poem, in Polish, by Adam Mickiewicz, set in the 14th-century Grand Duchy of Lithuania.

Mickiewicz wrote it, while living in St. Petersburg, Russia, in protest against the late-18th-century partitioning of the Polish-Lithuanian Commonwealth by the Russian Empire, the Kingdom of Prussia, and the Habsburg Monarchy.

Mickiewicz had been exiled to St. Petersburg for his participation in the Philomaths organization at Vilnius University. [1]

The poem helped inspire the Polish November 1830 Uprising against Russian rule. [2] Though its subversive theme was apparent to most readers, the poem escaped censorship due to conflicts among the censors and, in the second edition, a prefatory homage to Tsar Nicholas I. [3] Though Mickiewicz later disparaged the work, its cultural influence in Poland persists.

In a preface, Mickiewicz briefly outlines the history of the region, describing the interactions among the Lithuanians, Prussians, Poles, and Russians. [1] The following six cantos tell the story of Wallenrod, a fictional Lithuanian pagan captured and reared as a Christian by his people's long-standing enemies, the Order of Teutonic Knights. He rises to the position of Grand Master, but is awakened to his heritage by a mysterious minstrel singing at an entertainment. [3] He then seeks vengeance by deliberately leading the Knights into a major military defeat. [3] It transpires that Wallenrod has a wife, Aldona, who has been living in seclusion. The Knights discover his treason and sentence him to death; Aldona refuses to flee with him. He then commits suicide.

The concept of "Wallenrodism" (Polish : Wallenrodyzm) — the striking of a treacherous, possibly suicidal, blow against an enemy — and certain powerful fragments of the poem have become an enduring part of the Polish psyche and found resonance in the Polish uprisings of the 19th and 20th centuries. The poem included a reference to Machiavelli's dictum that a leader must be both a lion and a fox. [2] [3] Its encouragement of what would later be called "patriotic treason" created controversy, since its elements of deception and conspiracy were thought incompatible with Christian and chivalric values. [4] Mickiewicz was taken aback by the strength of the public response to his poem and regretted its publication; before his death, he expressed frustration at his financial inability to buy back and burn every copy of what he described as a mere "political pamphlet." [2] [4]

The Polish-born author Joseph Conrad, who had been christened Józef Teodor Konrad Korzeniowski, may have selected the second part of his pen name as an hommage to the poem's protagonist. [5] Mickiewicz's poem influenced Conrad's frequent explorations of the conflict between publicly attested loyalty and a hidden affiliation with a national cause. [6] 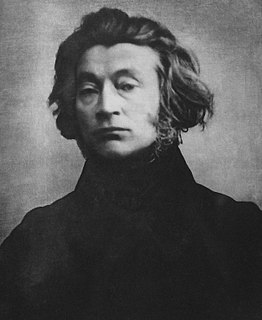 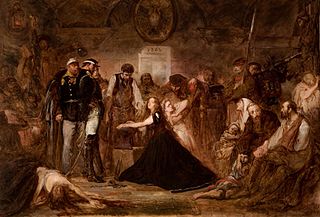 The January Uprising was an insurrection principally in Russia′s Kingdom of Poland aimed at the restoration of the Polish–Lithuanian Commonwealth. It began on 22 January 1863 and continued until the last insurgents were captured by the Russian forces in 1864. 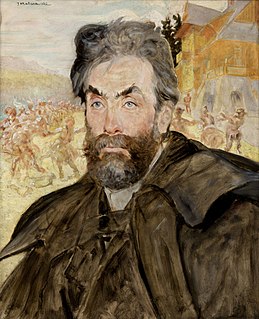 Stanisław Witkiewicz was a Polish painter, art theoretician, and amateur architect, known for his creation of "Zakopane Style".

Dziady is a poetic drama by the Polish poet Adam Mickiewicz. It is considered one of the greatest works of both Polish and European Romanticism. To George Sand and Georg Brandes, Dziady was a supreme realization of Romantic drama theory, to be ranked with such works as Goethe's Faust and Byron's Manfred.

The Great Emigration involved the emigration of thousands of Poles, particularly from the political and cultural élites, from 1831 to 1870, after the failure of the November Uprising of 1830-1831 and of other uprisings. The term "Great Emigration" is somewhat misleading, as the number of political exiles did not exceed more than 6,000 during this time. The exiles included soldiers and officers of the uprising, members of the Sejm of Congress Poland of 1830–31, and several prisoners-of-war who escaped from captivity.

Juliusz Słowacki was a Polish Romantic poet. He is considered one of the "Three Bards" of Polish literature — a major figure in the Polish Romantic period, and the father of modern Polish drama. His works often feature elements of Slavic pagan traditions, Polish history, mysticism and orientalism. His style includes the employment of neologisms and irony. His primary genre was the drama, but he also wrote lyric poetry. His most popular works include the dramas Kordian and Balladyna and the poems Beniowski and Testament mój.

Countess Emilia Plater was a noblewoman and revolutionary from the lands of the partitioned Polish–Lithuanian Commonwealth. Raised in a patriotic tradition in Līksna near Daugavpils, she fought in the November Uprising of 1830–1831 against the Russian Empire. She raised a small unit, participated in several engagements in present-day Lithuania, and received the rank of captain in the Polish insurgent forces. When the main forces under the General Dezydery Chłapowski decided to cease fighting and cross into Prussia, Plater vowed to continue the fight and wanted to cross into Poland where the uprising was still ongoing. However, she fell ill and died.

The Ballades, Op. 10, are lyrical piano pieces written by Johannes Brahms during his youth. They were dated 1854 and were dedicated to his friend Julius Otto Grimm. Their composition coincided with the beginning of the composer's lifelong affection for Clara Schumann, the wife of Robert Schumann, who was helping Brahms launch his career. Frédéric Chopin had written the last of his famous ballades only 12 years earlier, but Brahms approached the genre differently from Chopin, choosing to take its origin in narrative poetry more literally.

Michał Elwiro Andriolli was a Polish painter and architect of Italian descent. He is notable for his illustrations to Mickiewicz's Pan Tadeusz, as well as a distinctive style of villas built outside Warsaw. He was probably most well known for his architecture — Świdermajer. This was a regional architectural style common in the Otwock, Poland region. These structures were wooden in construction and were popularized from the turn of the 19th and 20th centuries. Its creator was Michał Elwiro Andriolli. It is characterized by gazebos and decorations above the windows, some of the houses also had turrets. Pine trees were planted together with the buildings as part of the composition.

Kaunas Castle is a medieval castle in Kaunas, the second-largest city in Lithuania. Archeological evidence suggests that it was originally built during the mid-14th century, in the Gothic style. Its site is strategic – a rise on the banks of the Nemunas River near its confluence with the Neris River. At the beginning of the 21st century, about one-third of the castle was still standing.

Maria Szymanowska was a Polish composer and one of the first professional virtuoso pianists of the 19th century. She toured extensively throughout Europe, especially in the 1820s, before settling permanently in St. Petersburg. In the Russian imperial capital, she composed for the court, gave concerts, taught music, and ran an influential salon. 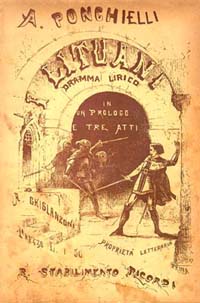 I Lituani is an opera consisting of a prologue and three acts by Amilcare Ponchielli to an Italian libretto by Antonio Ghislanzoni, based on the historical poem Konrad Wallenrod written by Polish poet Adam Mickiewicz. It premiered at La Scala in Milan on 7 March 1874. 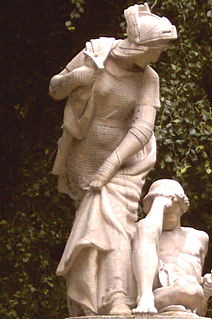 Grażyna is an 1823 narrative poem by Adam Mickiewicz, written in the summer of 1822 during a year-long sabbatical in Vilnius, while away from his teaching duties in Kaunas. Probably his first notable work.

Frédéric Chopin's four ballades are single-movement pieces for solo piano, composed between 1831 and 1842. They are considered to be some of the most challenging pieces in the standard piano repertoire.

The Polish-Lithuanian identity describes individuals and groups with histories in the Polish-Lithuanian Commonwealth or with close connections to its culture. This federation, formally established by the 1569 Union of Lublin between the Kingdom of Poland and Grand Duchy of Lithuania, created a multi-ethnic and multi-confessional state founded on the binding powers of national identity and shared culture rather than ethnicity or religious affiliation. The term Polish-Lithuanian has been used to describe various groups residing in the Commonwealth, including those that did not share the Polish or Lithuanian ethnicity nor their pre-dominant Roman Catholic faith. 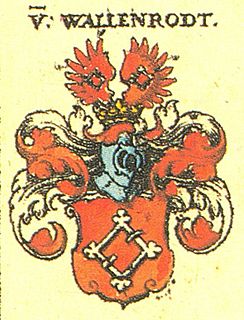 Konrad von Wallenrode was the 24th Grand Master of the Teutonic Knights, serving from 1391 to 1393. Modern sources are friendly towards Konrad, although they claim he was hot-blooded, proud, and had tendencies to be cruel.

Wincenty Smokowski, or Vincentas Smakauskas, was a Polish-Lithuanian painter and illustrator in the Academic and Classical styles. He created portraits, historical scenes, landscapes and genre works; notably realistic, unprejudiced portrayals of Jews and Gypsies.