Romanticism in Poland, a literary, artistic and intellectual period in the evolution of Polish culture, began around 1820, coinciding with the publication of Adam Mickiewicz's first poems in 1822. It ended with the suppression of the January 1863 Uprising against the Russian Empire in 1864. The latter event ushered in a new era in Polish culture known as Positivism. [1]

Polish Romanticism, unlike Romanticism in some other parts of Europe, was not limited to literary and artistic concerns. Due to specific Polish historical circumstances, notably the partitions of Poland, it was also an ideological, philosophical and political movement that expressed the ideals and way of life of a large portion[ which? ] of Polish society subjected to foreign rule as well as to ethnic and religious discrimination.

Polish Romanticism had two distinct periods in terms of its literary forms: 1820–1832, and 1832–1864. In the first period, Polish Romantics were strongly influenced by other European Romantics. Their art featured emotionalism and irrationality, fantasy and imagination, personality cults, folklore and country life, and the propagation of ideals of freedom. The most famous writers of the period were Adam Mickiewicz, Seweryn Goszczyński, Tomasz Zan and Maurycy Mochnacki.

In the second period, many of the Polish Romantics worked abroad, often banished from Poland by the occupying powers due to their politically subversive ideas. Their work became increasingly dominated by the ideals of political struggle for freedom and their country's sovereignty. Elements of mysticism became more prominent. There developed the idea of the poeta wieszcz (the prophet). The wieszcz (bard) functioned as spiritual leader to the nation fighting for its independence. The most notable poet so recognized was Adam Mickiewicz. His famous verse epic Pan Tadeusz describes his love for the partitioned homeland and people of his native country:

"O Lithuania, my country, thou Art like good health; I never knew till now How precious, till I lost thee. Now I see Thy beauty whole, because I yearn for thee."

Other notable Polish Romantic writers active abroad included Juliusz Słowacki, Zygmunt Krasiński and Cyprian Kamil Norwid. A number of Romantics remained active in divided and occupied Poland, including Józef Ignacy Kraszewski, Wincenty Pol, Władysław Syrokomla, and Narcyza Żmichowska. One of Polish Romanticism's unique qualities was its relation to and inspiration from Polish history from before the invasion. Polish Romanticism revived the old "Sarmatic" traditions of Polish nobility, the szlachta. [2] Old traditions and customs were portrayed favourably in the Polish messianic movement and in the leading works of virtually all Polish national poets, most notably in Pan Tadeusz , but also in the epic works of prose writers including Henryk Sienkiewicz's Trylogia . [2] This close connection between Polish Romanticism and the past became one of the defining qualities of the literature of Polish Romantic period, differentiating it from that of other countries who did not suffer the loss of statehood as was the case with Poland. [2]

Romantic ideas informed not only literature but also painting and music. [3] Polish Romantic painting is exemplified in the work of Artur Grottger, Henryk Rodakowski, or the equestrian master artist Piotr Michałowski (now at Sukiennice), and Jan Nepomucen Głowacki considered the father of Polish school of landscape painting, as well as the renowned historical painter Leopold Loeffler invited to Kraków by Matejko to teach the future luminaries of the Young Poland movement including Wyspiański, Tetmajer, Malczewski and Weiss among others. The music of Frédéric Chopin and Stanisław Moniuszko inspired the development of Polish Romantic movement in all fields of creative expression.

Polish literature is the literary tradition of Poland. Most Polish literature has been written in the Polish language, though other languages used in Poland over the centuries have also contributed to Polish literary traditions, including Latin, Yiddish, Lithuanian, Ukrainian, Belarusian, German and Esperanto. According to Czesław Miłosz, for centuries Polish literature focused more on drama and poetic self-expression than on fiction. The reasons were manifold, but mostly rested on historical circumstances of the nation. Polish writers typically have had a more profound range of choices to motivate them to write, including historical cataclysms of extraordinary violence that swept Poland ; but also, Poland's own collective incongruities demanding adequate reaction from the writing communities of any given period.

Young Poland was a modernist period in Polish visual arts, literature and music, covering roughly the years between 1890 and 1918. It was a result of strong aesthetic opposition to the earlier ideas of Positivism which followed the suppression of the 1863 January Uprising against the occupying army of Imperial Russia. Młoda Polska promoted trends of decadence, neo-romanticism, symbolism, impressionism and art nouveau.

Pan Tadeusz is an epic poem by the Polish poet, writer and philosopher Adam Mickiewicz. The book was first published on 28 June 1834 in Paris, and is considered to be the last great epic poem in European literature. Its poetic rhythm is Polish alexandrines.

The culture of Poland is the product of its geography and its distinct historical evolution which is closely connected to its intricate thousand-year history. It is theorized and speculated that Poles and the other Lechites are the combination of descendants of West Slavs and people indigenous to the region which were Slavicized.

The Deluge is a 1974 Polish historical drama film directed by Jerzy Hoffman. The film is based on the 1886 novel of the same name by Henryk Sienkiewicz. It was nominated for the Academy Award for Best Foreign Language Film at the 47th Academy Awards, but lost to Amarcord. The film is the third most popular in the history of Polish cinema, with more than 27.6 million tickets sold in its native country by 1987. Further 30.5 million were sold in the Soviet Union.

Stanisław Moniuszko was a Polish composer, conductor and teacher. He wrote many popular art songs and operas, and his music is filled with patriotic folk themes of the peoples of the former Polish-Lithuanian Commonwealth.

Silesian Museum is a museum in the city of Katowice, Poland. 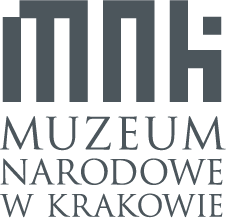 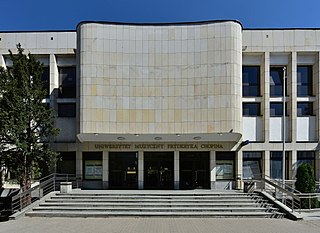 The Fryderyk Chopin University of Music is located at ulica Okólnik 2 in central Warsaw, Poland. It is the oldest and largest music school in Poland, and one of the largest in Europe. 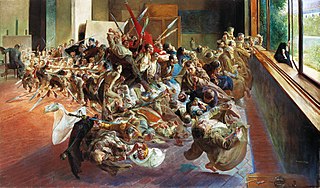