Last updated March 27, 2021
Wikimedia list article
This list is incomplete; you can help by adding missing items with reliable sources.

Hooligan firms (also known as football firms) are groups that participate in football hooliganism or other sports-related hooliganism. In European countries such as England and Poland, firms are clearly defined, but in Latin America the situation is less clear-cut. For groups in Latin America, see barra brava and torcida organizada. 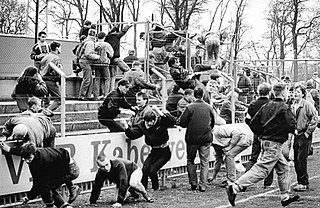 Football hooliganism or soccer hooliganism constitutes barbaric behaviour perpetrated by spectators at association football events. Football hooliganism normally involves conflict between gangs, in English known as football firms, formed to intimidate and attack supporters of other teams. Other English-language terms commonly used in connection with hooligan firms include "army", "boys", "bods", "casuals", and "crew". Certain clubs have long-standing rivalries with other clubs and hooliganism associated with matches between them is likely to be more severe.

The casual subculture is a subsection of football culture that is typified by hooliganism and the wearing of expensive designer clothing. The subculture originated in the United Kingdom in the early 1980s when many hooligans started wearing designer clothing labels and expensive sportswear such as Stone Island, CP Company, Lacoste, Sergio Tacchini, Fila & Fred Perry in order to avoid the attention of police and to intimidate rivals. They did not wear club colours, so it was easier to infiltrate rival groups and to enter pubs. Some casuals have worn clothing items similar to those worn by mods. Casuals have been portrayed in films and television programmes such as ID, The Firm and The Football Factory.

The Zulu Warriors are a football hooligan firm associated with English football club, Birmingham City. The Zulu Warriors first appeared in the late 1980s and the name came from a chant of "Zulu, Zulu" which Manchester City fans aimed at Birmingham in 1982, due to their multicultural following. 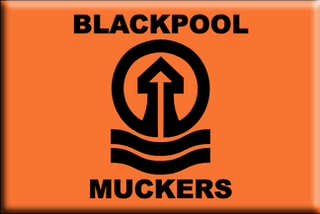 The Muckers are a football hooligan firm linked to the football club Blackpool F.C.. They take their name from the word mucker, a colloquialism meaning good friend.

The Red Army is a hooligan firm who follow English football club Manchester United. Although today the term Red Army is used mostly to refer to fans of the club in general, the hooligan firm have been one of the largest firms in British football. Firm members – and the firm itself – are sometimes known as the Men in Black, due to the members dressing in all black clothing. In his book Hotshot, Red Army hooligan Harry Gibson states that there are also sub-divisions of the firm known as the Young Munichs, the Inter City Jibbers (ICJ), the M58 Firm and the Moston Rats. In his book Undesirables, Colin Blaney has also stated that the ICJ is dedicated to carrying out acquisitive forms of crime in addition to football hooliganism. He claims that members of the group have been involved in smuggling drugs to Europe and Asia from Latin America and the Caribbean, organizing jail breaks, carrying out armed robberies, travelling overseas to Asia and mainland Europe in order to steal jewellery and committing street robberies. It is the criminal wing of the Red Army

The MIGs are a football hooligan "firm" associated with the English football club Luton Town, which was originally formed in the 1980s.

The Suicide Squad was an association football hooligan firm linked to Burnley Football Club. The self-imposed title is derived from previous behaviour at away games where the single-minded involvement in violence against overwhelming odds could be described as suicidal. The name became synonymous with the group during the early 1980s.

The 6.57 Crew is an English football hooligan firm linked to Portsmouth F.C.. The name, 6.57 Crew is taken from the time that the Portsmouth to London Waterloo train left Portsmouth and Southsea station. The firm were one of the most active firms in the 1980s and caused chaos wherever they went. 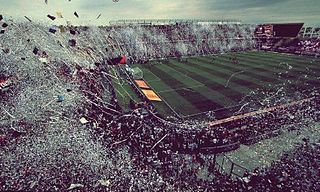 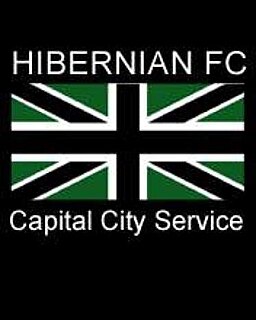 The Capital City Service (CCS) is a Scottish football hooligan firm associated with Hibernian F.C. and active from 1984 when the casual hooligan subculture took off in Scotland. Their roots were in the previous incarnations of hooligan groups attached to the club and also the wider Edinburgh and surrounding area's gang culture. They are more commonly known in the media and amongst the public as the Hibs Casuals, although within the hooligan network they may also be referred to as Hibs Boys. 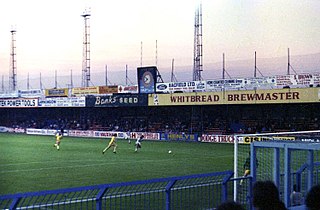 Beginning in at least the 1960s, the United Kingdom gained a reputation worldwide for football hooliganism; the phenomenon was often dubbed the British or English Disease. However, since the 1980s and well into the 1990s the UK government has led a widescale crackdown on football related violence. While football hooliganism has been a growing concern in some continental European countries in recent years, British football fans now tend to have a better reputation abroad. Although reports of British football hooliganism still surface, the instances now tend to occur at pre-arranged locations rather than at the matches themselves.

The Capital City Service (CCS) is a Scottish football hooligan firm associated with Hibernian and active from 1984 when the casual hooligan subculture took off in Scotland. Their roots were in the previous incarnations of hooligans attached to the club and also the wider Edinburgh and surrounding areas gang culture. They are more commonly known in the media and amongst the public as the Hibs Casuals though within the hooligan network they may also be referred to as Hibs boys.

Seaburn Casuals are a football hooligan firm associated with the English football club, Sunderland A.F.C. The group's activity was prominent in the 90s and the early 00s, with the club being involved in some of the most violent incidents in British hooligan history, in what was described as "some of the worst football related fighting ever witnessed in the United Kingdom," and sometimes topping the football arrests table.