A subshrub (Latin suffrutex) or dwarf shrub is a short shrub, and is a woody plant. Prostrate shrub is a related term. "Subshrub" is often used interchangeably with "bush". [1]

Because the criteria are matters of degree (normally of height) rather than of kind, the definition of a subshrub is not sharply distinguishable from that of a shrub; examples of reasons for describing plants as subshrubs include ground-hugging stems or low growth habit. Subshrubs may be largely herbaceous though still classified as woody, with overwintering perennial woody growth much lower-growing than deciduous summer growth. Some plants described as subshrubs are only weakly woody and some persist for only for a few years; others however, such as Oldenburgia paradoxa live indefinitely (though is still vulnerable to external effects), rooted in rocky cracks.

Small, low shrubs such as lavender, periwinkle, and thyme, and many shrub-like members of the family Ericaceae, such as cranberries and small species of Erica , are often classed as subshrubs.

A chamaephyte, subshrub or dwarf-shrub is a plant that bears hibernating buds on persistent shoots near the ground – usually woody plants with perennating buds borne close to the ground, usually less than 25 centimetres (9.8 in) above the soil surface. The significance of the closeness to the ground is that the buds remain within the soil surface layer and are thus somewhat protected from various adverse external influences. Accordingly, the chamaephyte habit is especially common in stressful environments, for example:

The term chamaephyte is most formally used within the context of Raunkiær plant life-forms' classification. Examples of chamaephytes are many of the species living in the maquis shrubland and other plants of submediterranean dry ecosystems (species such as thyme, Thymus vulgaris , and rosemary, Rosmarinus officinalis ); others include heather species (e.g. Calluna vulgaris and Ericas ), African wild olive ( Olea europaea ssp. cuspidata) and edelweiss ( Leontopodium alpinum ). Chamaephytes also include cushion plants. [6]

A shrub is a small-to-medium-sized perennial woody plant. Unlike herbaceous plants, shrubs have persistent woody stems above the ground. Shrubs can be either deciduous or evergreen. They are distinguished from trees by their multiple stems and shorter height, less than 6–10 m (20–33 ft) tall. Small shrubs, less than 2 m (6.6 ft) tall are sometimes termed as subshrubs. Many botanical groups have species that are shrubs, and others that are trees and herbaceous plants instead. 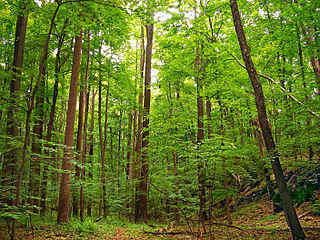 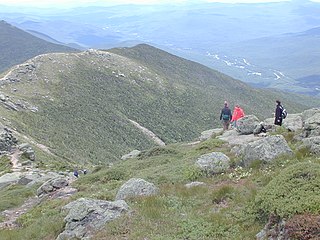 Herbaceous plants are vascular plants that have no persistent woody stems above ground. This broad category of plants includes many perennials, and nearly all annuals and biennials. 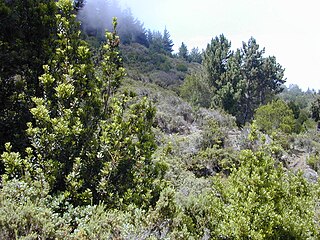 Shrubland, scrubland, scrub, brush, or bush is a plant community characterized by vegetation dominated by shrubs, often also including grasses, herbs, and geophytes. Shrubland may either occur naturally or be the result of human activity. It may be the mature vegetation type in a particular region and remain stable over time, or a transitional community that occurs temporarily as the result of a disturbance, such as fire. A stable state may be maintained by regular natural disturbance such as fire or browsing. Shrubland may be unsuitable for human habitation because of the danger of fire. The term was coined in 1903. 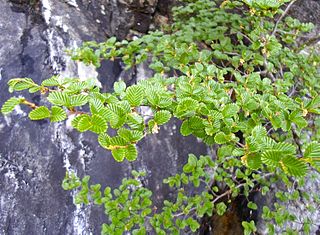 Nothofagus gunnii, the tanglefoot- or deciduous beech, is a deciduous shrub or small tree endemic to the highlands of Tasmania, Australia. It was discovered in 1847 by R.C Gunn N. gunnii is a small woody tree with a shrubby appearance known to grow up to 8 metres (26 ft). It lives only on mountains due to temperature limitations within the Tasmanian maritime climate and mainly grows at altitudes greater than 800 metres (2,600 ft) above sea level. It grows in alpine and sub-alpine regions in the central portions of the island. Though capable of reaching the size of a small tree, it is most common as a thick shrub or woody ground cover, hence its common name of "tanglefoot".

Garrigue or phrygana is a type of low scrubland ecoregion and plant community in the Mediterranean forests, woodlands, and scrub biome. 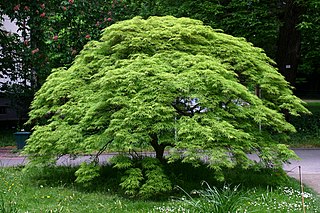 Habit, equivalent to habitus in some applications in biology, refers variously to aspects of behaviour or structure, as follows:

About 1,702 species of plants live on the Arctic tundra, including flowering plants, short shrubs, herbs, grasses, mosses, and lichens. These plants are adapted to short, cold growing seasons. They have the ability to withstand extremely cold temperatures in the winter, and grow and reproduce in summer conditions that are quite limiting.

Plant life-form schemes constitute a way of classifying plants alternatively to the ordinary species-genus-family scientific classification. In colloquial speech, plants may be classified as trees, shrubs, herbs, etc. The scientific use of life-form schemes emphasizes plant function in the ecosystem and that the same function or "adaptedness" to the environment may be achieved in a number of ways, i.e. plant species that are closely related phylogenetically may have widely different life-form, for example Adoxa and Sambucus are from the same family, but the former is a small herbaceous plant and the latter is a shrub or tree. Conversely, unrelated species may share a life-form through convergent evolution.

A cushion plant is a compact, low-growing, mat-forming plant that is found in alpine, subalpine, arctic, or subarctic environments around the world. The term "cushion" is usually applied to woody plants that grow as spreading mats, are limited in height above the ground, have relatively large and deep tap roots, and have life histories adapted to slow growth in a nutrient-poor environment with delayed reproductivity and reproductive cycle adaptations. The plant form is an example of parallel or convergent evolution with species from many different plant families on different continents converging on the same evolutionary adaptations to endure the harsh environmental conditions. 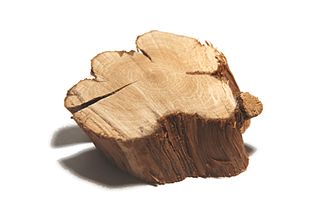 A prostrate shrub is a woody plant, most of the branches of which lie upon or just above the ground, rather than being held erect as are the branches of most trees and shrubs. 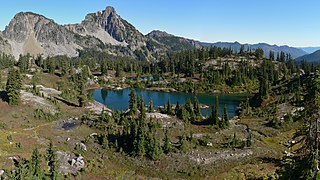 Alpine vegetation refers to the zone of vegetation between the altitudinal limit for tree growth and the nival zone. Alpine zones in Tasmania can be difficult to classify owing to Tasmania's maritime climate limiting snow lie to short periods and the presence of a tree line that is not clearly defined.

The flora of the U.S. Sierra Nevada alpine zone is characterized by small, low growing, cushion and mat forming plants that can survive the harsh conditions in the high-altitude alpine zone above the timber line. These flora often occur in alpine fell-fields. The Sierra Nevada alpine zone lacks a dominant plant species that characterizes it, so may or may not be called a vegetation type. But it is found above the subalpine forest, which is the highest in a succession of recognized vegetation types at increasing elevations.