Commercial law, also known as mercantile law or trade law, is the body of law that applies to the rights, relations, and conduct of persons and business engaged in commerce, merchandising, trade, and sales. [1] It is often considered to be a branch of civil law and deals with issues of both private law and public law.

Commercial law includes within its compass such titles as principal and agent; carriage by land and sea; merchant shipping; guarantee; marine, fire, life, and accident insurance; bills of exchange, negotiable instruments, contracts and partnership. [2] Many of these categories fall within Financial law, an aspect of Commercial law pertaining specifically to financing and the financial markets. It can also be understood to regulate corporate contracts, hiring practices, and the manufacture and sales of consumer goods. Many countries have adopted civil codes that contain comprehensive statements of their commercial law.

In the United States, commercial law is the province of both the United States Congress, under its power to regulate interstate commerce, and the states, under their police power. Efforts have been made to create a unified body of commercial law in the United States; the most successful of these attempts has resulted in the general adoption of the Uniform Commercial Code, which has been adopted in all 50 states (with some modification by state legislatures), the District of Columbia, and the U.S. territories.

Various regulatory schemes control how commerce is conducted, particularly vis-a-vis employees and customers. Privacy laws, safety laws (e.g., the Occupational Safety and Health Act in the United States), and food and drug laws are some examples.

During Middle Ages, Italy was the cradle of many modern institutions at the basis of commercial law. Around 16th century, the trade of Italian maritime republics was the promoter of the birth of commercial law: the jurist Benvenuto Stracca, (Ancona, 1509 - 1579) published in 1553 the treatise De mercatura seu mercatore tractats; it was one of the first, if not the first, legal imprint dealing specifically with commercial law. This treatise focused on merchants and merchant contracts, practices and maritime rights, to which he soon added extensive discussions of bankruptcy, factors and commissions, third party transfers, and insurance. For this reason, Stracca is often considered the father of the commercial law and author of the first Italian treaty about the insurance contract, beyond about the commerce. The legal work of Italian jurists had an impact on Holland, Germany, England and France. [3] 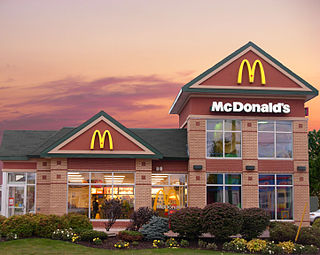 Franchising is based on a marketing concept which can be adopted by an organization as a strategy for business expansion. Where implemented, a franchisor licenses some or all of its know-how, procedures, intellectual property, use of its business model, brand, and rights to sell its branded products and services to a franchisee. In return the franchisee pays certain fees and agrees to comply with certain obligations, typically set out in a franchise agreement.

Admiralty law or maritime law is a body of law that governs nautical issues and private maritime disputes. Admiralty law consists of both domestic law on maritime activities, and private international law governing the relationships between private parties operating or using ocean-going ships. While each legal jurisdiction usually has its own legislation governing maritime matters, the international nature of the topic and the need for uniformity has, since 1900, led to considerable international maritime law developments, including numerous multilateral treaties.

The Commercial Revolution consisted of the creation of a European economy based on trade, which began in the 11th century and lasted until it was succeeded by the Industrial Revolution in the mid-18th century. Beginning with the Crusades, Europeans rediscovered spices, silks, and other commodities rare in Europe. This development created a new desire for trade, and trade expanded in the second half of the Middle Ages. Newly forming European states, through voyages of discovery, were looking for alternative trade routes in the 15th and 16th centuries, which allowed the European powers to build vast, new international trade networks. Nations also sought new sources of wealth and practiced mercantilism and colonialism. The Commercial Revolution is marked by an increase in general commerce, and in the growth of financial services such as banking, insurance and investing.

The Uniform Commercial Code (UCC), first published in 1952, is one of a number of Uniform Acts that have been established as law with the goal of harmonizing the laws of sales and other commercial transactions across the United States through UCC adoption by all 50 states, the District of Columbia, and the Territories of the United States.

Commercial law – body of law that governs business and commercial transactions. It is often considered to be a branch of civil law and deals with issues of both private law and public law. It is also called business law.

The Bürgerliches Gesetzbuch, abbreviated BGB, is the civil code of Germany. In development since 1881, it became effective on 1 January 1900, and was considered a massive and groundbreaking project.

The Merchant Marine Act of 1920 is a United States federal statute that provides for the promotion and maintenance of the American merchant marine. Among other purposes, the law regulates maritime commerce in U.S. waters and between U.S. ports. Section 27 of the Merchant Marine Act is known as the Jones Act and deals with cabotage and requires that all goods transported by water between U.S. ports be carried on U.S.-flag ships, constructed in the United States, owned by U.S. citizens, and crewed by U.S. citizens and U.S. permanent residents. The act was introduced by Senator Wesley Jones. The law also defines certain seaman's rights.

The United Nations Convention on Contracts for the International Sale of Goods (CISG), sometimes known as the Vienna Convention, is a multilateral treaty that establishes a uniform framework for international commerce. As of 2020, it has been ratified by 94 countries, representing two-thirds of world trade.

The history of insurance traces the development of the modern business of insurance against risks, especially regarding cargo, property, death, automobile accidents, and medical treatment.

The Republic of Ancona was a medieval commune and maritime republic notable for its economic development and maritime trade, particularly with the Byzantine Empire and Eastern Mediterranean, although somewhat confined by Venetian supremacy on the sea. It enjoyed excellent relations with the Kingdom of Hungary, was an ally of the Republic of Ragusa, and maintained good relations with the Turks. All these relationships enabled it to serve as central Italy's gateway to the Orient.