Last updated January 21, 2021
Vector bundle of cotangent spaces at every point in a manifold

Let M be a smooth manifold and let M×M be the Cartesian product of M with itself. The diagonal mapping Δ sends a point p in M to the point (p,p) of M×M. The image of Δ is called the diagonal. Let

be the sheaf of germs of smooth functions on M×M which vanish on the diagonal. Then the quotient sheaf

consists of equivalence classes of functions which vanish on the diagonal modulo higher order terms. The cotangent sheaf is defined as the pullback of this sheaf to M:

By Taylor's theorem, this is a locally free sheaf of modules with respect to the sheaf of germs of smooth functions of M. Thus it defines a vector bundle on M: the cotangent bundle.

Smooth sections of the cotangent bundle are called (differential) one-forms.

of manifolds, induces a pullback sheaf

on M. There is an induced map of vector bundles

The tangent bundle of the vector space

, and the cotangent bundle is

Given a smooth manifold

with the condition that

the tangent bundle is

is the directional derivative

. By definition, the cotangent bundle in this case is

corresponds to a unique vector

The cotangent bundle as phase space

The cotangent bundle carries a canonical one-form θ also known as the symplectic potential, Poincaré1-form, or Liouville1-form. This means that if we regard T*M as a manifold in its own right, there is a canonical section of the vector bundle T*(T*M) over T*M.

Intrinsically, the value of the canonical one-form in each fixed point of T*M is given as a pullback. Specifically, suppose that π : T*M→M is the projection of the bundle. Taking a point in Tx*M is the same as choosing of a point x in M and a one-form ω at x, and the tautological one-form θ assigns to the point (x, ω) the value

. But there the one form defined is the sum of

, and the differential is the canonical symplectic form, the sum of

represents the set of possible positions in a dynamical system, then the cotangent bundle

can be thought of as the set of possible positions and momenta. For example, this is a way to describe the phase space of a pendulum. The state of the pendulum is determined by its position (an angle) and its momentum (or equivalently, its velocity, since its mass is constant). The entire state space looks like a cylinder, which is the cotangent bundle of the circle. The above symplectic construction, along with an appropriate energy function, gives a complete determination of the physics of system. See Hamiltonian mechanics and the article on geodesic flow for an explicit construction of the Hamiltonian equations of motion. 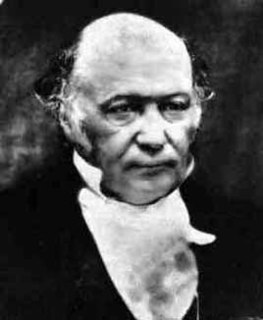 In mathematics, the tautological one-form is a special 1-form defined on the cotangent bundle of a manifold . In physics, it is used to create a correspondence between the velocity of a point in a mechanical system and its momentum, thus providing a bridge between Lagrangian mechanics with Hamiltonian mechanics.

In mathematics, more precisely in differential geometry, a soldering of a fiber bundle to a smooth manifold is a manner of attaching the fibers to the manifold in such a way that they can be regarded as tangent. Intuitively, soldering expresses in abstract terms the idea that a manifold may have a point of contact with a certain model Klein geometry at each point. In extrinsic differential geometry, the soldering is simply expressed by the tangency of the model space to the manifold. In intrinsic geometry, other techniques are needed to express it. Soldering was introduced in this general form by Charles Ehresmann in 1950.

In algebraic geometry, given a morphism f: X → S of schemes, the cotangent sheaf on X is the sheaf of -modules that represents S-derivations in the sense: for any -modules F, there is an isomorphism